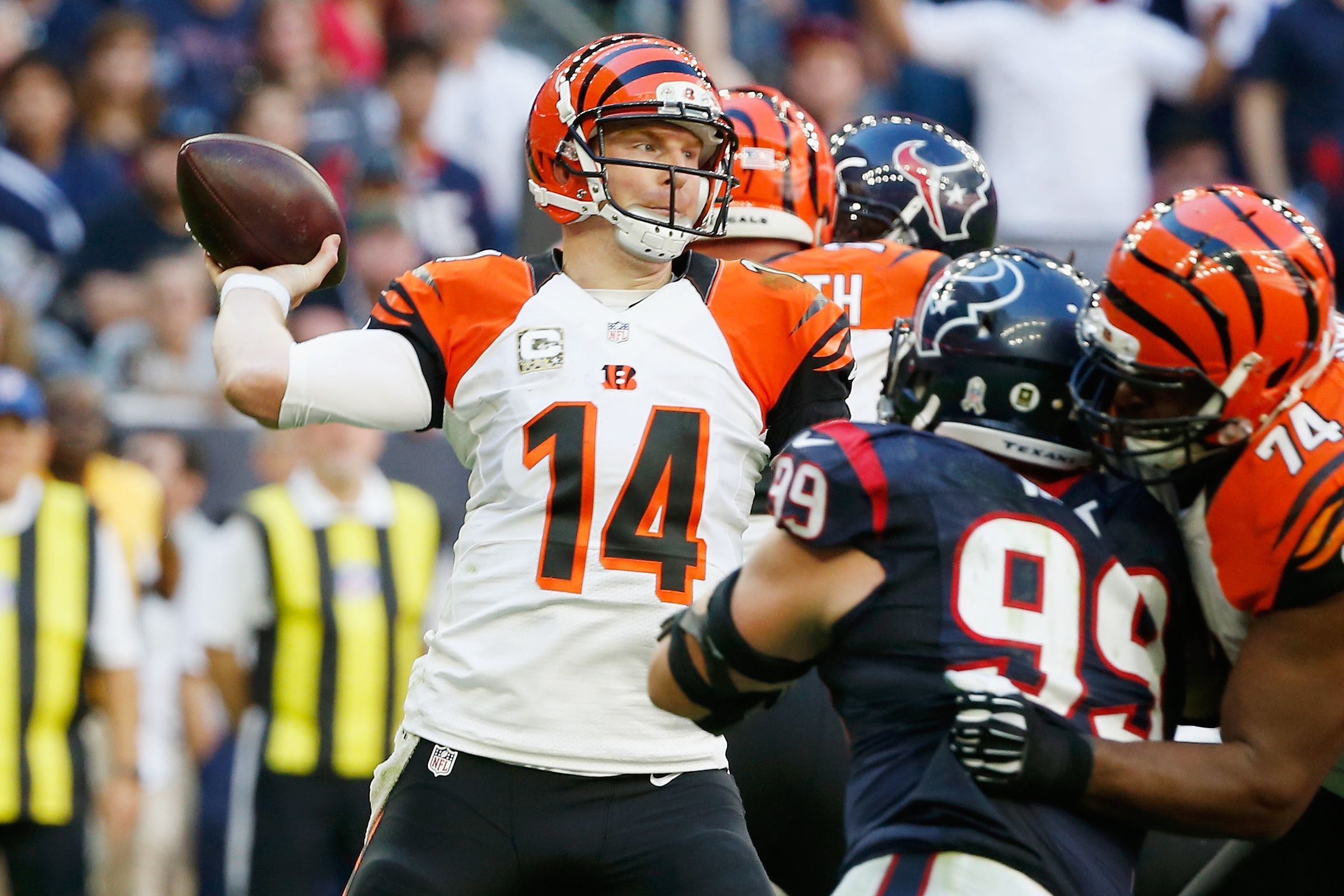 By Don Phillips
HOUSTON (3-5) AT CINCINNATI (8-0)
Monday, Nov 16 2015 at 8:30 PM
Cincinnati’s helmsman Andy Dalton was perfect against the blitz in Week 9, completing all eight of his passes for 121 yards and two scores when the Browns brought five-or-more pass rushers, per my Stats & Info. As heavy home favorites against a reeling Texans secondary, Dalton should rip them apart. Giovani Bernard out-snapped RB Jeremy Hill last week against Cleveland and has clearly looked like the better back. He’s rushing at a 5.6 yards per attempt. Houston has a soft run defense, so Bernard should have an ultra-productive game. Marvin Jones led the team in routes run this past week on the way to leading the Bengals in receiving yardage. With a series of high-percentage routes called for Jones, he should roll tonight especially if Houston makes A.J. Green their primary cover.
Houston’s Brian Hoyer will be trying to keep his hot hand of play since Week 4 when he was renamed the starter. He has thrown for at least 2 touchdowns over that stretch–12 touchdowns to 2 picks the last 5 games. He takes on a Cincinnati secondary that has been stellar in that same time frame. They’ve allowed just 5 scores to opposing quarterbacks. Hoyer will have his work cut out. Leading all receivers in the league with 14 targets per game, Super Star wide out DeAndre Hopkins’ historic usage rate continues to drive an awesome season campaign. The Bengals have been stingy to opposing receivers, allowing just the fifth-fewest points per game to the position. Cincinnati has been somewhat stingy versus opposing wideouts, allowing the fifth-fewest points per game to the position. Nate Washington has posted two stellar statistical showings lately, lending a productive appeal to his profile given such a rich share of a pass-heavy offense.
CINCINNATI is 1-0 against the spread versus HOUSTON over the last 3 seasons
CINCINNATI is 1-0 straight up against HOUSTON over the last 3 seasons

Have you been looking for a safe and secure online sportsbook that has a great reputation? Look no further, read our America’s Bookie review for everything you need to know.