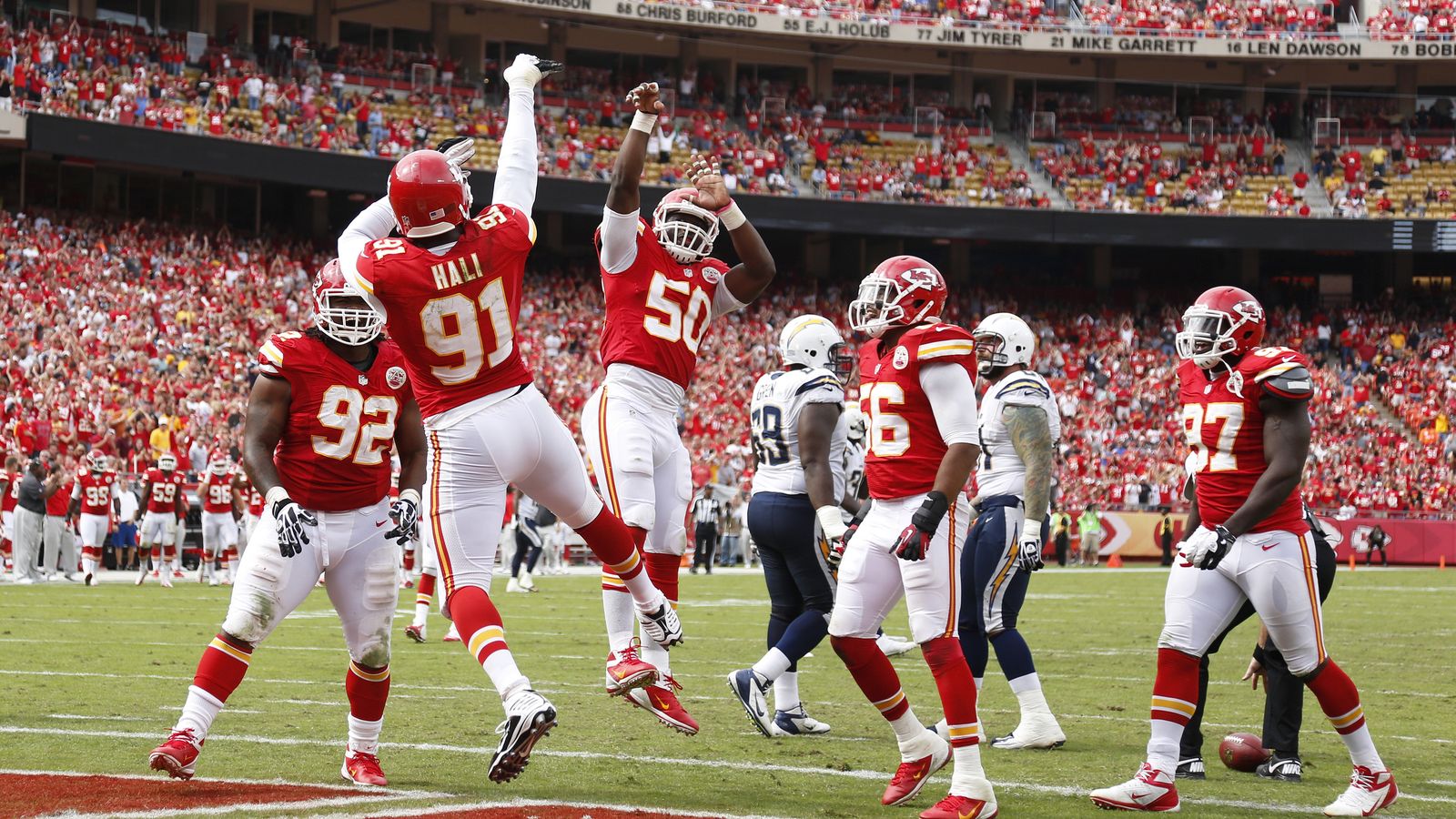 Alex Smith enters a tough spot on the road against New England. His day will be even tougher if he’s without go-to target Jeremy Maclin (ankle), who looks no better than 50-50 to play. Spencer Ware is dealing with a sprained ankle, per Head Coach Andy Reid. He missed practice on Wednesday but still has a shot at suiting up against the Pats. If healthy, Ware should see a sizable workload, especially if Jeremy Maclin (ankle) can’t play.

Ware handled 16 carries for 67 yards and a score in last week’s win over Houston. West will jump several spots if backfield mate Spencer Ware (ankle) can’t go. But if West remains in a timeshare, it’s tough to see much upside here. Ware out-snapped him 38-18 last week, holding West to just 9 touches for 35 yards.

Albert Wilson snagged 2 of 4 targets for only 9 yards last week in Houston, but there’s an opportunity for him to see a bigger role with Jeremy Maclin’s status up in the air. This match-up simply isn’t enticing, as Wilson will see plenty of Logan Ryan and/or Malcolm Butler.

Kelce should be a target magnet with Jeremy Maclin (ankle) unlikely to play. New England has the defensive talent to slow Kelce down, but expect the Chiefs to continue feeding him screens and quick-hitters. The young tight end certainly looked strong during last week’s 8-catch, 128-yard outing at Houston.

A rested Pats offense gives them a good shot at toppling a talented Chiefs secondary. And getting Julian Edelman back in the lineup is huge for quarterback Tom Brady, who slowed down over the final 2 weeks of the season. The key here is the Pats ability to slow down the pass-rushing duo of Tamba Hali and Justin Houston.

Only 5 teams have allowed fewer receptions to running backs than the Chiefs. James White’s upside also takes a hit because of his lack of rushing action (3 or fewer carries in each game this season).

Edelman’s expected to suit up for the 1st time since Week 10. His foot injury might prove tough to overcome, but he should return to a prominent role. He was on a torrid pace before getting hurt, snagging 61 balls through the first 9 games. Edelman’s ability to play all over the formation – and primarily in the slot – means he’ll likely avoid seeing a lot of Kansas City’s top-2 cornerbacks (Sean Smith and Marcus Peters).

Amendola has been playing through a knee injury, but he’s not in danger of missing Saturday’s matchup vs. Kansas City. Volume is the biggest question mark here, although the Pats figure to lean heavy on the short-passing game. Kansas City trots out one of the NFL’s top pass rushing units.

NFL odds experts at America’s Bookie currently have the Patriots a 4½-point home favorite with the number set at 42½ for the first of two AFC games this weekend.

If you want another opinion on this game, or you’re just killing time leading up to this late Saturday afternoon kickoff, have a look at what Joe Berra has to say in his NFL Divisional Round | The Saturday Spread article.