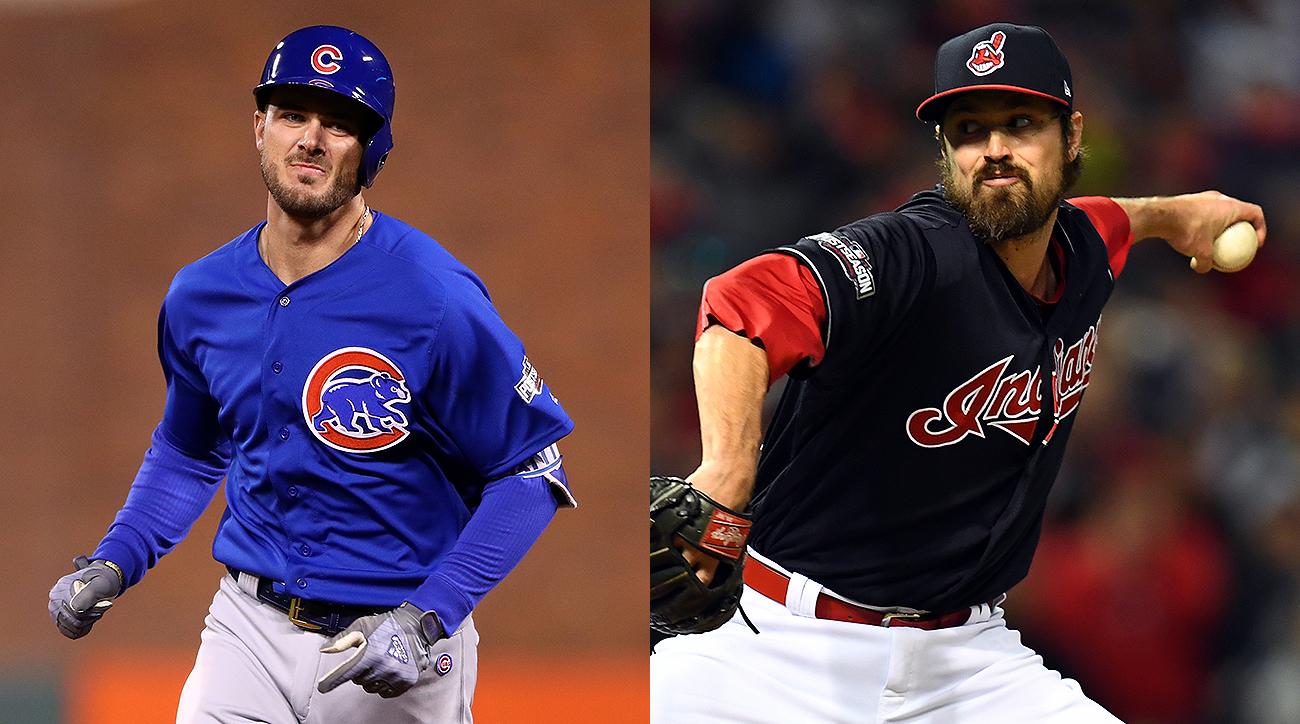 The 2016 MLB World Series gets underway this Tuesday night with Game 1 of a best-of-seven battle between the NL’s Chicago Cubs and the AL’s Cleveland Indians set for an 8 p.m. (ET) start at Progressive Field. The Cubs have been opened as heavy -195 favorites with win their first World Series since 1908 and the series price that Cleveland takes home its first MLB title since 1948 has been set by top sportsbooks at +165.

One of the best things about the World Series when it comes to betting on the games is a full set of series prop bet odds to add even more excitement to the action on the field. This is bound to be a historic event for two storied franchises that have endured quite a bit of postseason anguish and there are a couple of great opportunities for bettors to cash in on all the drama.

Right off the bat are prop bet odds for the actual outcome of this best-of-seven affair that follows a 2-3-2 format. Cleveland has the home field advantage and it will host the first two games as well as the last two in necessary. Chicago will take the series back to Wrigley Field for three-straight games starting with Game 3 this Friday night.

The best odds on the board at +350 have the Cubs winning this series in five games. Next on the list is a Chicago win in six games at +375 followed by a series win in the full seven games at +425. Cleveland’s best odds is a seven-game series victory at +550. The odds that the Indians win in six games have been set at +600 and they move to +1200 for a five-game World Series victory. The longest odds for this prop are +2800 for a Cleveland sweep while you can earn a healthy +650 return on a $100 bet if you think the Cubs can win it all in four games.

The best value on the board could be the Cubs in seven at +425. Cleveland comes into this series playing some of its best ball of the year and it would seem fitting that the series goes the full seven games to give both of these city’s fans their money’s worth of drama whether their team wins or loses.

If you want to bet on the actual length of this year’s World Series regardless of which team wins, then the prop bet odds for seven games has the best odds at +200. The odds move to +210 for six games and +250 for five. The betting odds that one of these two teams does pull off the sweep have been set at +600. The odds for this prop plays right into my original pick of Chicago in seven games making at series pick of seven games at +200 a nice parlay play.

One of the most popular player props for any World Series is betting odds for MVP. Chicago’s Kris Bryant is at the top of the list at +500 and the third baseman comes into this series with 13 hits and six RBI in 10 playoff games. Next is Cubs’ pitcher Jon Lester, who is slated to get the start in Tuesday’s Game 1 at +550 followed by Chicago first baseman Anthony Rizzo at +600. Rizzo knocked in five RBI on nine hits in 10 previous playoff games this year including two home runs. Cleveland will go with Corey Kluber as its starter for Game 1 and he has the best odds to win the MVP from any player on the Indians at +1000.

Since I am already picking the Cubs in seven in what I believe will be a series dominated by pitching, I would have to go with Lester as my top play.