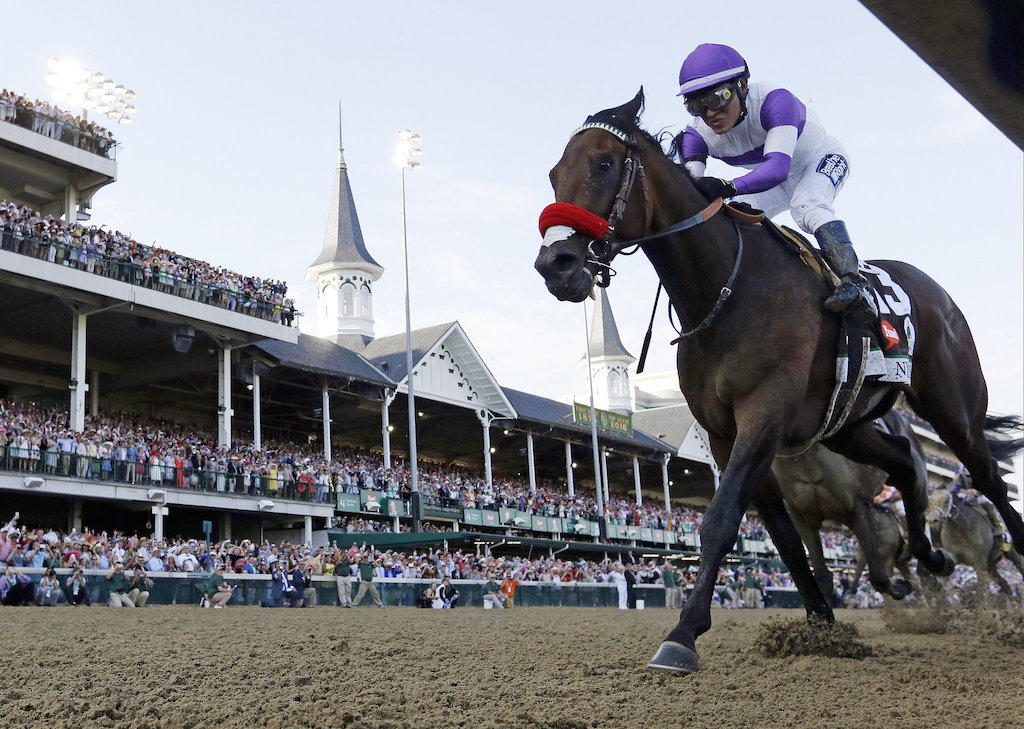 The post positions have been drawn and the morning line odds have been set for this Saturday’s 143rd running of the Kentucky Derby at fabled Churchill Downs. The 20-horse field of the top three-year old thoroughbreds is one of the deepest in years with no clear favorite on the board. While picking winners in a talented field like this can be a challenge for even the top horse racing handicappers in the game, it offers up some great opportunities to cash in on a few head-to-head matchup props at some of the top online sportsbooks offering betting odds.

Classic Empire has the best opening odds on the board at 4/1 and he will break from the No. 14 post. Trained by Mark Casse, he is coming off a big victory in the Grade 1 Arkansas Derby after first catching the eye of bettors as the champion two-year old. The second-favorite breaking from the No. 5 post is trainer Todd Pletcher’s Always Dreaming at 5/1 odds. He threw his hat into the ring as one of the top Kentucky Derby contenders with a recent victory in the Grade 1 Florida Derby at Gulfstream Park.

Two of the other top contenders to win this race are McCraken (5/1) and Irish War Cry (6/1), which really make things interesting on Saturday afternoon at Churchill Downs. Instead of trying to figure out who beats who among the best of the best, I decided to move a bit further down the list in search of some better value in some of the other head-to-head matchup odds.

The matchup at the top of my list would be Gunnevera (-130) against Battle of Midway (-110). Trainer Antonio Sano has to be pleased with Gunnevera’s No. 10 post position in the middle of the pack, but to his right will be trainer Jerry Hollendorfer’s Battle of Midway at No. 11 to really make this matchup interesting.

Battle of Midway may not have as an impressive a resume as his opponent in this matchup, but he offers quite a bit of value to his betting odds given what he has been able to accomplish this year. While he did not race as a two-year old, he has made the most of his three-year old campaign so far with four finishes in the money including a second-place run in the Grade 1 Santa Anita Derby on April 8.

I believe starting this race side-by-side actually favors Battle of Midway at the longer odds given how each horse breaks out of the gate. I also believe that by the time the 1 ¼ miles of dirt have been covered at Churchill, Battle of Midway will be able to edge out Gunnevera at the finish line.

The other head-to-head matchup that would be one of my “best bets” is Tapwrit (-120) against Gormley (-120). Tapwrit is also trained by Pletcher, which to me is an automatic plus and at 20/1 odds on the morning line he has a decent starting position from the No. 16 post. Trainer John Shirreffs may have some concern with Gormley starting a bit further out on the edge at No. 18 at 15/1 odds, which is not ideal for his running style.

I have been a big fan of Tapwrit ever since he won the Grade 2 Tampa Bay Derby on March 11, but his Kentucky Derby stock dropped with a recent fifth-place finish in April’s Grade 2 Blue Grass Stakes.

Gormley faded to fourth in the Grade 2 San Felipe Stakes at Santa Anita Park as part of the Kentucky Derby prep race schedule at that race track, but he won the main event in that racing series with a huge victory in this year’s Grade 1 Santa Anita Derby.

This matchup should be a great battle all the way to the finish line, but I am putting my money on Tapwrit to come out ahead. I am discounting his last time out given what I have seen from this pedigree of Tapit over the course of his early racing career.