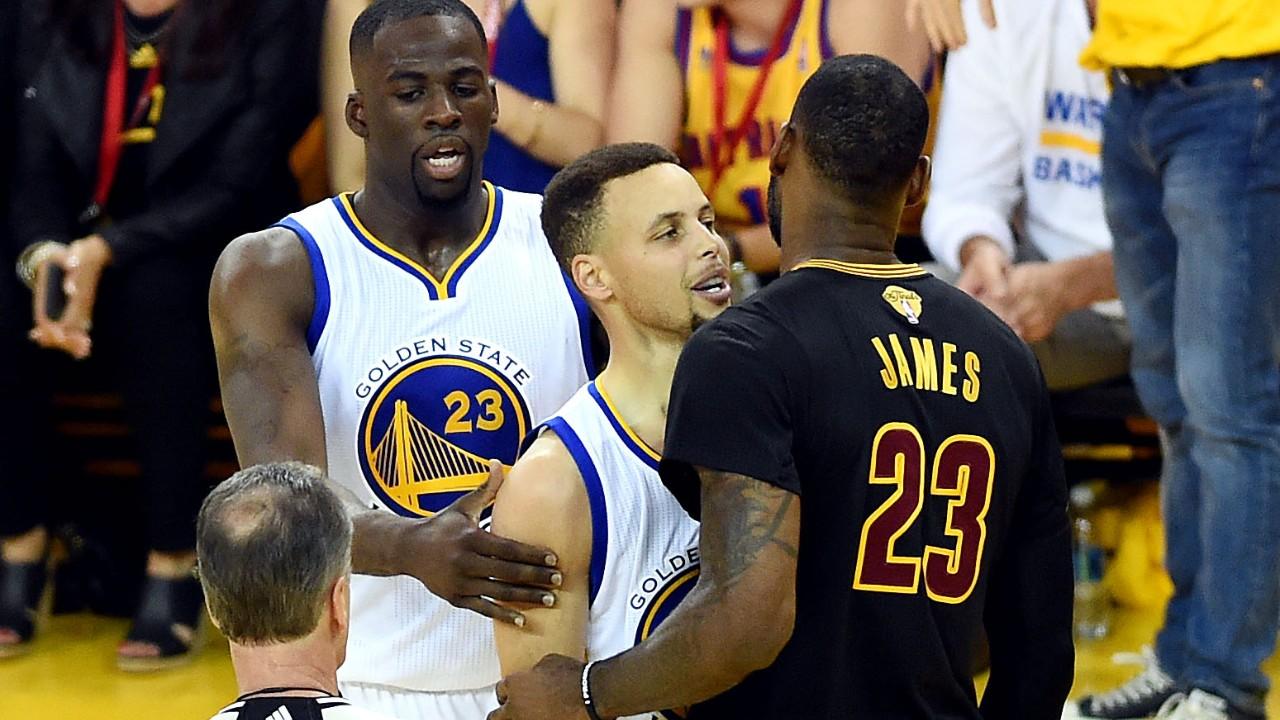 The Oddmakers had been predicting a rubber match all season long between the Cleveland Cavaliers, out of the East and the West’s Golden State Warriors in this season’s NBA Finals when it came to the posted NBA futures odds for each of these team’s chances to win their respective conference title for the third-straight year.

Both came through with flying colors and with the exception of one minor slip up against Boston in the Eastern Conference Finals, both Cleveland and Golden State clearly proved that they are the two best teams in the NBA by a fairly wide margin with their overall performance in this season’s playoffs. Now it is time to try and breakdown this matchup to come up with which team is going to add its second NBA Championship in three years to a very impressive resume.

The Cavaliers needed 13 games to return to the championship series in a SU 12-1 run through their first three playoff series against Indiana, Toronto and Boston. They went 7-4-2 against the spread during this run and the total went OVER in nine of those 13 contests. One of the big pluses was a perfect 7-0 SU record on the road while going a profitable 5-0-2 ATS.

If Cleveland does find a way to beat the Warriors four times in the next few weeks, chances are that LeBron James will have played a major role in what would have to be described as a pretty big upset considering that the Cavaliers’ series price odds coming in have been set at +215. He averaged 32.4 points through 13 postseason games after putting up 26.4 points per game in the regular season.

Both Kyrie Irving and Kevin Love will also have to step things up against Golden State and the simple fact that they are both playing some of their best ball of the season is another huge plus for Cleveland fans. Irving scored 42 points in a crucial Game 4 victory against Boston as part of his 24.5-point scoring average in the playoffs and Love has added another 17.2 points and 10.4 rebounds to the winning formula.

Golden State did not set a new record for most regular season wins this season after raising the bar to 73 wins in 82 games during the 2015/2016 campaign, but it definitely established itself as the best team in the NBA heading into the postseason. There were one or two close calls in its 12-game run to this year’s championship series, but the Warriors were actually able to raise the bar higher in that highly impressive run through Portland, Utah and San Antonio in the first three rounds.

Their record ATS in the playoffs is 8-4 with the total going OVER in nine of the 12 games. Golden State was just 2-4 ATS at home, but in its defense it closed as a double digit favorite in all six contests. It led the league in scoring in the regular season with 115.9 PPG and this number was elevated to 118.3 points in the playoffs while shooting better than 50 percent from the field.

The star power may run just a bit deeper on the Warriors’ roster when it comes to scoring points with four separate players averaging as least 14 PPG during this postseason run. Stephen Curry continues to lead the way with 28.6 PPG and Kevin Durant has proved his worth by connecting on 55.6 percent of his shots from the floor while averaging 25.2 PPG. Klay Thompson (14.4 PPG) and Draymond Green (13.9 PPG) rounds out this foursome of sharpshooters.

–The Cavaliers are 8-1-1 ATS in their last 10 games following a SU win and the total has gone OVER in five of their last six games against a team from the Pacific Division.

–The Warriors have gone 19-6-1 ATS in their last 26 games following a SU win and the total has stayed UNDER in 20 of their last 27 games against a team from the Eastern Conference.

–Head-to-head in this matchup, Golden State has the slight 7-6 edge both SU and ATS in the last two NBA Finals and the home team won each of this year’s meetings in the regular season both SU and ATS. The total stayed UNDER in both of those games and it has stayed UNDER or ended as a PUSH in seven of the last nine meetings.

Golden State was clearly the better team in 2015 and in all honesty it never should have lost the NBA Finals last year. While the cast of characters for both teams has basically remained the same for all three of these championship series, the addition of Durant swings the edge heavily towards Golden State to reclaim its rightful place at the top of the NBA. James always gives Cleveland a chance to win any game it plays, but in the end it will not be enough to win more than two games in this series.