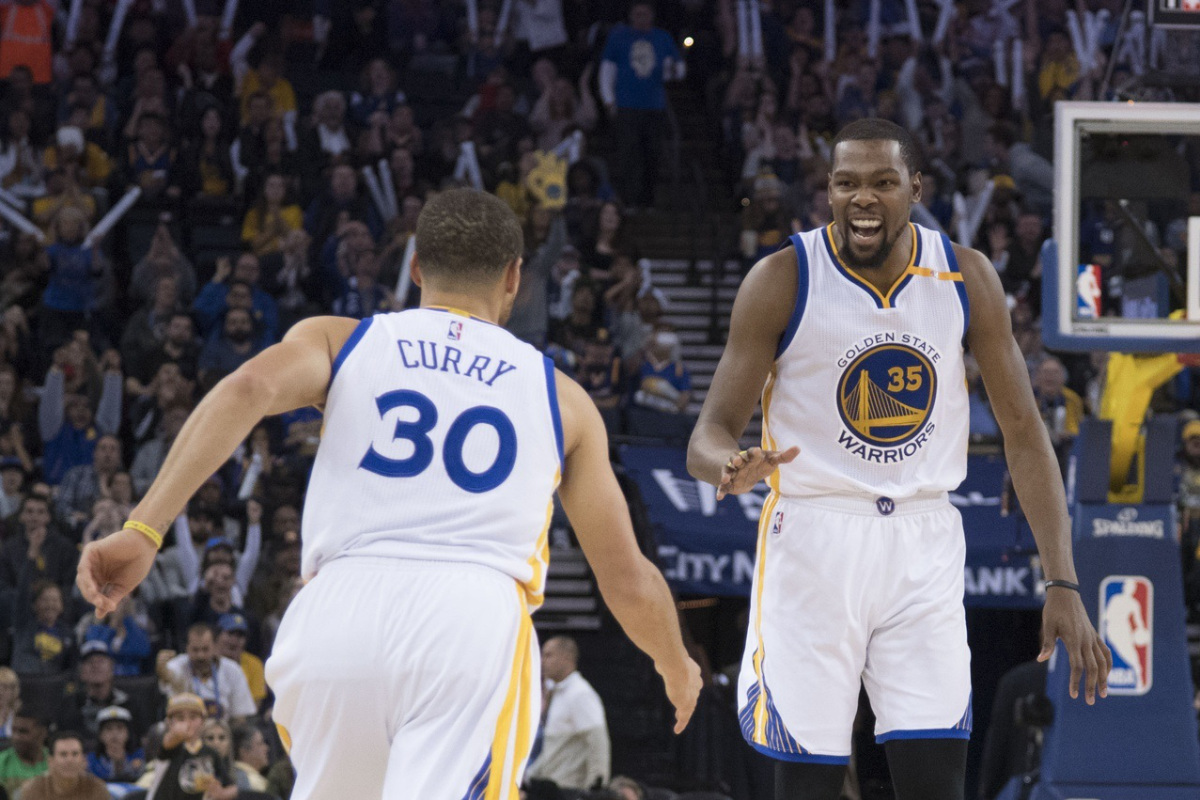 The long wait for the start of this year’s best-of-seven NBA Finals showdown between the Cleveland Cavaliers and the Golden State Warriors is just about over with Game 1 set for Thursday night in a 9 p.m. (ET) tip at Oracle Arena in Oakland.

The Warriors are still listed as seven-point home favorites for Game 1 with most of the top online sportsbooks and the total for the game has settled in at 225.5 points. If you are looking to bet the moneyline for Game 1, you would have to risk around $310 to win a $100 on Golden State. A $100 bet on Cleveland would net around $260 if the Cavaliers pull off the straight-up upset. Betting breakdowns for this game tend to lean toward Cleveland covering with the points at a rate of 55 percent and that same consensus exists for the series opener going OVER the total line.

The list of prop bets for Thursday night’s Game 1 runs pretty deep, so I have broken things down to come up with my top two plays based on the value in the posted odds.

There is a long list of betting options for this prop ranging from +500 odds that Golden State wins by 3-to-6 points all the way to +3300 odds that Cleveland stuns the home-town crowd with a victory by 21 points or more.

Two other options at +500 betting odds include the Warriors winning by 21 points or more as well as a Golden State victory by 10-to-13 points. I have settled in on the latter as my top pick for this prop.

It has been almost a year since Golden State’s meltdown in last year’s NBA Finals after opening up a commanding 3-1 series lead only to go on and lose in seven games. The Warriors went out and added Kevin Durant to the mix as the first big step towards avenging that loss and they have built some huge momentum for this series by sweeping the first three opponents they have faced in this year’s playoffs. All that pent up energy is about to be released on Thursday night at Oracle Arena and while the game will not technically be considered a blowout; it will fall into that 10-to-13 point range.

The “over/under” for largest lead by either team in Game 1 has been set at 17.5 points with a -110 moneyline set for either play.

Another interesting prop for Thursday night is for the race to 20 points and Golden State’s odds are set at -170, while the moneyline for Cleveland reaching 20 points first is set at +150. I would lean towards the Warriors in this prop in anticipation of a fast start out of the gate, but the risk/reward for this bet is a bit too high. That being said, I really like the value in the betting odds for the OVER 17.5 points when it comes to the largest lead since I do believe that Golden State will take control early and never really be in danger of losing this game.

Cleveland may be a seven-point underdog for Thursday night and a heavy +225 underdog when it comes to the series price odds for this year’s NBA Finals, but the Cavaliers still open this best-of-seven rubber match as the defending champs. Using the same reasoning as I did for my pick in the first prop, I think that the Warriors are bent on making a statement in this game. They want to set the tone for the entire series that the road to this year’s NBA title still has to go through Golden State. The Cavaliers have already proven themselves to be too good of a team to get their doors completely blown off in this game, but at some point on Thursday night look for Cleveland to be down by at least 20 points to Golden State.