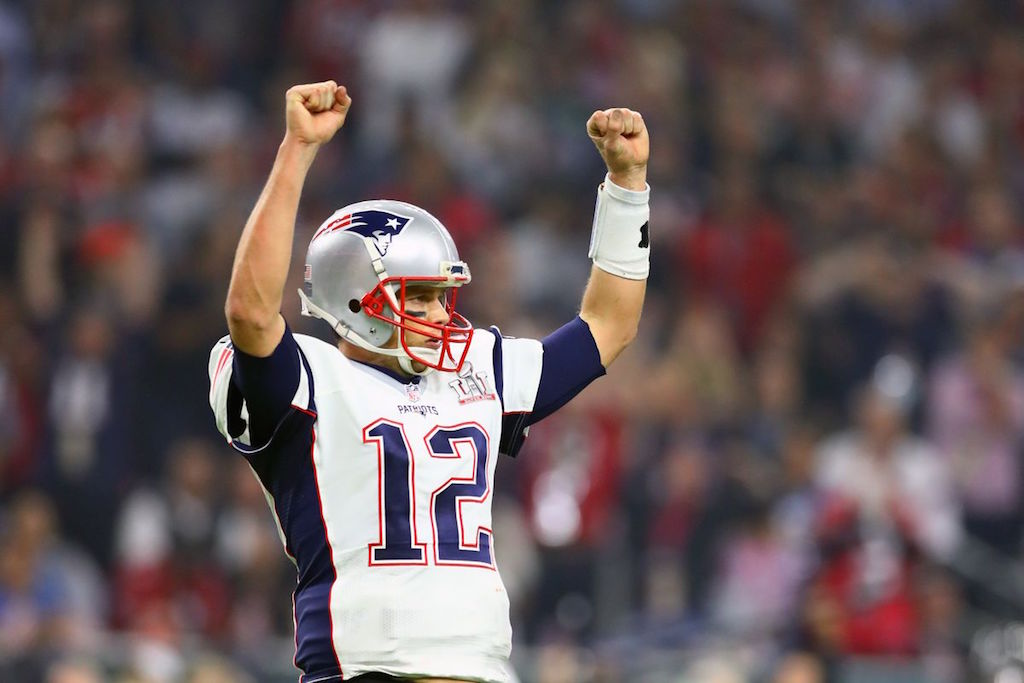 It is not uncommon for Tom Brady to be the center of attention given everything he has accomplished in what is pretty much guaranteed to be a Hall of Fame career. The New England quarterback was in the spotlight this week because of his 40th birthday. He obviously has no intention of hanging up his cleats in the near future in his attempt to become the first starting quarterback to win a Super Bowl at 40 or older.

One of the top online sportsbooks in the sports betting game today has used this momentous milestone as a good reason to release a few special NFL props covering Brady’s performance in the 2017 regular season. After going through the posted betting odds for a few of these props, the following are my picks with the best value in the numbers.

Going with the assumption that Brady does start all 16 games this year, I believe that the best betting value in the posted odds for this prop would be +300 for 4700 to 4899 yards. The loss of LeGarrette Blount’s 1,161 yards in the running game last season could be a tough void to fill by both James White and Dion Lewis forcing the Patriots to rely more heavily on moving the ball down the field through the air.

With the exception of the 2008 season when Brady only started one game due to injury, he has thrown for at least 25 touchdowns in the regular season over the past 10 years. He reached 28 TD passes last season in 12 games and given that I already have him throwing more this season, it is safe to say he could easily be well north of 30 TD throws in 2017. From 2010 through the 2015 season, Brady threw for an average of 33.8 touchdowns. Taking everything into consideration, I would go with the +130 odds in this prop for 34-35 touchdown passes in 2017.

Once again, the key factor in finding the value in this prop is how much New England will rely on its passing game this season. When Brady has put the ball up 600 times or more in a season over the course of his career, he has also thrown an average of 10.4 interceptions. His best ratio was in 2015 when he threw the ball 624 times and was only picked off seven times. His worst ratio in recent memory was in 2013 when he was picked off 11 times on 628 attempts. I will take the middle ground in this prop in an effort to stretch the odds by going with 10 INT’s or more at +400.