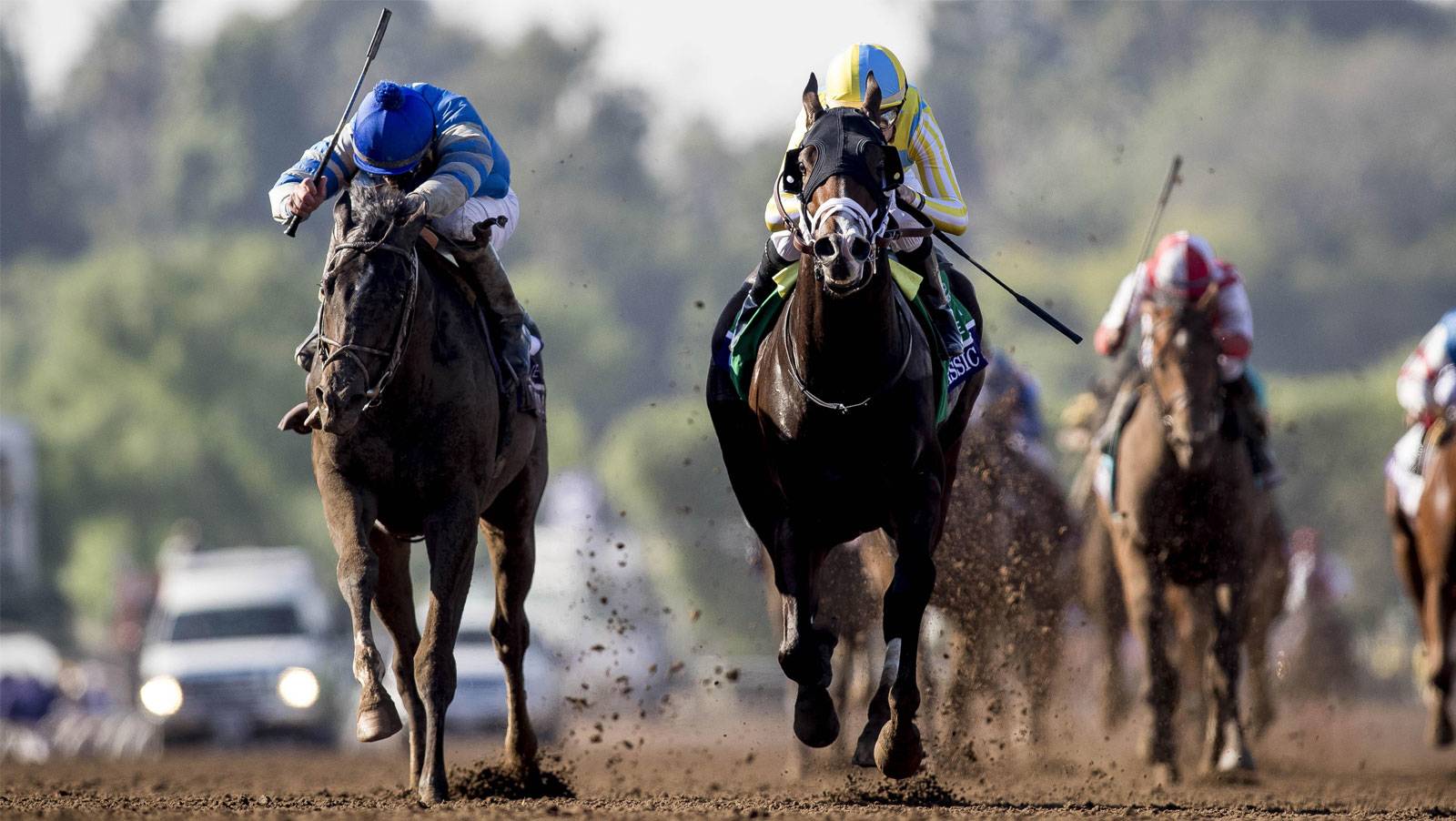 One of the best ways to bet on any major graded stakes race when it comes to horses is on the head-to-head matchup odds that are released by some of the top offshore sportsbooks taking action online. As part of the Triple Crown racing series for the top three-year old thoroughbreds, this Saturday’s 142nd running of the Preakness Stakes at Pimlico Race Course offers up a great opportunity to cash in on a few of these types of bets.

The big story in this year’s Preakness Stakes is Always Deaming’s attempt to win the second leg of the Triple Crown after taking first place in the Kentucky Derby by 2 ¾ lengths on a sloppy track at Churchill Downs on May 6. He has been opened as a 4/5 favorite to win on Saturday and his biggest competition should come from Classic Empire as a 3/1 second-favorite to win.

One of the many subplots surrounding Saturday’s main event at Pimlico are the five Preakness entries did not run in the Kentucky Derby. These unknown entities have the built-in edge of being well rested for this race, but the big question is do any of the five have what it takes to actually win.

The following is a closer look at my top two head-to-head picks for the Preakness based on the value in the posted betting odds.

Always Dreaming will break from the fourth post in the Preakness as one of 10 entries which should probably be considered a plus after winning the Kentucky Derby out of the No. 5 post in a much more crowded field of 20 horses. He is trained by Todd Pletcher and ridden by veteran jockey John Velazquez and what this Kentucky-bred colt lacks in experience with just six career races on the resume, he more than makes up for when it comes to winning big-money events. Before his victory in the Kentucky Derby, he finished first in April’s Grade 1 Florida Derby at Gulfstream.

It what could set the stage for the ultimate head-to-head matchup in a Triple Crown event, Classic Empire will start this race from the No. 5 post right next to his biggest competition. Installed as a 4/1 favorite when the morning line odds were released for the Kentucky Derby, he closed at 6/1 odds breaking out of the No. 14 post. It was a rough ride from the start with some major bumping going on, but the former two-year old champion was still able to salvage a fourth-place finish in that race. Trained by Mark Casse with Julien Leparoux getting the ride, this son of Pioneerof the Nile should have a much easier time avoiding the traffic this Saturday afternoon.

Best Bet Pick: This should be a great battle wire to wire, but I am going with the favorable odds on Classic Empire in this matchup in light of the fact that I have this three-year old colt as my top pick to win this race.

Cloud Computing is one of the five entries in this Saturday’s Preakness making his Triple Crown series debut. He has been opened at 12/1 odds to win coming out of the No. 2 post. His only victory as a three-year old was in a Maiden Special Weight race at Aqueduct, but he has been competitive in some big-time races with a second-place finish in the Grade 2 Gotham Stakes before taking third in this year’s Grade 1 Wood Memorial. This Kentucky-bred colt is trained by Chad Brown with jockey Javier Castellano getting the ride.

A pedigree of Uncle Mo, Conquest Mo Money will start this race from the No. 10 post at 15/1 odds on the morning line. I really liked this New York-bred colt from the start this season following his victory in the ungraded Mine That Bird Derby at Sunland Park in late February over Irap and Oh So Regal at a distance of 1 1/16 miles. He moved way up on my list after finishing second to Classic Empire in the Grade 1 Arkansas Derby at Oaklawn Park on April 15. Another big plus is that trainer Miguel Hernandez and the ownership team at Judge Lanier Racing decided to hold him out of the Kentucky Derby to specifically train for this race.

Best Bet Pick: I not only think that Conquest Mo Money means some easy money in this head-to-head matchup, I see him working his way into the money with a third-place finish in this race.