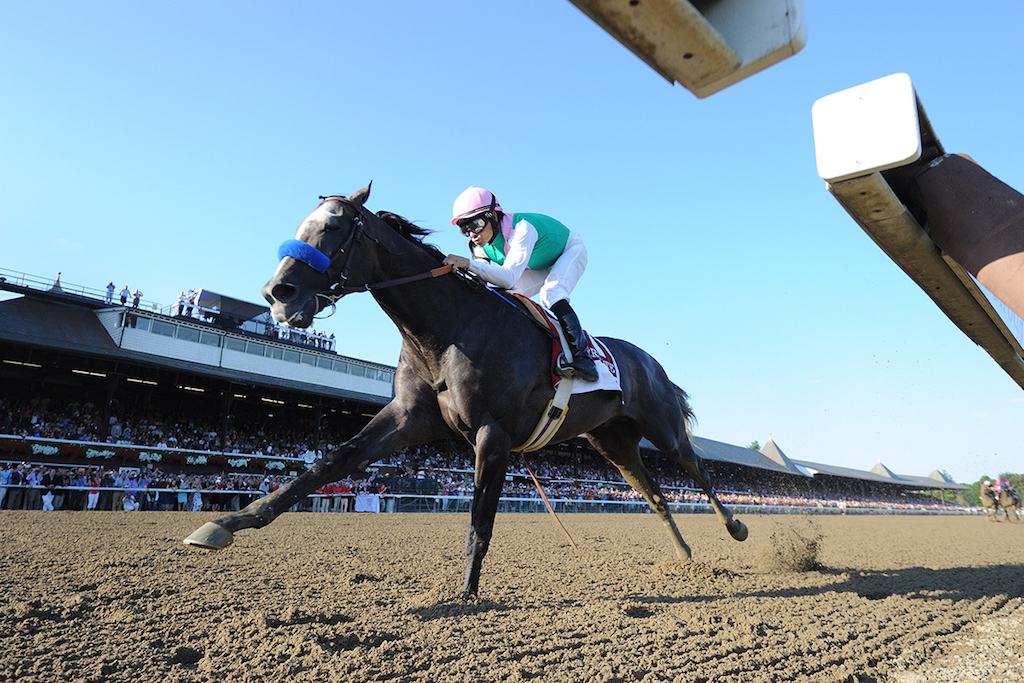 Saratoga Race Course in Upstate New York is one of the most famous horse racing venues in the nation when it comes to its summer season. The first Saturday in August offers up one of the best racing cards during this track’s summer run with a full slate of major graded stakes events highlighted by the running of the $1.2 million Whitney Handicap. Some of the top thoroughbreds in the nation are expected to compete in this year’s event as a lead in to the 2017 Breeders’ Cup in early November at Del Mar.

The Whitney is a Grade 1 stakes race for three-year old thoroughbreds and up and it will be contested on the dirt track at Saratoga over a distance of 1 1/8 miles. After breaking down the field of seven probable entries, the following three contenders would be my ‘best bet’ for a winning trifecta play.

I am going chalk with the clear favorite to win on Saturday, but given this four-year old Kentucky-bred colt’s recent track record, it would be hard to go against him. Trained by Steve Asmussen, he is coming off a big victory in the Grade 1 Stephen Foster Handicap at Churchill Downs on June 17 at a distance of 1 1/8 miles. Going back to his third-place finish in last year’s Grade 1 Travers Stakes at Saratoga, Gun Runner has not finished out of the money in his last seven graded stakes events including a victory in the Grade 3 Razorback Handicap at Oaklawn Park to start his 2017 campaign.

This would be my second choice for the main event at Saratoga this Saturday with famed trainer Todd Pletcher getting him ready to run. This five-year old veteran horse has been a money making machine since his days as a juvenile and he continues to finish in the money on a regular basis in the events that suit his style and distance. His most recent victory came in the Grade 2 Suburban Handicap at Belmont Park on July 8 at a distance of 1 ¼ miles. After taking third in last year’s Breeders’ Cup Classic behind Arrogate and California Chrome, he has now finished in the money in three of his last five events.

This son of Curlin has the second-highest ranking in the projected field for the Whitney at No. 50 and his current rating stands at 8.13. His biggest victory during this very successful career was in the Travers at this very track back in 2015.

The probable field for Saturday is deep with strong contenders such as Breaking Lucky and Tu Brutas expected to be right in the mix, but this five-year old gelding bred in Kentucky would be my top pick to round out a trifecta play. He is coming off a victory in the Grade 2 Brooklyn Invitational on June 10 at Belmont at a distance of 1 ½ miles under the watchful eye of trainer Jorge Navarro. This followed a third-place run in the Grade 2 Charles Town Classic over 1 1/8 miles back in late April. War Story started 2017 with a respectable fifth-place finish in the Grade 1 Pegasus World Cup against one of the strongest fields ever assembled for a big money stakes race.

As a pedigree of Northern Afleet, his current form has him ranked No. 220 by HRN with a rating of 7.44. While War Story may not have as gaudy a resume as some of the other thoroughbreds in Saturday’s field, the fact that he is coming off a big victory his last time out should work in his favor.