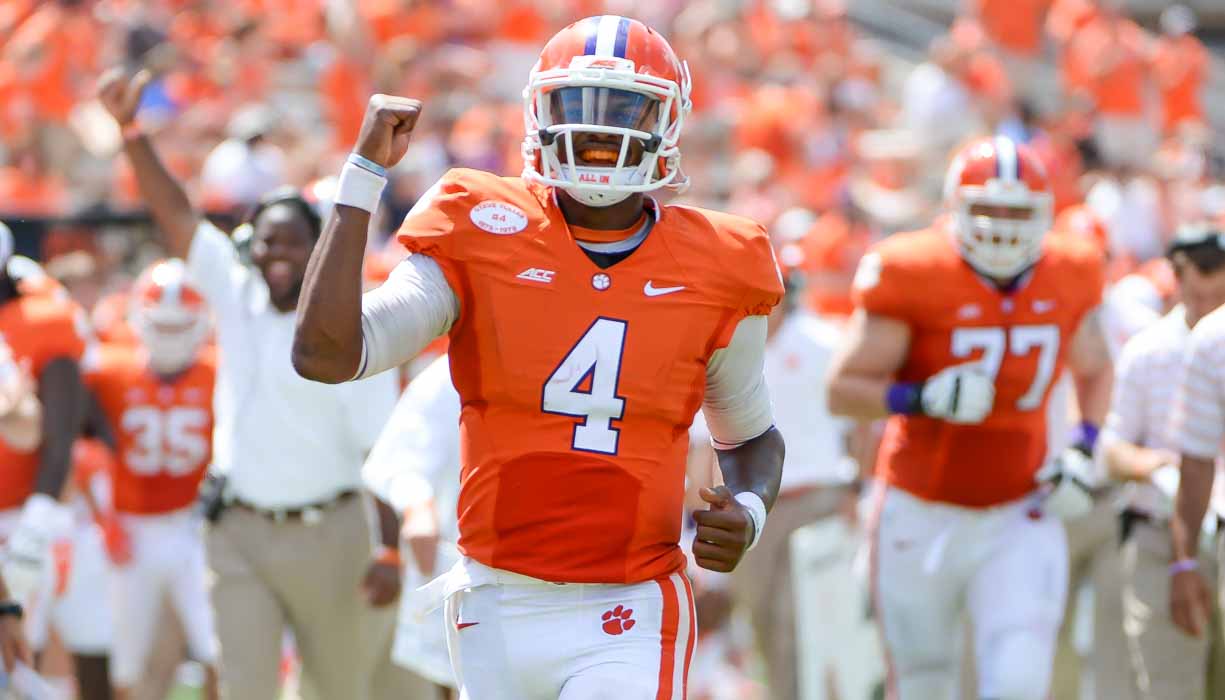 Clemson has achieved a No. 1 national ranking for each of the last four weeks with a combined zero returning starters in the offensive and defensive lines from the previous season. Has a team ever reached No. 1 ranked status with such inexperience in the lines?

The Clemson offensive line has been one of the most overachieving in the nation and is a big reason the Tigers are 12-0. All-five starters on this year’s offensive line were named to an All-ACC team (1, 2 or 3), a first in Clemson history.

The offensive line has been a big reason Clemson has had nine games of at least 200 yards rushing, including wins over Louisville, Notre Dame, Georgia Tech and Florida State. The biggest indicator that this line was something special was the win over Notre Dame when Clemson won the rushing battle, 202-116. Notre Dame’s offensive line was regarded as among the best in the nation entering the season.

Clemson quarterback Deshaun Watson is fourth in the nation in Quarterback Rating with an 85.4 figure according to ESPN’s formula for calculating the statistic. Watson’s 98.9 rating at Miami on October 24 was the best in the nation this year by a quarterback from a Power Five Conference school against another Power Five Conference school. Watson also ranks in the top 25 in many other more conventional NCAA statistics, including third in completion percentage with a .704 mark, on pace to be the best in Clemson history.

Carolina is averaging 7.46 yards per play, which ranks second in the country behind only Baylor at 7.47. The Tar Heels’ running game is averaging 6.0 yards per carry, which is third nationally. Carolina has led by double digits in all 11 wins this season.

The only teams to post 59-plus points against consecutive bowl-eligible Power 5/automatic qualifier foes in last 10 years are Carolina in 2015 and Oklahoma in 2008. Carolina recorded a 66-31 win over Duke and the next week had a 59-21 win over Miami. North Carolina ranks 16th in the nation in turnover margin. Only once this season has a UNC running back (Hood vs. NC State) lost a fumble. Carolina is tied for eighth for the fewest sacks allowed this season with 12. Carolina has allowed just 51 tackles for loss, which ranks seventh nationally.