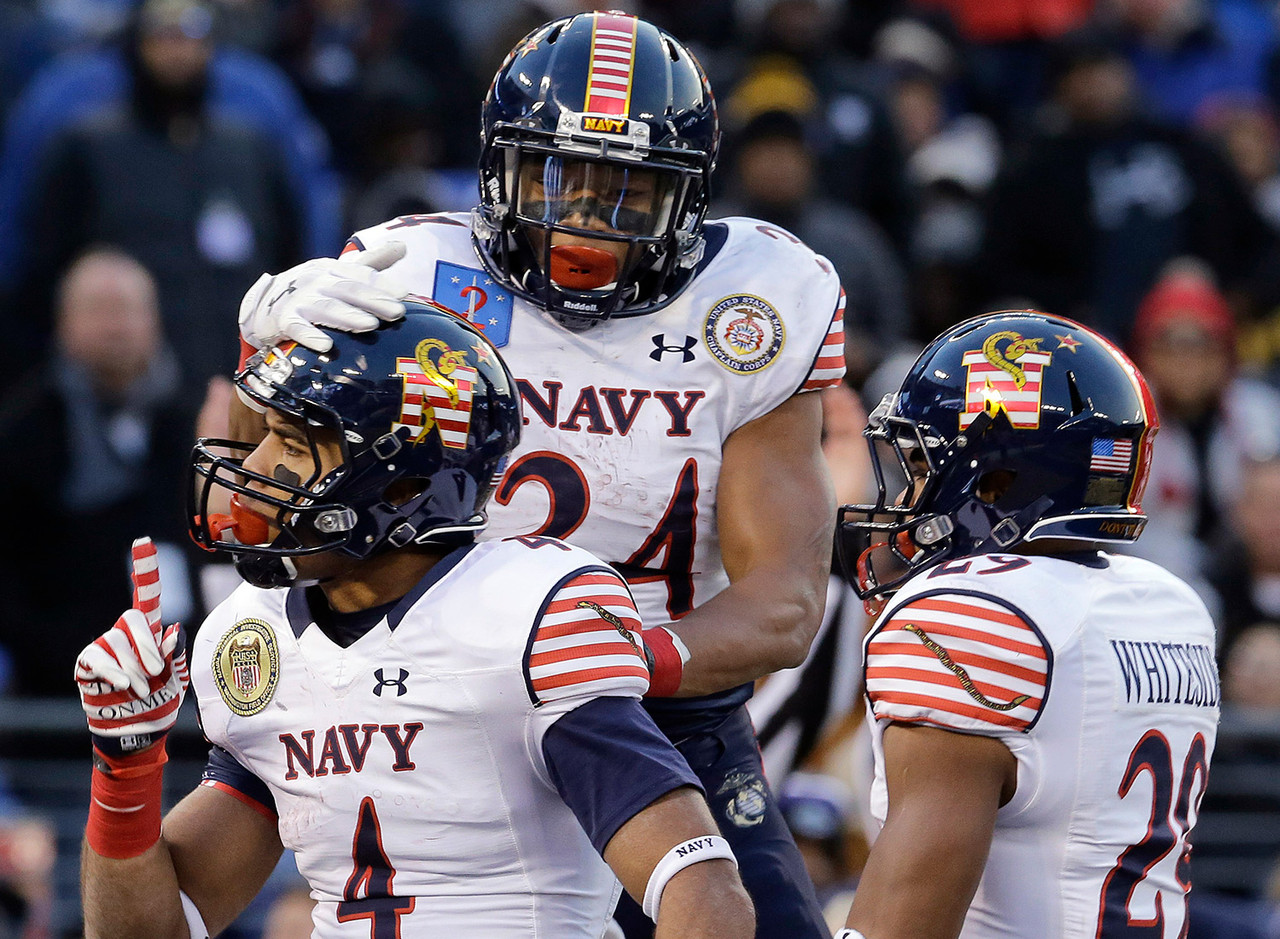 Army West Point has started three different quarterbacks with freshman Chris Carter getting the start in its last game against Rutgers. Carter performed well, throwing for 140 yards and a touchdown, while rushing for 111 yards and a touchdown. Ahmad Bradshaw (23-48 for 429 yards with five touchdowns and two interceptions) and A.J. Schurr (11-29 for 300 yards with three touchdowns and four interceptions) have also seen time.

Aaron Kemper is Army West Point’s leading rusher with 506 yards and three touchdowns on 94 carries. Bradshaw has rushed for 468 yards and five touchdowns on 130 carries, while Schurr has run for seven touchdowns.

The Army West Point defense is led by Andrew King who has had a great year with 89 tackles, 15.5 tackles for a loss, 4.5 sacks and two fumble recoveries. Jeremy Timp is next in line with 83 tackles, four tackles for a loss, 1.5 sacks, an interception and a forced fumble.

Senior quarterback Keenan Reynolds, the most prolific scorer in major college football history, was honored as the American Athletic Conference’s Offensive Player of the Year, while head coach Ken Niumatalolo was named Co-Coach of the Year with Houston’s Tom Herman by the league’s 12 head coaches.

Considered by some analysts as the greatest triple-option quarterback of all-time, Reynolds was chosen as the American Athletic Conference Offensive Player of the Year after he rushed for 1,093 yards and a league-leading 19 touchdowns. Reynolds also threw six touchdown passes with one interception in 84 attempts. He enters the annual Army-Navy game as the NCAA career leader in touchdowns scored (83), rushing touchdowns (83) and points scored (500) and is second among all active FBS players with 4,195 career rushing yards. Reynolds is second among all American Athletic Conference players in rushing this season (99.4) and is ranked sixth among NCAA FBS players in scoring (10.4).

Niumatalolo was named the American Athletic Conference Co-Coach of the Year after he led Navy to a 9-2 regular-season and a 7-1 mark in the Mids’ first year as a conference member. Navy has been ranked in the top 25 in each of the last five weeks – a feat last accomplished in Annapolis in 1963. Along the way, Navy has committed the fewest penalties (35) and has the fewest turnovers (7) of any team in the nation.

Senior guard e.K. Binns, who was the anchor of an offensive line that helped the Mids rush for 330.1 yards per game (second best in the country) and average 37.5 points per contest (17th in the nation), was named to the first team offensive line. Be sure to check the latest lines at America’s Bookie, and if you’re looking for a second opinion on the Army/Navy, here’s what Dan Leach has to say about it.