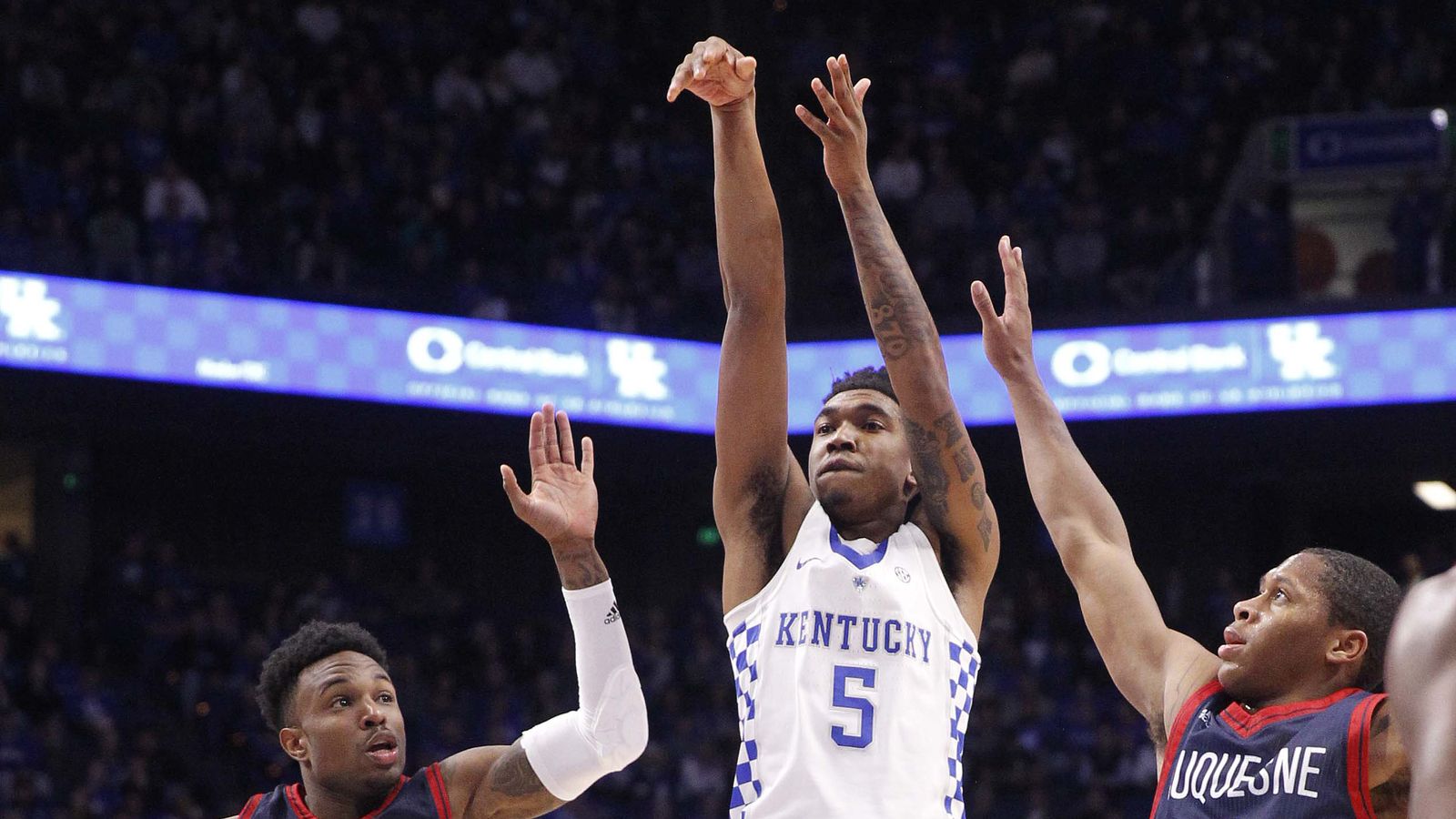 A new college basketball season is in full swing heading into the month of December, but this sport still tends to take a backseat to college football this time of year with sports bettors. Many bettors prefer to wait until after the college bowl season and the College Football Playoff to a national title before turning their attention to betting on college hoops. If this sounds like your betting strategy when it comes to college sports, you might want to rethink things in light of some golden opportunities on an almost daily basis to cash in on college basketball over the next few weeks.

The current national rankings with both the AP Top 25 and the USA Today Coaches Poll are basically in agreement that the Kentucky Wildcats and the Villanova Wildcats are the top two college hoops programs in the nation heading into the final few days of November. The early college basketball betting trends also points towards the SEC’s Wildcats as being one of the top betting teams in the country at 5-1 against the spread in a straight-up 6-0 start. However, the defending national champion Wildcats out of the Big East would be a bit further down the list in this category at 3-2 ATS as opposed to their perfect 6-0 SU start.

Kentucky has breezed through its first six games with double-digit victories in all six matchups while covering spreads of 21.5-points or more in four of five contests. Things should get a bit tougher this week starting on Monday night as a 16.5-point favorite against 4-2 Arizona State in a SEC/Pac-12 matchup in a tournament in the Bahamas. Later this week, the Wildcats will face another Pac-12 foe when they play host to No. 14 UCLA, which is off to a perfect 7-0 SU start while going 5-2 ATS.

Villanova will put its six-game winning streak this season on the line against a Philadelphia Big 5 rival in a road game against Ivy League Penn on Tuesday night. The Wildcats stay local over the next week or so with a home games against the Atlantic 10’s St. Joes Owls in another Big 5 showdown this Saturday followed by next Tuesday’s matchup against another local A-10 team in La Salle.

If you are looking for another Philly school to bet on right now, you might want to take a closer look at AAC’s Temple Owls. The football team faces Navy in the conference title game this upcoming Saturday as a three-point underdog and it brings a ridiculously profitable 11-game winning streak ATS into that matchup. The Owls’ men’s basketball team has also been lining bettor’s pockets in the early going of its season with a SU 4-2 start that remains a perfect 5-0 ATS. Combined, these two teams have gone a perfect 16-0 ATS in their last 16 games. Another AAC college basketball team that has gotten off to a hot start ATS is the 4-1 Central Florida Knights, who have covered in all three games they played with posted betting lines.

There are three teams in the ACC that have started the college basketball undefeated. The one at the top of the list for sports bettors would be the No. 4 North Carolina Tar Heels. Following last Wednesday’s 71-56 victory against the Big Ten’s Wisconsin Badgers as 4.5-point favorites, North Carolina is a perfect 7-0 SU with a 5-1-1 record ATS. No. 6 Virginia has opened the season with six-straight wins and its record ATS is also solid at 4-1 in games with a posted line. The third undefeated team in this conference is Notre Dame at 6-0 SU and the Fighting Irish have covered in both of the games they have played with a posted betting line.