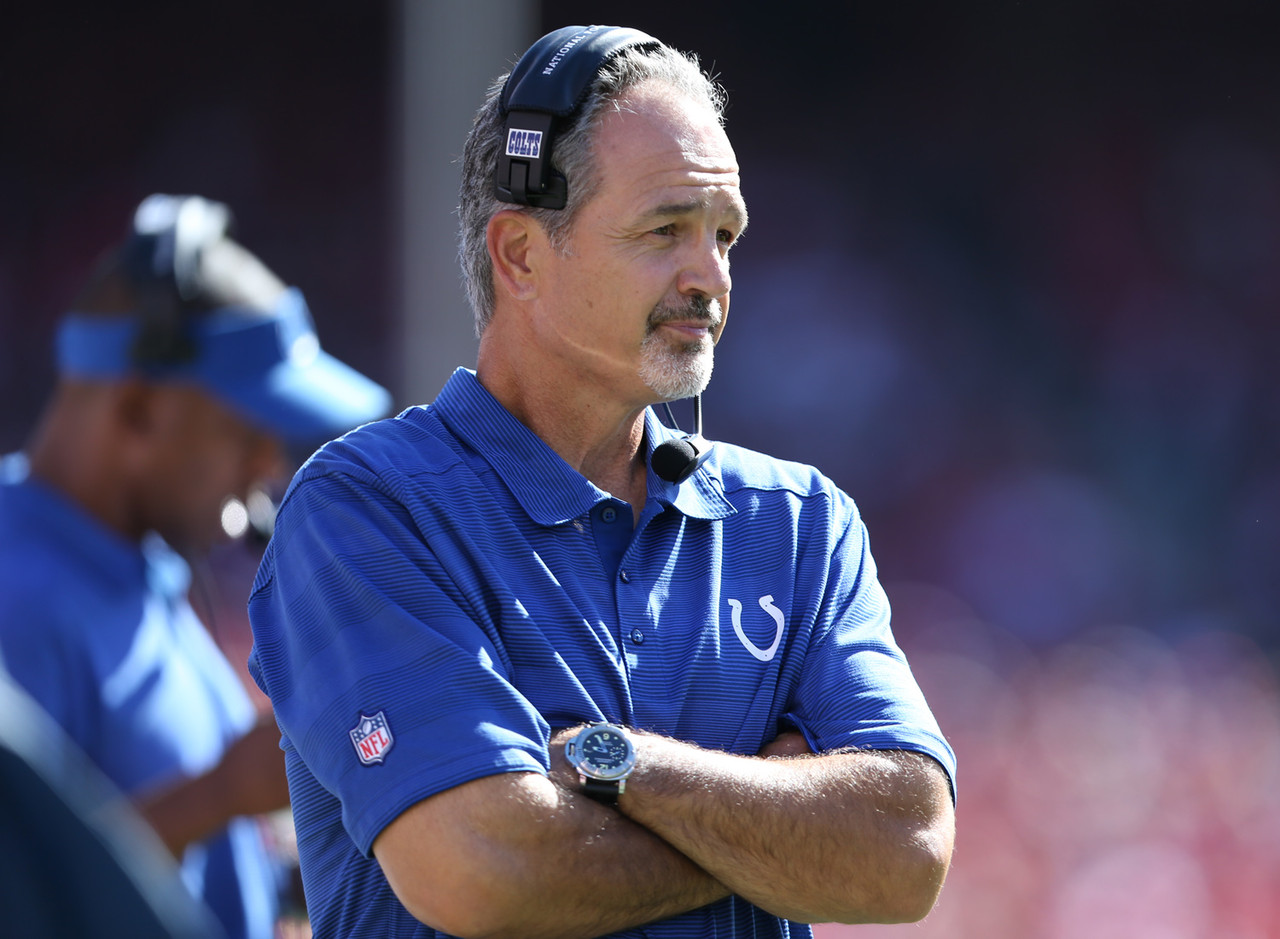 We are just four weeks into a new NFL regular season and there is already widespread speculation across the league as to which team will be the first to pull the plug on their head coach following a disappointing start out of the gate. You could argue that all 32 NFL head coaches are always on the hot seat and it is just a matter of how high a team’s owner decides to turn up the heat, but there are a few coaches that are in legitimate danger of losing their jobs if their team does not quickly turn things around.

This dire situation for these unfortunate few sets up a perfect betting opportunity to capitalize on their misfortune. Prop bet odds have been posted for 13 head coaches as far as their employment status with their current team and right now Chuck Pagano’ seat is the hottest at +150 odds to become the first coaching casualty this year.

It was not that long ago that Pagano was the toast of the town in Indianapolis following three-straight 11-win seasons, but this is a “what have you done for me lately” league and the Colts’ 1-3 start cannot be sitting well with team owner Jim Irsay. Irsay watched his team fall to 8-8 last season with his star quarterback Andrew Luck on the injured list for most of the year, but Pagano is running out of excuses this season with a healthy Luck back at the helm. The Colts’ offense has done its part with an average of 27 points a game, but it is going to be their defense that gets their coach fired. Indy is ranked 24th in the NFL in yards allowed and 30th in points allowed.

Next on the list is San Diego Chargers’ head coach Mike McCoy at +450 betting odds. There could be some good value in that number following his team’s late-game collapse against New Orleans last week in a 35-34 loss that dropped San Diego to 1-3 on the year. It has been a steady decline for a team that was routinely at the top of the standings in the AFC West. McCoy got the Chargers into the postseason at 9-7 in his first season as head coach, but this was followed by another 9-7 record in 2014 that was not good enough to make the playoffs. Things went downhill from there with just four wins in 2015.

The best value on the board could be Gus Bradley’s +500 betting odds to be the first head coach fired following Jacksonville’s disappointing 1-3 start. In his defense, the Jaguars should have probably beaten Green Bay on opening day and they were competitive against Baltimore. However, the amount of talent that this team has been able to accumulate through the draft following three losing seasons where his teams won a combined 12 games will surely work against his chances to keep his job. Jacksonville snapped the skid with last week’s victory at home against Indianapolis (also not good for Pagano), but he is still on a very short leash with winnable games against Chicago and Tennessee coming up in the next three weeks.

A few of the other head coaches that should be updating their resumes if the losses keep piling up include Detroit’s Jim Caldwell at +800 and Buffalo’s Rex Ryan at +1000. You would have to think that Sean Payton (+1200) is safe in New Orleans given his recent contract extension, but John Fox in Chicago offers some solid value at longer +1400 odds given the Bears’ shaky 1-3 start.

Hue Jackson (+3300) is in his first season as head coach in Cleveland and off to a 0-4 start, but any coach that takes that job is on the hot seat the minute they signs their contract.