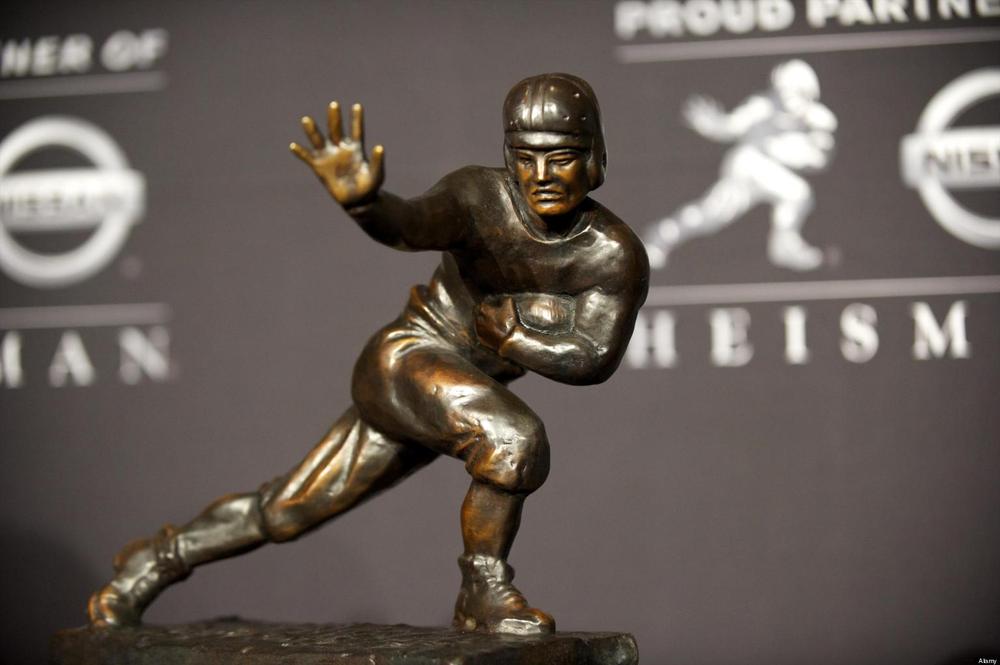 The 2016 college football season has basically reached the halfway point for most teams and the entire scope of the race to this year’s Heisman Trophy as the most outstanding player in the nation has changed dramatically since Week 1. The most shining example of how much things have changed in this race is the recently updated futures odds to win this coveted award at any number of online sportsbooks offering action on this prop bet.

Going back to the start of the season, running backs such as LSU’s Leonard Fournette, Stanford’s Christian McCaffrery and Dalvin Cook from Florida State were at or near the top of the list. Oklahoma quarterback Baker Mayfield was one of the top five players on most futures list. Fast forward to the start of Week 8 and only two of these four players even have posted odds with one of the top books; Cook at +3300 betting odds and McCaffrey as a +5000 longshot.

One of the top favorites to win the 2016 Heisman before the new season got underway was Clemson quarterback Deshaun Watson. He finished third in the voting last season as a sophomore and his current odds to win this award this season are second-best on the current list at +375. One big thing in his favor was Clemson’s huge win against Louisville on Oct. 1 after closing as a one-point underdog at home.

Watson faces another big test at the end of this month in a key road game against Florida State and he should have a chance to pad his numbers in games against Syracuse, Pittsburgh, Wake Forest and South Carolina in the Tigers’ final four games. He already has the name recognition with the Heisman voters, so if he can turn up the heat over his last five games, there could be quite a bit of value in his betting odds today.

Ironically enough, Watson’s biggest competition is Louisville phenom Lamar Jackson, who was a longshot at best back in August and not even on most sportsbook’s 2016 Heisman futures when they were first released. The sophomore quarterback has been equally as productive running the ball as he has been throwing it. Jackson has completed 114-of-196 passing attempts for 1,806 yards and 15 touchdowns, while leading the team in rushing with 832 yards and 15 scores on 113 carries. More importantly, many Heisman voters probably believe that he outplayed Watson in that head-to-head clash even though his team went on to lose.

The betting odds that Jackson’s magical season culminates in being named this year’s top player are set at -190, but with the bar raised so high right now most of the value has already been squeezed out of that number. There is a good chance he can continue to play at such a high level, but these is an equal chance that he falters or gets hurt somewhere along the way in his team’s final six games of the season.

The dark horse in this race could be Washington quarterback Jake Browning, who has led his team to a 6-0 start that has the Huskies on the fast track to win the Pac-12 this season. This guy did not appear on any Heisman futures list until the season began and at the end of September he was still listed as a prohibitive +10000 longshot to win. Those odds have been bet down dramatically to +1000 following an impressive performance the past few weeks in big wins against then-No. 7 Stanford at home and Oregon on the road. While it will take several more big days to eclipse the two quarterbacks ahead of him right now, there is still some solid value in Browning’s number right now.