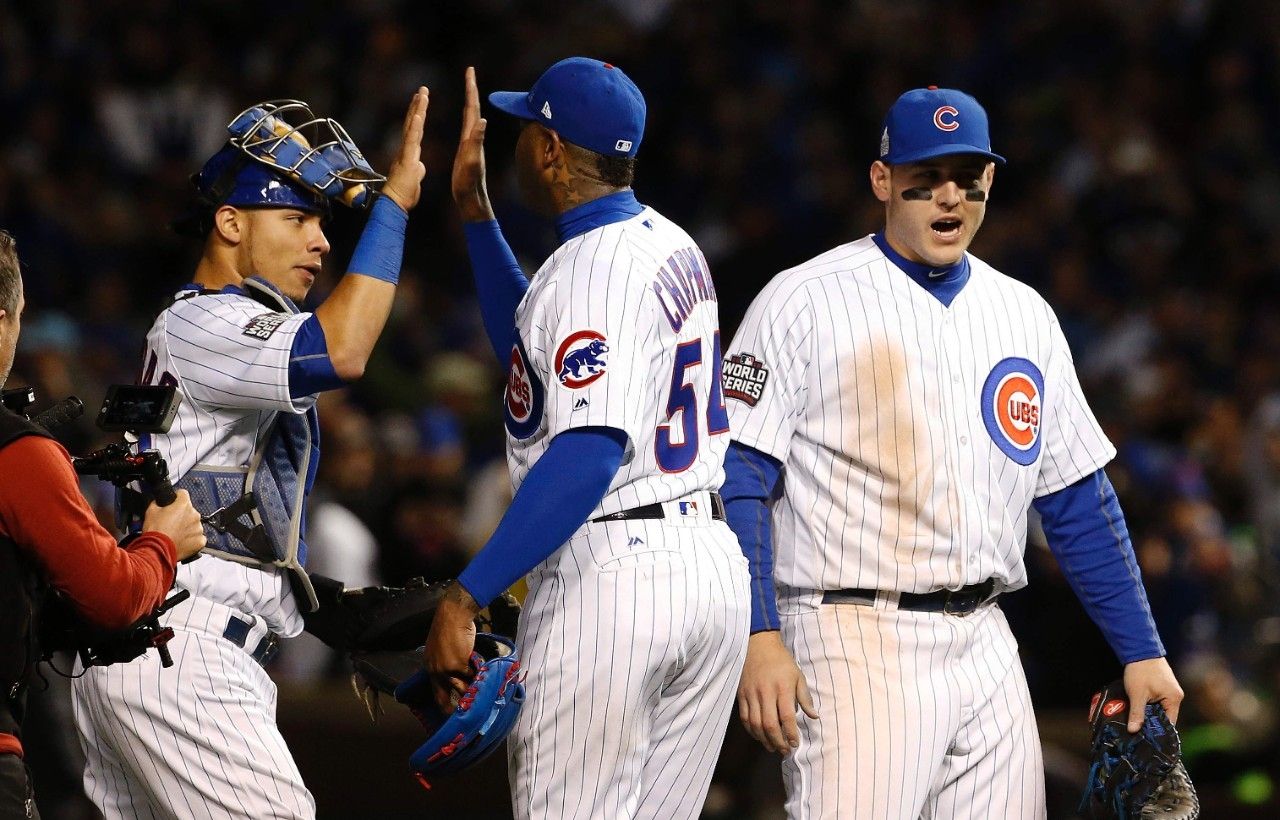 This time last week the Chicago Cubs were riding high. They had just eliminated the Los Angeles Dodgers in six games in the best-of-seven National League Championship Series in what many MLB experts expected to be their biggest hurdle en route to the team’s first World Series title since way back in 1908. After watching the first five games of their best-of-seven matchup against the Cleveland Indians in this year’s World Series, the oddsmakers seem to all agree that the curse in Chicago against the Cubs is alive and well.

The Indians went on to win three of the first four games to take a commanding 3-1 series lead and even though the Cubs battled back to win Sunday night’s Game 4 as heavy -210 home favorites, nobody is giving them much of a chance to sweep the final two games on the road.

The current series price heading into Tuesday’s Game 6 back in Cleveland has Chicago listed as a heavy +205 underdog to win a world title after opening up as a heavy +195 favorite before last Tuesday’s Game 1. The moneyline odds that Cleveland wins one of two at home over the next few days is now set at -245 after the Indians opened as +165 underdogs to win it all.

The big question you have to ask yourself is, “How much value if any is left in the Cubs’ current series price odds?” This was clearly the best team in baseball all season long with a 103 wins in the regular season. Chicago went 46-34 on the road and it had a scoring differential of +252 runs over the course of its 162 games. As far as this series has gone, it has been hit or miss for a lineup that scored the third-most runs in the Majors this season, but the bats needed to win the next two games are still in place

The best bet for Tuesday night’s Game 6 might be the UNDER on the seven-run total line. The total has stayed UNDER in four of the first five games. The Cubs have already been shut out twice and they have eight combined runs in the two games they won. Chicago comes into this game as a -143 road favorite with Jake Arrieta on the mound verse a +133 betting line for Cleveland with Josh Tomlin as its starter.

The hard part about betting on the Cubs to rally for two wins to try and cash in on the elevated series price is Wednesday night’s deciding Game 7 matchup on the mound between Chicago’s Kyle Hendricks and the Indians’ Corey Kluber. Cleveland’s hard throwing right-hander is almost a lock to win World Series MVP even if he does not get to pitch on Wednesday night after allowing a combined one earned run on nine hits over the course of 12 innings in his first two starts in the series.

Curse or no curse, I still believe there is some value left in the Cubs. If you base this on their past performance in this series, then most of that value would be drained out of their +205 betting odds to win the World Series in seven games. You can also add in all the stats about teams holding a 3-1 edge going on to win it all, but I am still holding onto the belief that Chicago can reach down deep and play to its expectation level the next two games as the best team in the Majors.

This is not to take anything away from Cleveland’s amazing run through these MLB Playoffs with a stellar record of 10-3 starting with a 3-0 sweep of heavily favored Boston in the ALDS, but ii is hard to deny that the Cubs are still going to be the best team on the field come Tuesday night at Progressive Field.