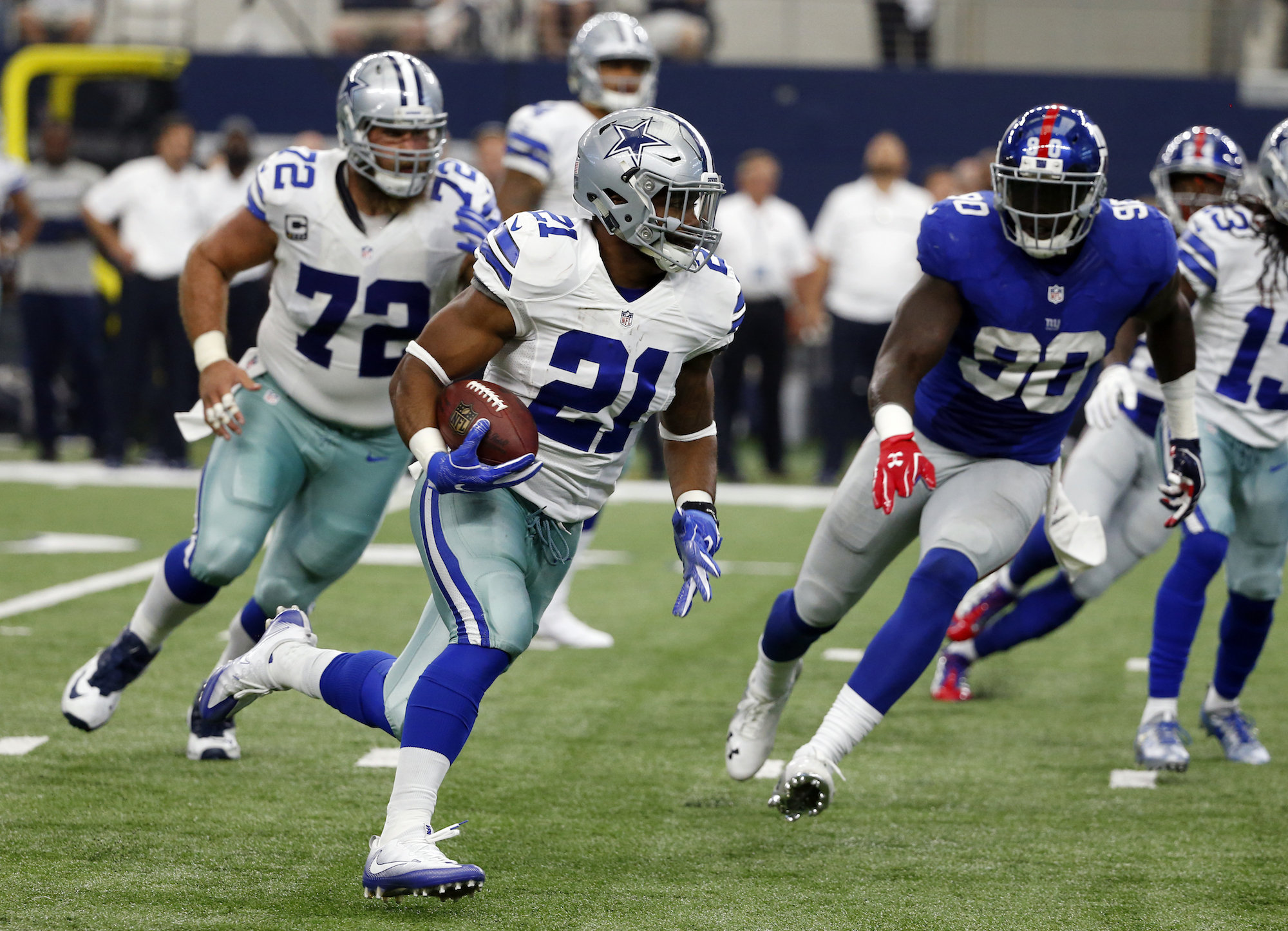 Betting on the Updated NFL Futures

It did not take all that long for the top online sportsbooks to breakdown the one-sided results of this past weekend’s Wild Card Round of games in this season’s NFL playoffs to come up with an updated set of futures odds to win both the AFC and NFC conference title as well as Super Bowl LI. There are even odds posted for the actual matchup in this year’s Super Bowl.

It is also no big surprise that the No. 1 seed in each conference has the best odds to meet in Super Bowl LI, but after going through all of the stats, facts and betting trends for the eight teams left in the playoffs, I have come up with a few picks that take full advantage of the value in the numbers.

Both Seattle and Green Bay won their Wild Card Round matchup at home with relative ease, but the Seahawks now have to go on the road to Atlanta as 4.5-point underdogs while the Packers head into Dallas as four-point underdogs on the road.

I actually like Atlanta straight-up in that first NFC Divisional Round matchup, but I would probably take Seattle and the points. Green Bay remains the hottest team in this conference with a SU seven-game winning streak and it will be going up against a Dallas team that is relying heavily on a pair of rookies at both the quarterback and running back position to lead this team to just its second playoff win since 1995.

Postseason football in the NFL takes things to a whole new level and experience at the quarterback position is worth its weight in gold. That is why I am going with Aaron Rodgers and Green Bay to outduel Matt Ryan and the Falcons for a spot in Super Bowl LI as a +325 third-favorite to win the NFC title behind the Cowboys (+140) and Atlanta (+240)

New England has been favored to win this season’s Super Bowl since all 32 teams were still preparing for the 2016 NFL Draft. Not much has changed since then and, fueled by the Patriots’ impressive 14-2 run through the regular season, their updated odds are now set at +180 to pay off on that Super Bowl futures bet.

Houston heads to Foxboro this weekend as a prohibitive 16-point underdog and that line will probably end up going higher. I like Pittsburgh’s chances to get past Kansas City as a slight two-point road underdog in the other AFC Divisional Round clash. Pittsburgh staying on the road to face New England in the AFC title game could be a very interesting matchup, especially with the Steelers’ Killer B’s (Ben Roethlisberger, Le’Veon Bell, and Antonio Bryant) all playing at a very high level. However, the fact that I can still get the Patriots at positive futures odds to win Super Bowl LI (+180) makes it logical to also bet that way.

A Dallas vs. New England matchup in Super Bowl LI is at the top of the futures list at +290 betting odds followed by Atlanta replacing the Cowboys against the Patriots as a +400 second choice. Next on the list at +550 odds is Green Bay coming out of the NFC to face New England as the AFC Champion. From there, things drop off to +825 odds for a Seattle vs. New England rematch of Super Bowl XLIX in February of 2015.

I think that there is some solid value in a rematch of Super Bowl XXXI played back on Jan. 26, 1997 between the Packers and the Patriots. As mentioned, Green Bay appears to be a team on a mission with Rodgers leading the way. We all know that Tom Brady has something to prove following his league suspension to start this season. While I am not sure Packers would win this time around, I will gladly cash in on the +550 odds that both teams earn a chance to once again play one another for a world title 10 years down the road.