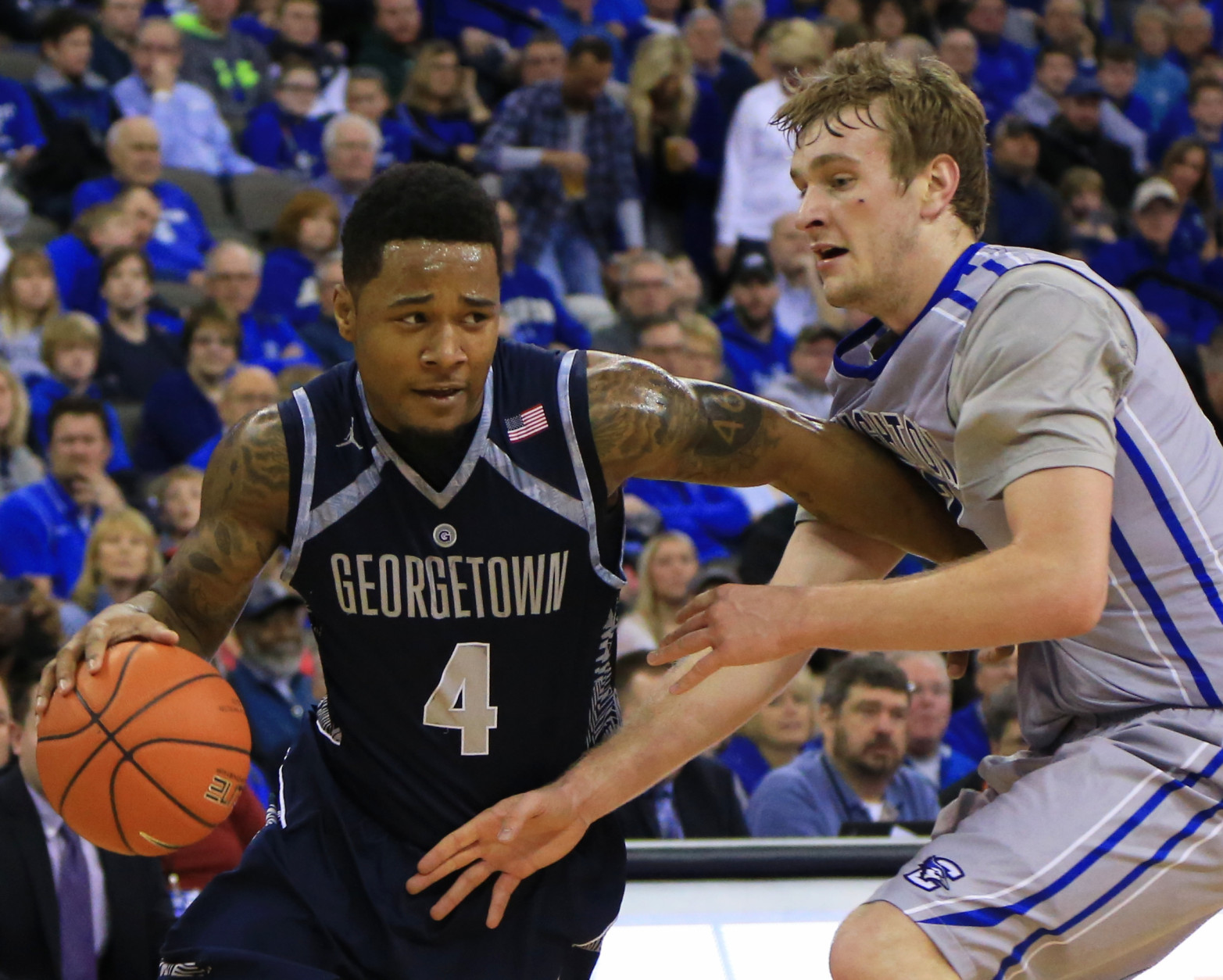 D’Vauntes Smith-Rivera leads Georgetown in scoring with 16.2 points per game and in assists with 4.5 per game. Bradley Hayes has hit a team-best 54.3% of his field goals. DSR ranks fourth in the BIG EAST in scoring, sixth in assists and fourth in 3-pointers made. In seven BIG EAST Conference games, he is second in the league with 18.9 points per game and third with 5.6 assists.

His 20-point game at Xavier was his fourth game this season with at least 20 points – DSR has two games with 30-plus points this season – and the 24th of his career.

DSR ranks 10th all-time in scoring at GU with 1,170 points in 118 career games, a 14.5 per game average. He needs 26 points to pass Kevin Braswell (‘02) for ninth all-time. Sophomore forward Isaac Copeland is second on the team in scoring and rebounding, averaging 10.2 points and 4.8 boards per game.

Senior center Bradley Hayes made the most of his opportunity when he started the first two games of the season, the first of his career. Hayes scored 19 points and grabbed 12 rebounds for his first career double-double in the season opener against Radford and followed that up with 16 points and nine rebounds against No.3 Maryland.

The Hoyas are a 4-point home favorite with no total set at this point at America’s Bookie. Go to the best online sportsbook today to get your wager in on this free play.