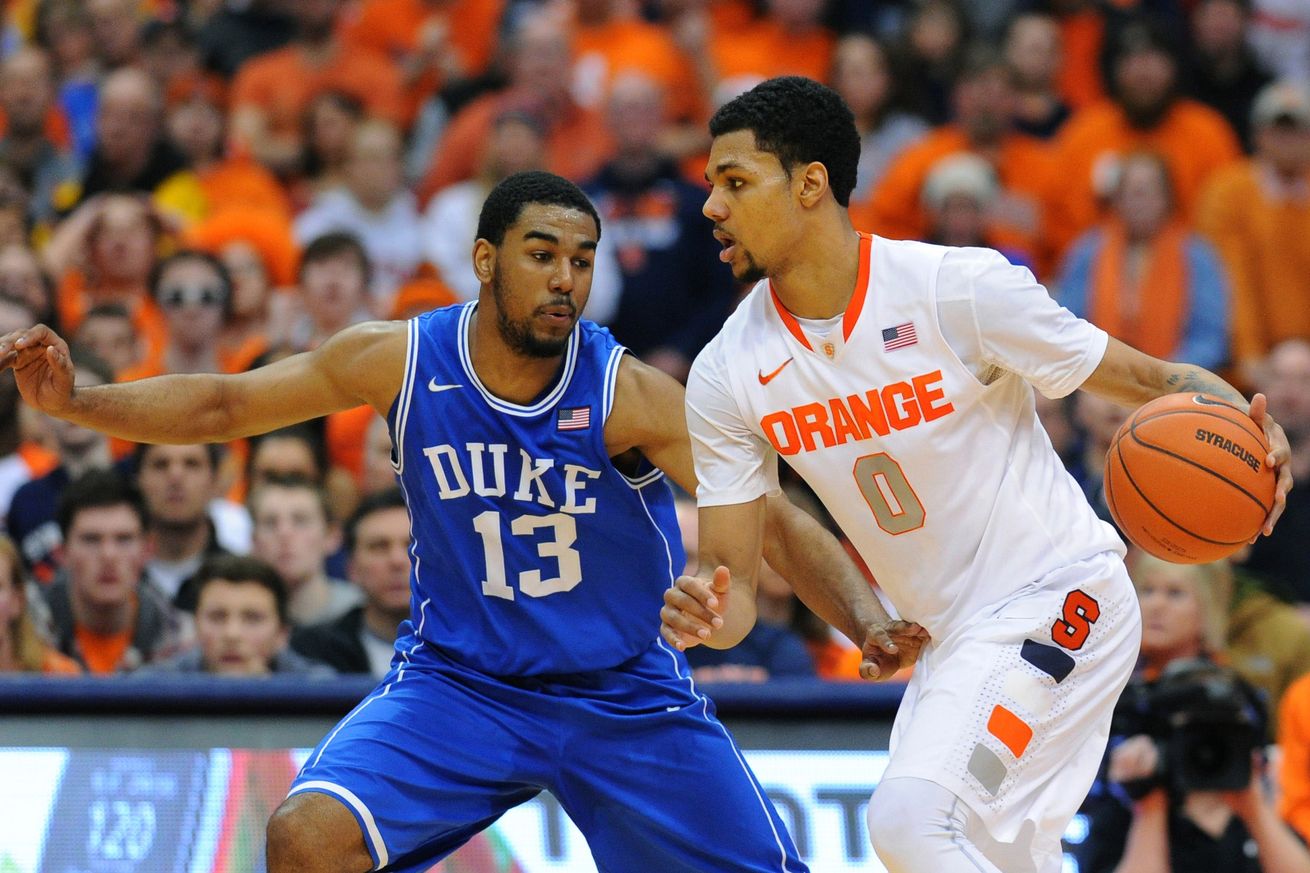 The NBA returns to action on Thursday night following an extended All-Star break so college basketball remains at the top of the betting board heading into Wednesday night’s games. Fortunately for avid sports bettors, there are a couple of great matchups that should give you a solid chance of cashing in big.

Getting things started early in the ACC is the No. 10 Duke Blue Devils on the road against the Syracuse Orange in a 7 p.m. (ET) tip on ESPN. Duke has struggled through its ups and downs with bettors this season at 22-5 straight-up with a losing 11-15 record against the spread. While it does bring a SU seven-game winning streak into Wednesday’s matchup, it has gone a shaky 3-4 ATS during this same span. The total has gone OVER in five of its last eight games.

The Orange are headed in the opposite direction with three losses in a row both SU and ATS. This past Saturday, they lost to Georgia Tech 71-65 as four-point road favorites. The total in that game ended as a PUSH after going OVER in Syracuse’s previous nine games. While the lean in this game could be towards the home team with Syracuse going 9-3 ATS at the Carrier Dome this season, the better way to go would be the OVER on the total line given the way both teams have been scoring points lately.

The biggest game in the ACC this Wednesday at 9 p.m. on ESPN pits the No. 7 Louisville Cardinals on the road against the No. 8 North Carolina Tar Heels with first place in the conference standings on the line. The Cardinals are one game back at 10-4 as part of a SU record of 22-5 (17-8 ATS). They have won six of their last seven games SU, but they have failed to cover in three of their last four outings. The total has gone OVER in their last five games.

North Carolina is coming off a big 65-41 victory over Virginia last Saturday as a 6.5-point home favorite. It is now 11-3 SU in conference play and 23-5 overall. Betting on the Tar Heels has been hit or miss all season at 15-13 ATS, but they have been another solid team on their home court at 10-4 ATS. The total has stayed UNDER in five of their last seven games. North Carolina has a slight 4-2 SU edge in the last six meetings with both teams covering in three of the six games. The total has stayed UNDER in the last three meetings. The lean in this one is with the Tar Heels given the favorable trends for the home team in this matchup (7-2 SU) in recent years.

The big showdown in the Big East on Wednesday night sends No. 22 Butler on the road to face No. 2 Villanova in a 9 p.m. tip on FOX Sports 1. The Bulldogs are three games back in the standings at 10-5 and their overall record on the year SU stands at 21-6. It has been a bumpy ride for most of February with a SU 3-3 record in their last six games while going 2-4 ATS. The total has also been evenly spit at 3-3.

The Wildcats have been at or near the top of the national polls all season long at 26-2 and they come into this game 13-2 in Big East play. However, they have been a train wreck to bet on lately with a 2-7 record ATS in their last nine games. They were able to cover as 6.5-point road favorites in Saturday’s 92-70 romp against Seton Hall. The total went OVER 136.5 points in that game after staying UNDER in nine of their previous 11 games. One of Villanova’s two losses this season was against Butler in a 66-58 road loss on Jan. 4 as a two-point favorite. I am looking for the Wildcats to successfully avenge that loss, but I am betting on the UNDER in this game.