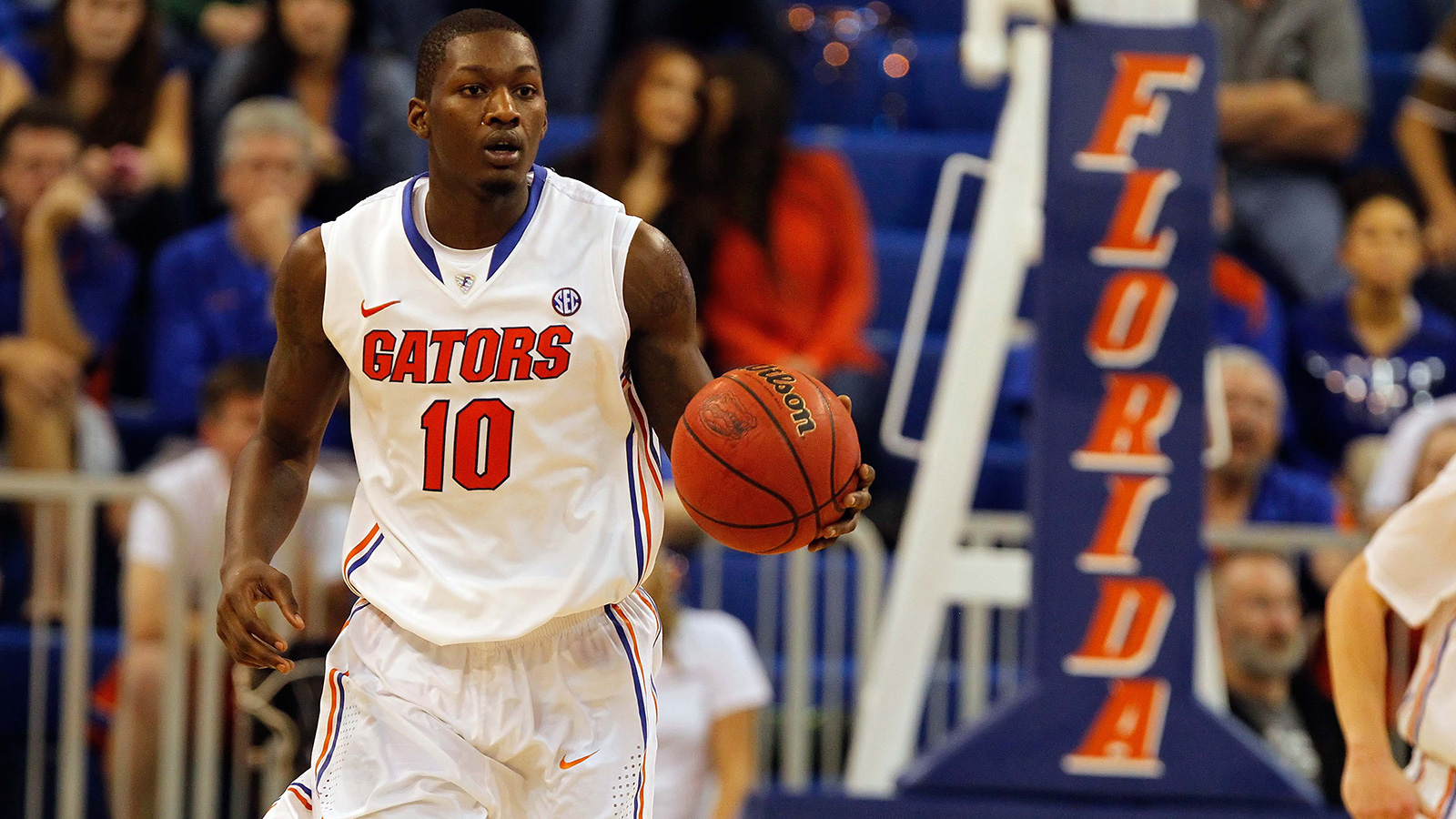 The Gators are 14-11 all-time against Atlantic 10, including 1-0 under head coach Mike White. Florida took down Saint Joseph’s on Nov. 21 at Mohegan Sun in White’s first game leading UF against an A-10 school. Devin Robinson became the first Gator since Marreesse Speights to have multiple double-doubles off the bench in a season, doing so at Navy and against Saint Joseph’s. Robinson moved into the starting lineup for the first time this season vs. Vermont.

The Gators hit six of their final eight shots against Saint Joseph’s while limiting the Hawks to 2-for-11 shooting down the stretch. UF used a 21-4 run over the final 6:30 to erase a six-point deficit and claim the victory.

Florida had eight different players hit a 3-pointer against North Carolina A&T, the most since the team tied an NCAA record with nine players hitting from long range on Nov. 18, 2006, vs. Chattanooga.

Dorian Finney-Smith led UF in scoring and rebounding during the 2014-15 campaign and is doing so again in the early going this season.

Kasey Hill returns for his second season as the team’s starting point guard. Hill had his best outing of the young season against Vermont, scoring 14 points on 6-for-10 shooting and dishing four assists vs. no turnovers.

Sophomore transfer John Egbunu is eligible after the 6-foot-11 center sat out last season, giving Florida an outstanding post presence. Egbunu posted 19 points in the loss vs. Purdue. Chris Chiozza give the Gators great athleticism and play-making ability off the bench, starting at times during his freshman campaign and expected to split time at the point with Kasey Hill again.

Players of America’s Bookie know that DeVon Walker returned to action after missing last season with a torn ACL, starting the first four games of the season. Another returner, senior Alex Murphy, suffered a foot injury in the exhibition game and is currently sidelined.

Redshirt freshman Brandone Francis-Ramirez and true freshmen KeVaughn Allen and Tevarrius Hayes bring depth to the Florida roster, with Allen earning an immediate spot in the starting lineup. Freshman forward Keith Stone has opted to redshirt for the 2015-16 season.

Richmond comes to Gainesville at 4-2 fresh off a 94-90 win over No. 14 California. Last season, the Spiders went 21-14, 12-6 in the Atlantic 10, and reached the NIT quarterfinals. Forward Terry Allen had a monster game against Cal with 34 points and 13 rebounds and leads Richmond with 22.2 points and 8.0 rebounds per game.