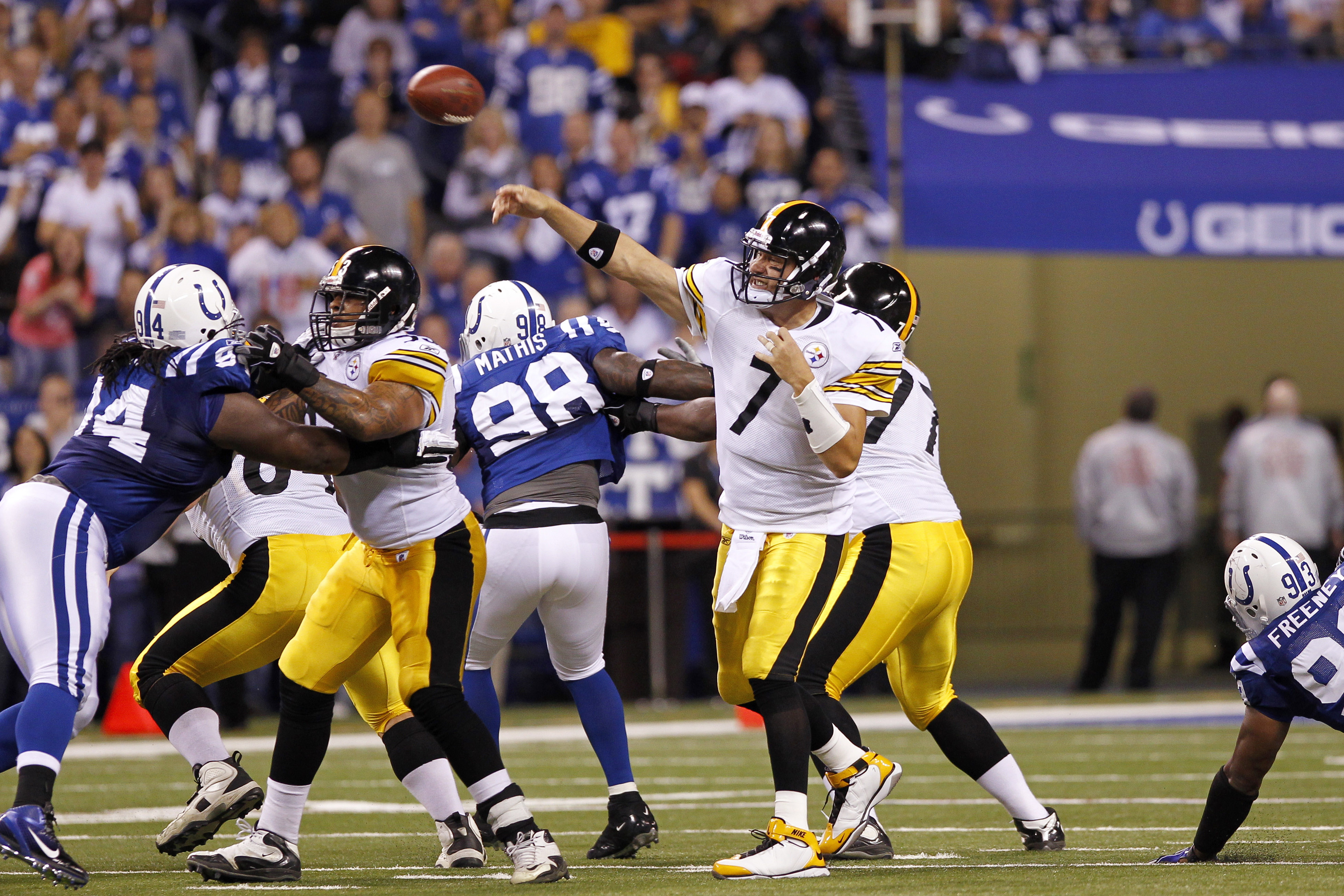 Colts at Steelers – Preview and Prediction

Pittsburgh’s helmsman Ben Roethlisberger (concussion) put in a full week of practice and is probable for Sunday’s game against the Colts. Big Ben is averaging 358.5 passing yards in his 6 full games this season, Roethlisberger will destroy the undersized Colt’s secondary. We can forgive Brown’s middling Week 12 boxscore, given the tough matchup. Brown could thrive, however, facing a Colts secondary ranked 21st in defending opposing receivers, ceding 180.6 yards per game to the position.

As is the case with the majority of the team’s skill weapons, Brown’s outcome spectrum is somewhat dependent on Ben Roethlisberger’s health status. Despite an inefficient outing on the ground, Williams tallied a strong total-yardage effort in Seattle thanks to heavy involvement in the screen game. The Colts have allowed 115 yards per game to opposing backs, offering Williams rare upside against a soft interior front.

Colts’ passer Matt Hasselbeck’s 81.6 Total QBR against four-or-fewer pass rushers is second-best in the NFL among 34 quarterbacks with at least 100 attempts, behind only Carson Palmer (84.1). As a counter to such success, Hasselbeck has averaged just 6.4 air yards per attempt against four-or-fewer pass rushers, lowest among quarterbacks with at least 100 attempts.

The Steelers have allowed a generous 185 yards per game this year, ranked 26th in the league, but we find a somewhat limited ceiling for the veteran tonight. Hilton posted his sixth career game with two receiving scores in Week 12, while no other Colts player has more than two such games since Hilton entered the NFL in 2012. The Steelers have ceded the second-most yards to receivers this season, setting up Hilton for another strong performance. Donte Moncrief just became the first 100-yard receiver on a team quarterbacked by Matt Hasselbeck since Jared Cook had 169 yards for the Titans in Week 16 of 2011, according to ESPN Stats & Info.

PITTSBURGH is 5-3 against the spread versus INDIANAPOLIS since 1992