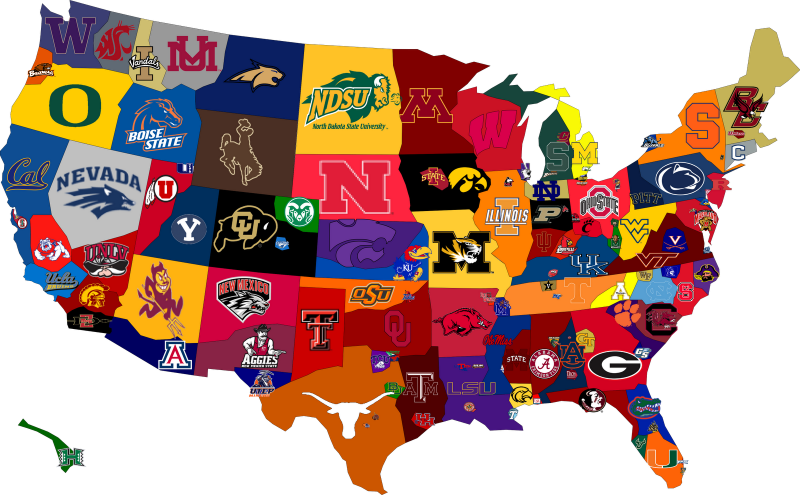 Profit early in the college football season comes easy to those very familiar with a few programs.  This period of time is when the sportsbooks are the most vulnerable.  Reason being is that the patterns used for their accurate mathematical models have not been established yet.  Too many situations that are in flux collide with the pressure of getting these spreads out as early as possible.  Today, we will examine a few games in which circumstances after the prices came out might put the sportsbooks in a vulnerable position.

This combination of words in football rarely if ever have a positive connotation.  One of the premier offerings right off the bat is when LSU travels to Big Ten power Wisconsin at 3:30 PM on September 3rd.  Spread on this one has the SEC power near a ten point road favorite.  Les Miles is under considerable pressure to keep his job and failing in this location puts his whole season in peril.  So imagine the concern all around LSU when Heisman hopeful Leonard Fournette is in a walking boot after severely spraining an ankle.  Now the – 9 ½ on LSU is not very realistic but the books can not just adjust the number down several points with the needed betting action to do so.  If they were to attempt such a shift then they would be exposed to being middled.  They have to hope that people do not catch on to this situation.  Wisconsin is in a much better place than a + 9 ½ at home represents.

Other trend that tends to bury the books is their own preconceptions about the conferences.  SEC has been a beast covering more than average amount of spreads in the non conference games.  They often have to over adjust the lines to stop the one sided wagering on that conference.  This is what we see when UCLA travels to Texas A&M when the Bruins are only a two and a half point underdog.  AM is in shambles while the Bruins are on the rise in the Pac 12. If the Aggies were from any other conference or state then they would be home dogs.  Bet the Bruins and take advantage of the brand name bias assigned by oddmsmakers here.

Many more intriguing opening weekend match ups here.  Australia opens up the college season with the Sydney Bowl hosting Cal and Hawaii.  For once the Rainbows lead the action instead of being the last game on a college football weekend.  We wish you good fortune in the upcoming season and strike now before the books catch on about your favorite teams.