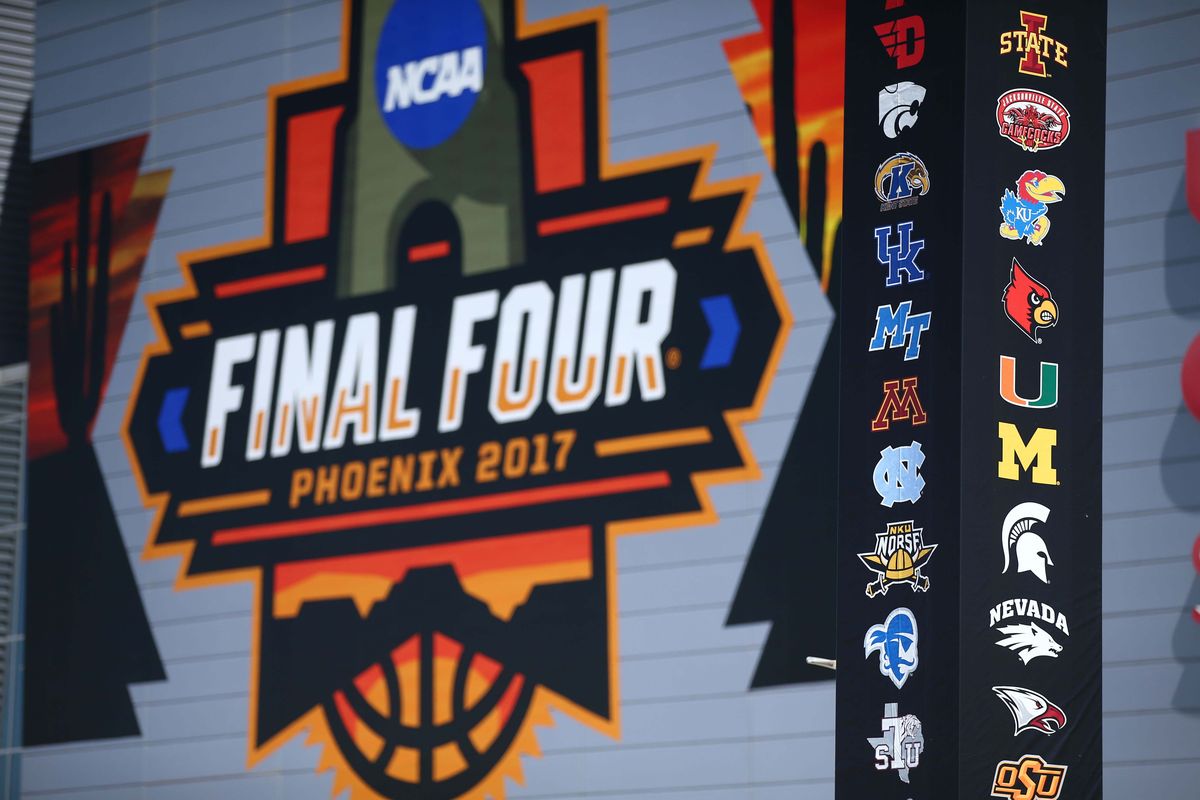 This past weekend’s action in the 2017 NCAA Tournament has narrowed the field down to the Final Four in what has turned out to be a mixed bag of contenders to win this season’s men’s basketball national title. North Carolina out of the South Region and the Gonzaga Bulldogs out of the West are the two remaining No. 1 seeds followed by No. 3 Oregon coming out of the Midwest and the party crashers No. 7 South Carolina out of the East.

The NCAAB futures odds to win the national title are all over the board as well so it is time to break down each team’s chance to cut down the net in Glendale, Arizona on Monday, April 3.

The Tar Heels started this tournament as one of the top favorites to win and they have remained at the top of the list through their four-game run to the Final Four. The biggest win came on Sunday in a thrilling last second 75-73 victory over Kentucky in a game that ended as a PUSH. That lone victory may be enough to get the monkey off of North Carolina’s back after falling to Villanova in last season’s national title game on a last season three-point bucket.

The real value in these odds is what we have seen from the Tar Heels all season long as one of the top power teams in the country. They are ranked ninth in the nation in scoring with 85 points per game and first in rebounds with 43.7. North Carolina has actually gotten better as this tournament has worn on and since I had them winning it all on my bracket I am not about to go against the Tar Heels with two wins left to go.

Gonzaga has been the best team in the nation all season long with just one SU loss on the resume against 36 victories, but since it plays out of the West Coast Conference this incredible run has been discounted a bit. Now that the Bulldogs have made their way to the Final Four in solid form, they should definitely be considered a legitimate contender to win these final two games to complete their season with a national title.

Balance has been the key to their success behind an offense that is generating an average of 83.2 PPG complementing a shutdown defense that is fourth in the nation in points allowed (60.9). Going back over Gonzaga’s last 11 games, it has only allowed more than 61 points three times.

I had the Ducks going to the Final Four in what I thought was a wide open region. They deserve to be in this round after finding a way to get past Kansas in dominating fashion as 6.5-point underdogs. Their 74-60 victory against the Jayhawks was a masterpiece, but you still have to question if they can play to this high of a level again this Saturday against North Carolina as 4.5-point underdogs.

I would give Oregon a fighting chance in what should be a nail bitter down to the final buzzer, but I am not willing to bet that the Ducks come away with the SU win in that matchup to advance to the title game. This was still a run that every Pac-12 fan should be proud of.

We knew that Kentucky and maybe even Florida would put up a battle as two of the top teams from the SEC in this tournament, but I do not think that anyone saw the Gamecocks coming. In fact, the stats at ESPN state that just.06 percent of the millions of brackets in its Tournament Challenge had South Carolina advancing to the Final Four.

What makes this team an interesting pick as a longshot is the never say die mentality that has helped it overcome three halftime deficits in its unlikely four game run to the Final Four. The Gamecocks are 6.5-point underdogs in Saturday’s matchup against Gonzaga and while I still think the clock finally strikes 12 for this Cinderella team, I would probably take South Carolina to cover with the points.