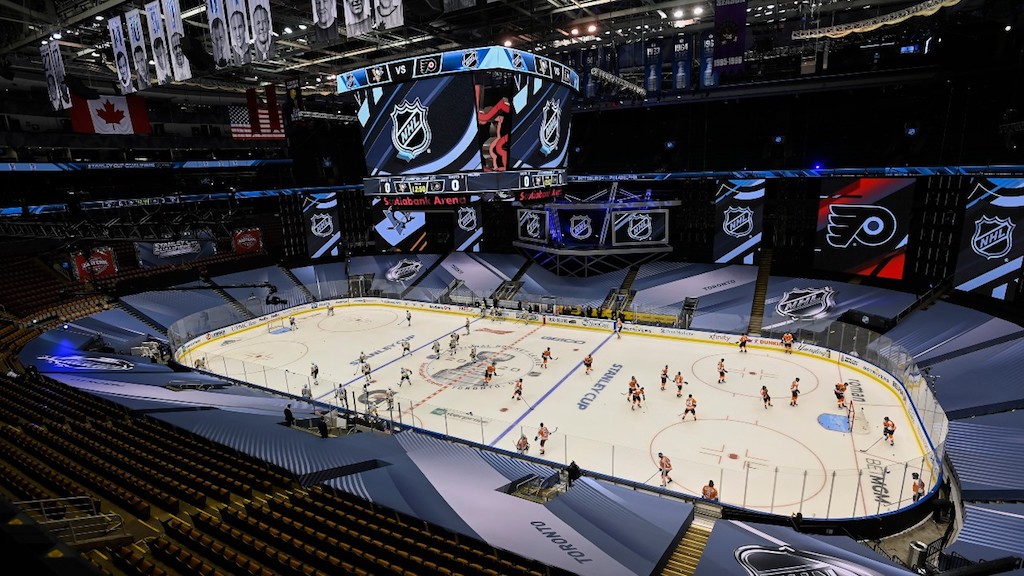 There will be an expansion draft coming later this summer, as well as adjusted dates to allow for a full and timely 2021-22 season. There are also hopes of sending NHLers to the 2022 Olympics, so there’s a lot to cover in this crucial season.

ONLINE SPORTS BETTING – HOW TO BET ON HOCKEY

As you get ready to make your bets for the season, we’ve highlighted a few things you will need to know heading into the season.

One of the most notable changes is the division realignment due to COVID-19 regulations. The Canada-U.S. border remains closed to non-essential travel. The NHL has not received an exemption from Canadian officials to cross the border to complete the season.

As a result, the NHL has formed an “All-Canada” division to keep things moving. Additionally, the NHL realigned divisions to offset the absence of Canadian teams from each division. The North, West, Central, and East Divisions break up some classic rivalries, such as Chicago/St. Louis and Dallas/Minnesota. But they did reunite an Original Six matchup, putting the Blackhawks and Red Wings into the same division once more.

Another big change to the schedule is the 56-game regular season, in an effort to keep future seasons on schedule. Because a lingering labor dispute delayed the return to play, the league and the NHL Players Association agreed to shorten the season.

Fans won’t be allowed into stadiums at the start of the season, but teams are planning to allow fans at some point. Online sportsbooks will definitely have difficulty posting lines early in the season.

To keep COVID-19 contained as much as possible, teams will only be playing opponents within their realigned divisions. This means each team will play a division foe eight times, which is sure to spark new rivalries and heat up existing ones.

In the playoffs, the top four teams in each division will advance. The first-place team will play the fourth-place finisher, while the second/third-place teams will play each other. Besure to use multiple sportsbooks to compare betting lines, it’s a winning strategy.

All playoff rounds are best-of-seven series, with the winners advancing to play each other. Each of the division winners will then be seeded based on their regular-season point totals, with No. 1 playing No. 4 and No. 2 playing No. 3.

It is unclear whether the semifinals and Stanley Cup Final would be played in a bubble. It’s a possibility but entirely dependent on pandemic containment. With a vaccine now available, things are trending in the right direction.

The Buffalo Sabres made a big splash in free agency, landing former Hart-winning winger Taylor Hall. Buffalo has not made the playoffs since the 2010-11 season, Hall’s first season in the league. The former first overall pick should be a great compliment to superstar center Jack Eichel. This is a move that bettors that are handicapping the NHL need to take notice to.

Another one of the biggest names to move this offseason is defenseman Alex Pietrangelo. The two-time All-Star and perennial Norris Trophy candidate left the St. Louis Blues and signed with the Vegas Golden Knights.

After realignment, St. Louis and Vegas will compete in the West Division, and Pietrangelo will log plenty of ice time against his former club. For anyone bet the 2020-21 NHL season, these rivalries could pay dividends.

To fill Pietrangelo’s spot on the blue line, St. Louis signed former Boston defenseman Torey Krug. Krug isn’t the defensive force Pietrangelo has been but does have more upside offensively.

Krug has exceeded 50 points in three of the past four seasons and would’ve surely got it last year. He was sitting at 49 points with 12 games remaining when the NHL paused last March.