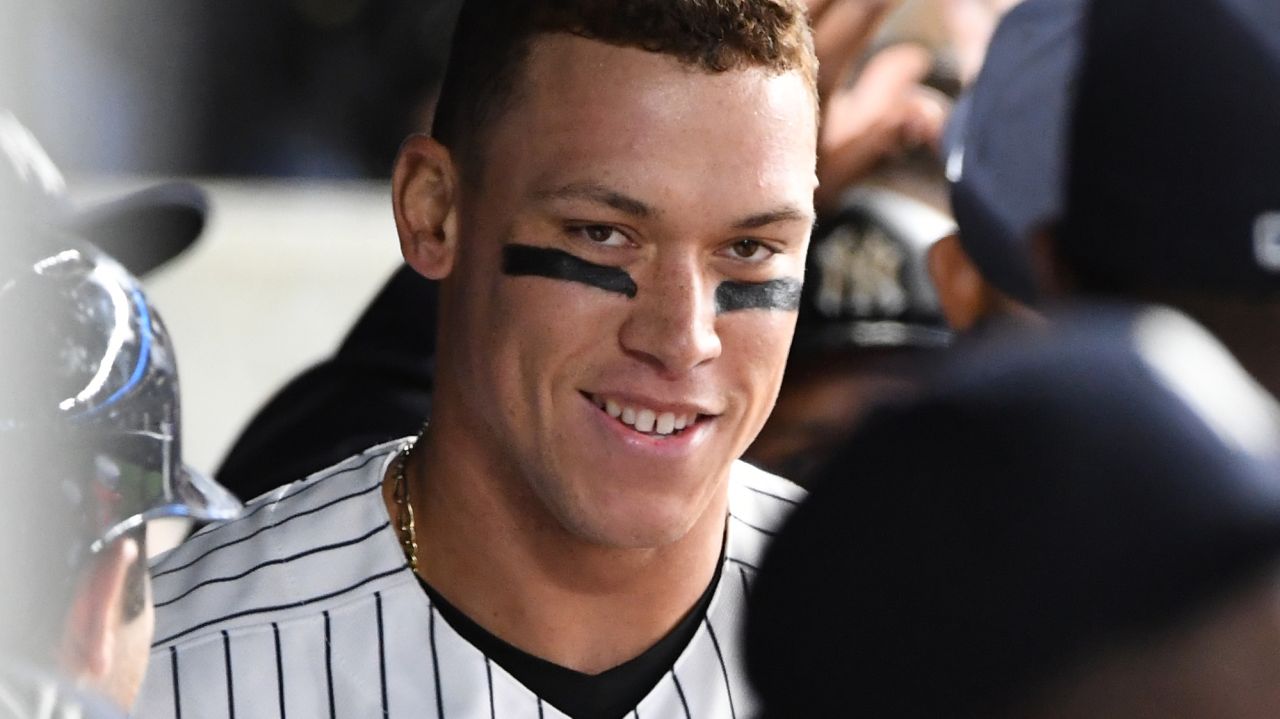 The first quarter of the 2017 MLB regular season is in the books with all of the league’s 30 teams playing at least 40 games through this past Monday night’s action. There have been some definite surprises so far in the standings with teams such as Colorado, Milwaukee and Minnesota holding early leads in their respective division title race. However, when it comes to individual player performances it is no big surprise that the Los Angeles Angels’ Mike Trout and the Washington Nationals’ Bryce Harper are at the top of the MLB futures list to win this season’s MVP award in their respective league.

Both players started the new season at or near the top of most online sportsbook’s MLB futures list for MVP and each one’s early numbers support this lofty odds. Starting with Trout as the heaviest favorite to win, his current betting odds in the AL MVP race are set at -160. Through his first 41 games played, the right-hander is hitting .343. He is second in the AL in home runs (14) and tied for third in RBI with 34. He had been hampered by a minor hamstring injury, but he has quickly returned to form by raising his batting average over 10 points since mid-May.

Trout’s overall consistency makes it extremely hard to bet against him maintaining this pace all the way into the fall and the fact that the Angels have remained competitive at 24-23 through their first 47 games only adds value to his odds.

Next on the list in the AL at +600 MLB betting odds is Boston’s Mookie Betts and the New York Yankees’ Aaron Judge. Both players have gotten off to strong starts, but I would go with Judge as having the better value in his odds given just how well the Yankees have been playing. They are 26-16 through their first 42 games and in first place in the AL East. Judge leads the AL in home runs with 15 and he has knocked in 30 RBI while sporting a solid .315 batting average. The fact that he is a rookie could work against him in the voting, but right now he remains one of the best stories in baseball.

Further down the list are Minnesota’s Miguel Sano at +800 and Cleveland’s Francisco Lindor at +1200 before the rest of the betting odds really start to fall off.

Over in the National League, Harper’s betting odds to walk away with the 2017 MVP award are now set at -105. Washington is off to a 26-17 start in the NL East to open up an early 6.5-game lead and this should remain a lopsided race to the division title with the other four teams all sitting below .500. The highlights from this lefty’s early stats include 13 home runs and 37 RBI in 40 starts while batting .349.

Harper plays for what appears to be the best overall team in the NL this season and he is settling into his role as a true team leader in his fifth season in the Majors. The competition is a bit stronger in the NL, but has long as he keeps putting up these kinds of numbers and the Nationals keep winning the majority of their games, he should remain at the top of this futures list all season long.

The second-favorite on the list to win MVP is Arizona’s Paul Goldschmidt. There is some intrinsic value in his odds given the Diamondbacks’ unexpected 27-19 start that has them neck-and-neck with Colorado (29-17) atop the NL West as another surprising team out of the gate. Goldschmidt has been a big part of his team’s early success with 11 home runs and 35 RBI while hitting .315 in his first 162 at-bats. The big question with both him as a player and Arizona as a team is how long can both stay on this blistering pace?

Rounding out the top five MVP candidates in the NL are the Chicago Cubs’ Kris Bryant (+900), Colorado’s Nolan Arenado (+1000) and Harper’s teammate in Washington Ryan Zimmerman (+1100).