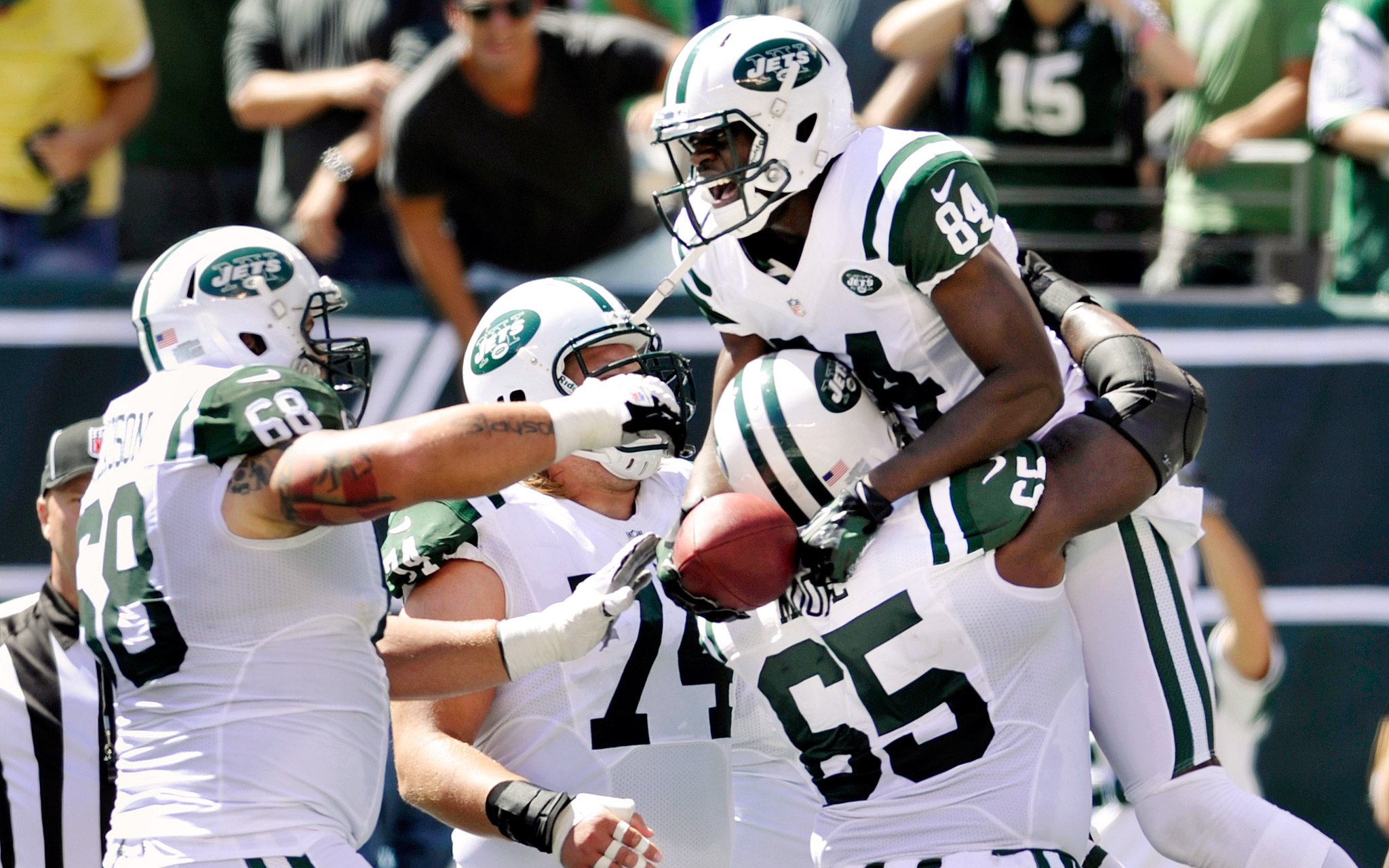 Jets Hope to Clean Up Mistakes Against Dolphins in London

Well, the New York Jets’ bubble burst last week against the Philadelphia Eagles, but that doesn’t mean they weren’t doing some things very well. Now they travel “across the pond,” so to speak, as they face off against the Miami Dolphins, who have, seemingly, many more problems of their own, in an NFL game with international flavor that will begin at a special time of 9:30 AM ET from Wembley Stadium in London. Please keep in mind that BetAnySports customers can partake in live in-game betting as the action is happening, through the facilities of Live Betting Extra.

The Jets won their first two games, over the Cleveland Browns and Indianapolis Colts, by taking the ball away from the opponent. In fact, they were the beneficiary of ten turnovers, but the table was flipped on them against the Eagles, as Ryan Fitzpatrick threw three interceptions, and it did not help the Jets that Darren Sproles returned a punt for a touchdown. Between all of that, New York got in a hole early and could not get out of it. Philadelphia beat them at the Meadowlands 24-17, but a closer look at the statistics shows that the Jets actually did the job on defense, allowing the Eagles only 231 yards of total offense.

When you look at the Dolphins’ situation, it kind of looks like a mess right now. Last weekend they suffered their worst loss ever in a home opener as they were throttled 41-14 by the Buffalo Bills. Buffalo ran roughshod over them, not with LeSean McCoy, but with rookie Karlos Williams, and that is not a good sign going into this game, as Chris Ivory is set to return to action for the Jets after a quad injury kept him out of last week’s game.

In the NFL betting odds posted on this game by the people at BetAnySports, the Jets are a slight favorite at this neutral site:

Ryan Tannehill has completed 61% of his passes for the Dolphins, but he has been sacked seven times. And he turned error-prone last week, throwing three interceptions in the first half, including one that was returned for a touchdown. It would really help if he could get his left tackle, Brandon Albert, back into action. But he has been sidelined for the past game and a half with a hamstring problem.

Head coach Joe Philbin, who has been middle of the road at best in terms of his results since arriving in Miami, is under fire, as can be expected. This teams gets off to lousy starts; Miami has been outgained by a margin of 482-107 in the first quarter this season.

BetAnySports patrons who have observed the Jets closely might be a little hesitant, because of the fact that they don’t have a lot of depth at the wide receiver position, and Eric Decker is still slated to be out of this ballgame. That leaves Brandon Marshall, the rather opinionated receiver who has put his money where his mouth is, catching 23 passes for 272 yards thus far. But Fitzpatrick, who has played just about everywhere in the NFL, has started to demonstrate why he is termed a “journeyman,” as he has often blown up with interceptions. He has been picked off five times this year, although the good news is that he has sustained only two sacks.

Interestingly enough, the Jets have been flagged for only 18 penalties in three games, something of a reversal of field from their days under Rex Ryan. But will “good behavior” count in the more “civilized” atmosphere of London?

Come and sign up at BetAnySports and get a great free play welcome bonus, along with reduced juice wagering on your NFL betting action…… Remember also that you can open or replenish your account using the virtual currency of Bitcoin!