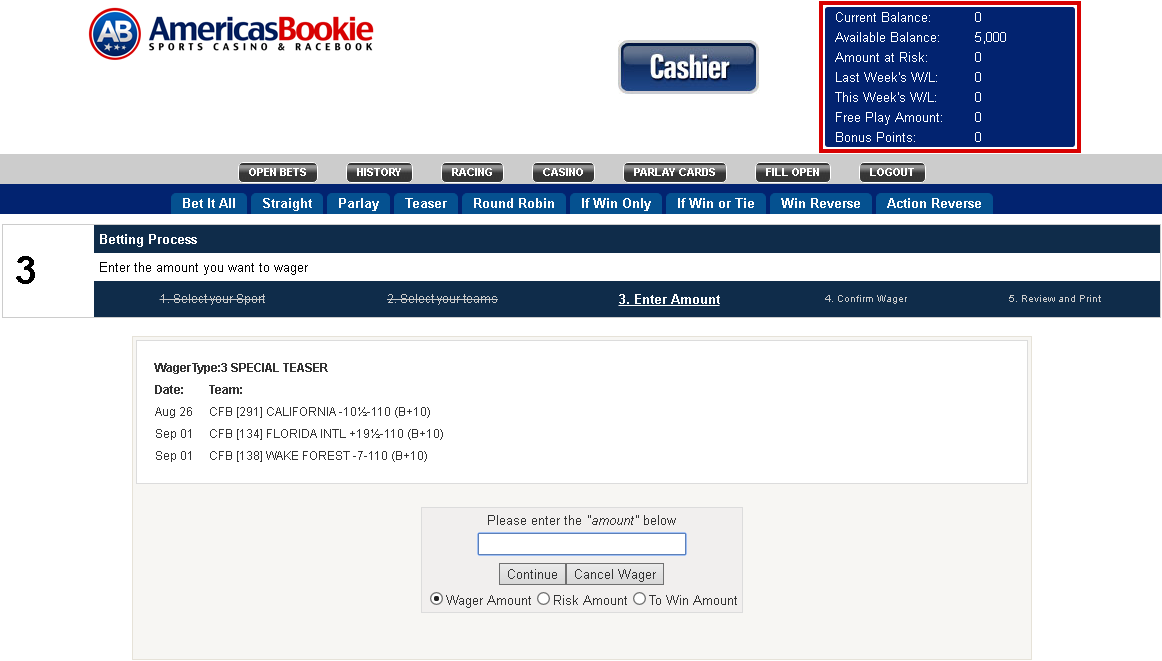 The teaser is an appropriately named sports wager. Much like a girl who comes tantalizingly close to giving you some action, teasers often can be alluring because they seem simple enough.
But alas, they are a difficult bet to win – yet I’ll give you a few reasons why I still will play them, especially in the NFL. These sorts of bets are also popular for basketball purposes, but for this piece, I’ll stick with the basic football teasers and explain why they are fun AND beatable.
The first rule is the most important one – you must win multiple sides of a wager to win the bet, and if any of them are losers, so is your ticket.
A teaser is a single bet that gives you a varying number of points on each leg within your bet. They can be on the side or the total (save for some special teasers). In football, most teasers revolve around taking six, six-and-a-half or seven points. You can use up to six teams in football teasers at AmericasBookie.com. The more teams that you use, the more lucrative the payout will be.
Like with parlays, if one of the legs is a tie, the bet reverts down to the remaining number of sides and could still be a winner. If you put in a four-team teaser and one of the legs is a push, the bet would drop down to a three-team teaser. Naturally, the payout would be less with one of the legs not winning.
Teaser wagering has its advantages – the bettor is always able to get a better line and increase his chances of winning a bet with every leg of the teaser. This works out well especially in the sports like the NFL where the lines are increasingly sharp and by Sunday mornings, hardly ever budge more than a point for the three or four furious hours before post time.
Taking at least six points with at least two different sides gives you much more flexibility when sweating the games, knowing if they come very close to the final point spread then you are a winner regardless of which side you played. Some friends of mine have actually teased both sides and totals of the same game (a four-team teaser) and rooted it for it to play out to the form of the closing line!
Fixed teaser payouts are normal in football for all sides and totals based on the standard minus-110 line, though most teaser payouts do not change if you take a football team that is +3 minus 115 and tease it up to +9, +9.5 or +10. The juice does not figure into the payout. Here is a look at the AmericasBookie.com table of payments on all football teasers: