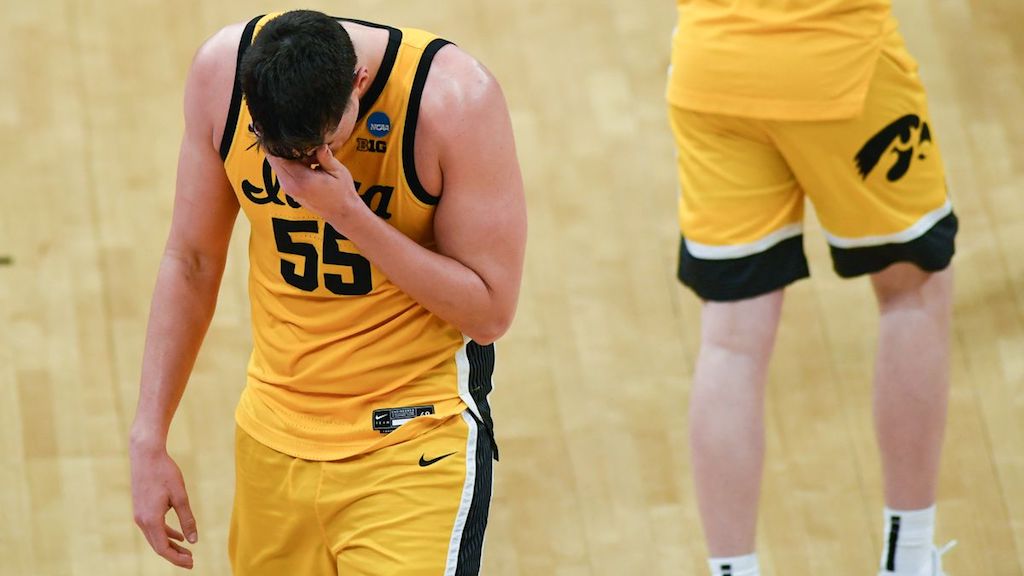 With the first weekend of play completed in the 2021 NCAA basketball tournament, it’s time for a look back at the madness with March Madness 2021 news and notes.

Madness it was. For just the second time in tournament history, a No. 15 seed advanced to the Sweet Sixteen. Oral Roberts pulled two massive upsets to move on and stay alive in March Madness 2021.

They weren’t the only ones.

The only seed that did not win at least one game in the first round of the tournament was the No. 16 seed. Oral Roberts, of course, was the No. 15 that won.

Two No. 13 seeds – North Texas and Ohio – both won their openers. The Mean Green got 24 points from senior Javion Hamlet and beat Purdue in overtime. The Bobcats beat Virginia at its own game beating the Cavaliers 62-58.

No. 12 Oregon State has won eight of its last nine games. Their two tournament upsets have the Beavers playing in the Sweet Sixteen.

Maryland and Rutgers were the No. 10 seeds to win in the first round.

There have been many this year, but the first huge upset was Oral Roberts win over No. 2 Ohio State. A total of 95.2 percent of all ESPN brackets had the Buckeyes advancing to the second round. This was huge when looking at most March Madness 2021 news and notes.

The win by ORU was just the ninth time a 15th seed has pulled the upset on a No. 2. Not surprisingly, five of those upsets have occurred in the past nine years.

Not So Big Ten

Ohio State’s ugly exit was just the first of many for the Big Ten. The conference was hailed as the best in the nation. On Selection Sunday, a full nine Big Ten teams were chosen to play in this year’s March Madness.

Eight of those teams got caught up in the madness. Illinois earned a No. 1 seed thanks to its performance late in the season. The Illini won their first-round game, but ran into Loyola in the second round. The Ramblers won 71-58.

Iowa, like Ohio State, was also a No. 2 seed. The Hawkeyes won their first game but were embarrassed in Round 2 by Oregon, which moved on to the Sweet Sixteen.

No. 4 Purdue was upset by 13th-seeded North Texas and Michigan State blew an early lead in its play-in game and lost to UCLA. Wisconsin, Rutgers, and Maryland all won their first games of the tournament but got sent home with losses in the second round.

Not So Surprising – March Madness 2021 News and Notes

There has been plenty of madness in the 2021 NCAA tournament, but it’s not all that surprising. In a typical tournament, at least one No. 1 and one No. 2 seed fail to make it out of the first weekend of play.

What is surprising is that the No. 1 seed – Illinois – and the two No. 2 seeds – Ohio State and Iowa – that were eliminated were all from the Big Ten. No. 2 seeds Houston and Alabama made it through to the Sweet Sixteen.