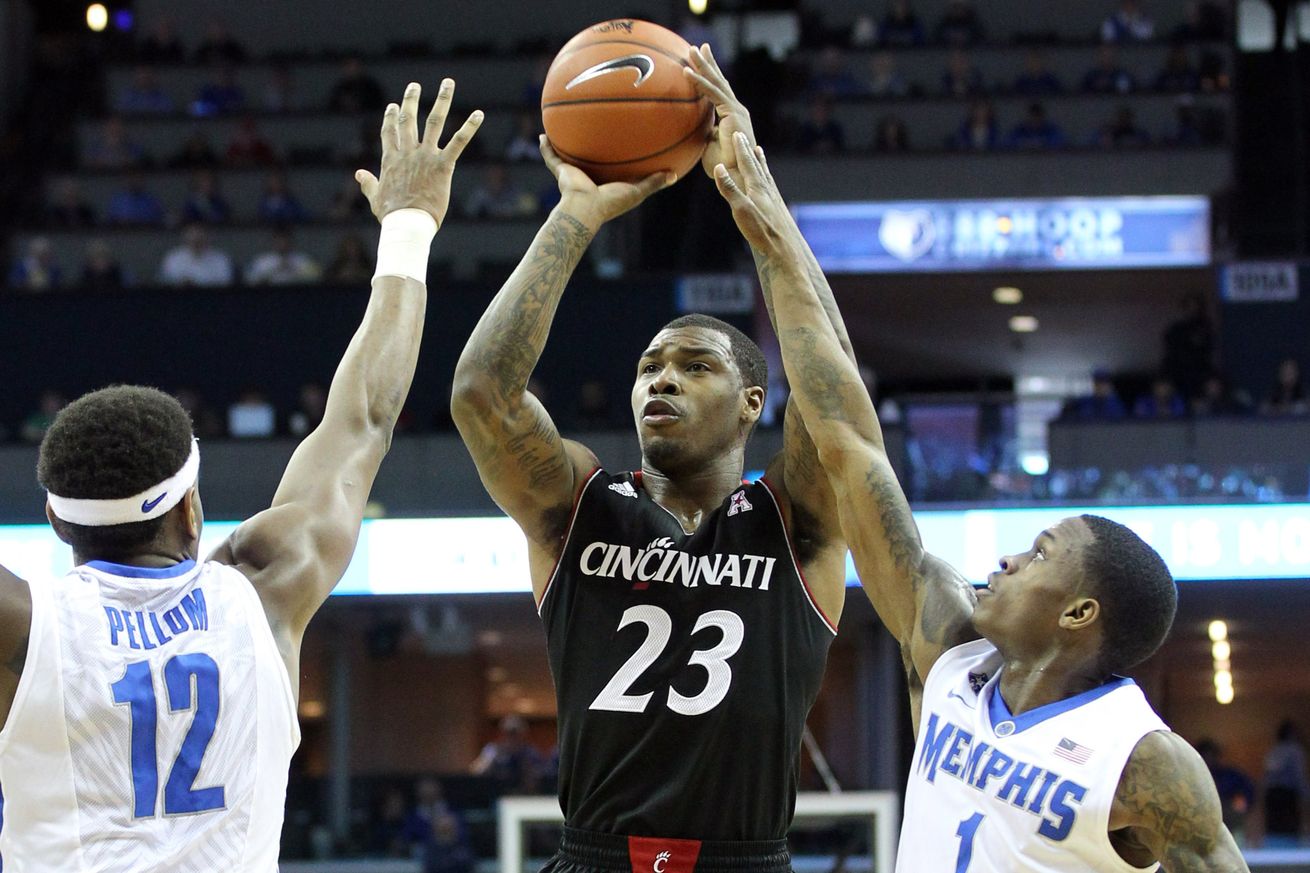 Cincinnati’s defense has improved in January, allowing only 58.6 points per game. That’s down from 69.9 points allowed during December. Saturday’s 67-65 double-overtime loss at Temple marked the first time this month the opposition has scored 60 or more points. The Owls had 56 points at the end of regulation.

UC has won 54 of its last 58 when scoring 60 or more points. The Bearcats are 45-4 under Cronin when holding the opponent to 50 or fewer points.

Four players average double figures led by freshman Dedric Lawson (sixth in league at 14.5 points). He also ranks among the conference leaders in rebounds (third at 8.9), blocks (third at 2.1), offensive rebounds (fourth at 3.3), defensive rebounds (fifth at 5.6) and steals (seventh at 1.3).

Leading up to March Madness, America’s Bookie has all your NCAA Men’s Basketball needs covered. The best offshore sportsbook currently has the Cincinnati Bearcats a 7½-point home favorite with the total set at 137. Need another opinion on this one? Look no farther than A1 Service Plays; they are your site for free service plays and picks from professional handicappers on everything from NCAA Basketball to the National Hockey League.