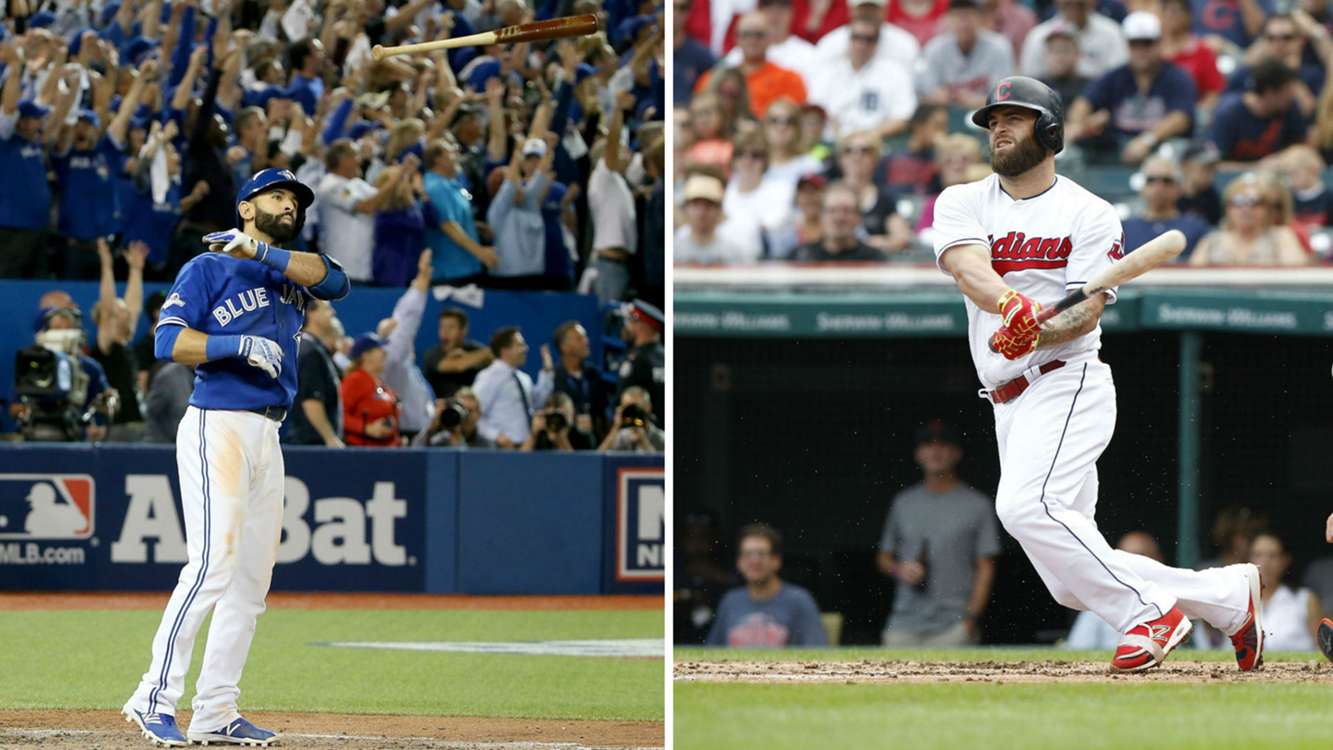 MLB Betting Odds for the ALCS

Both the Toronto Blue Jays and the Cleveland Indians are coming off impressive three-game sweeps in the ALDS round of the 2016 MLB Playoffs after coming into each best-of-five series as underdogs. The Blue Jays made short of the AL West Champion Texas Rangers as a wild card team out of the AL East, while the AL Central’s Indians stunned the AL East’s Boston Red Sox as heavy underdogs in three games after each team won its respective division.

Both of these upsets have turned the MLB futures odds to win a league pennant as well as a World Series upside down, but these stunning victories have set the stage for some very interesting betting options for this upcoming best-of-seven American League Championship showdown.

Game 1 of the ALCS is set for this Friday and the Indians have been opened as -127 home favorites to take the early edge. Toronto is going with right-hander Marco Estrada as its starter for Game 1 and it comes in as a +117 road underdog with the betting line for the total set at 7.5. Estrada went a strong 8.1 innings in his only start against Texas in the ALDS; allowing just one earned run on four hits in the Blue Jays 10-1 romp. Cleveland will turn to Corey Kluber in the series opener and the right-hander is coming off a seven-inning gem against the Red Sox in which he held Boston scoreless on just three hits.

The betting odds for Saturday’s Game 2 are still “off the board”, but it should feature another great duel on the mound with such a deep rotation on both sides of this matchup. Toronto is still undecided as to which pitcher will get the start and Cleveland has penciled-in right-hander Trevor Bauer has its starter for Game 2.

Turning to the MLB series price for this ALCS clash, most online sportsbooks have listed the Blue Jays as solid -140 favorites to advance to the World Series out of the AL. The money line odds that Cleveland stays on a roll to win this series has been set at +120.

Head-to-head in the seven-game regular season series this year, Cleveland carved out a slight 4-3 edge overall on the strength of a 2-1 record in three games at its home ball park. These two split a four-game series in Toronto in early July. The total stayed UNDER in four of the seven games.

Looking back at the regular season, Toronto was ranked fifth in the AL in scoring with an average of 4.7 runs a game and the Indians were slightly better with an average of 4.8 runs. When it came to pitching, the Blue Jays’ team ERA of 3.78 was the best in the AL, but Cleveland was a close second at 3.84. On paper it is pretty obvious that these teams are very closely matched, so the value in the series price odds lean towards Cleveland as an underdog.

Prop bet odds have been released for the Most Valuable Player in this ALCS matchup and Toronto’s Josh Donaldson has been opened as a +750 favorite to claim this honor. He posted nine hits and tallied five s in just 18 at bats this postseason. On the year, he belted 37 home runs and knocked in 99 runs as a key offensive weapon in this lineup.

The top MVP candidate with Cleveland in this series is starter Corey Kluber at +800 betting odds. Along with his strong performance in the ALDS, he went 18-9 in the regular season with a 3.14 ERA and a WHIP of 1.06. Kluber closed out the regular season with three-straight wins while allowing a total of eight earned runs over his last four starts.