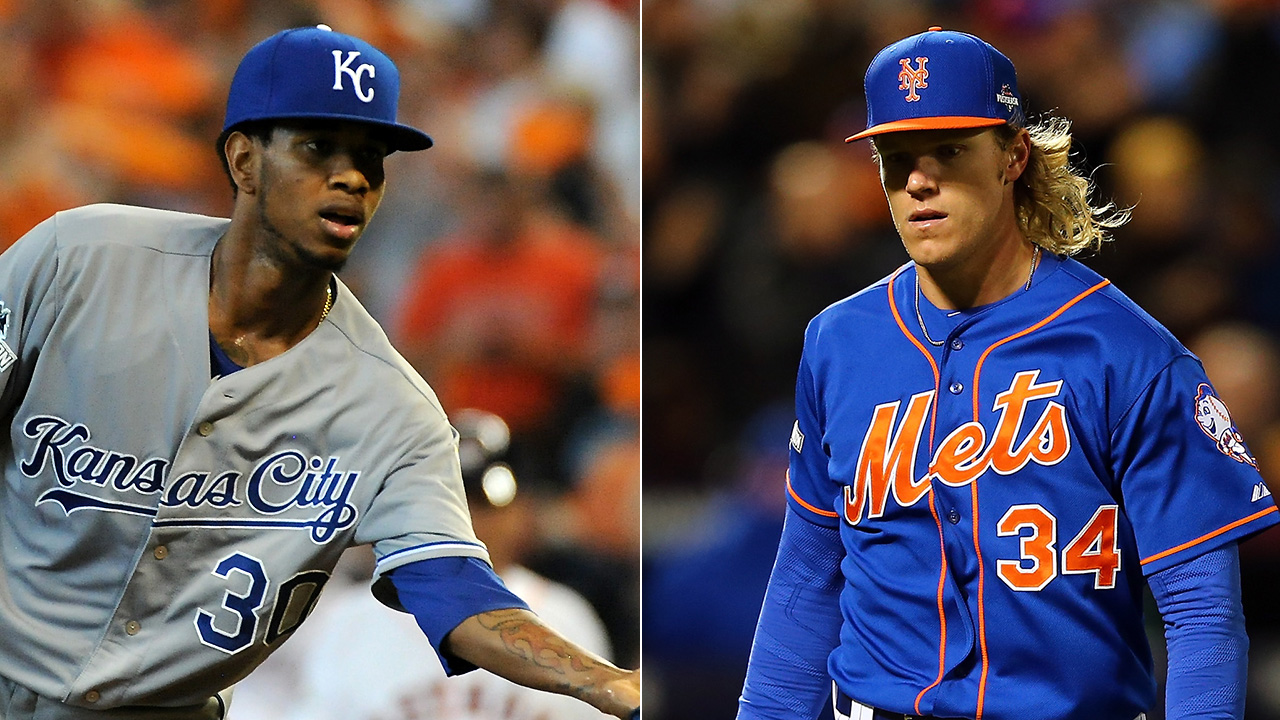 Kansas City may be up 2 games to none in the World Series, but the Mets have been here before and won’t roll over. They will be hungry for a win now that they are at the friendly confines of Citi Field, a place where they won 49 games this year. Here’s why I’ll be placing a Run Line wager for Game 3.

Citi Field in New York will host its first World Series game following the Royals two wins to start the series at Kauffmann Field. The Mets and their fans face an uphill battle, as 41 of the last fifty-one teams that won the first two games of a best-of-seven series have gone on to win the World Series. One of those 10 teams to come back were the 1986 Mets, who lost the first two to the Boston Red Sox and came back to win a decisive Game 7.

Royal fans didn’t know what they were going to get from Johnny Cueto in Game 2 as he was rocked for eight runs in his last start; Game 3 of the ALDS versus the Blue Jays. The dreadlocked pitcher stonewalled Met hitters keeping them off balance all night to the tune of a complete game 122 pitch effort in which he held them to two hits, one earned run while he struck out 4 while issuing 3 walks.

Everyone was expecting another masterful start from Mets starter Jacob deGrom after he took care of the Dodgers (twice) and the Cubs in convincing fashion in his first three starts of the postseason. deGrom took the loss allowing 4 earned runs on 6 hits through 5 innings, after allowed only 4 runs in his previous three starts this postseason.

Kansas City’s ruthless offense has 66 runs to their credit in their last 10 games, dating back to Game 4 of the ALDS against the Houston Astros. With the occasional dominating pitching performance such as Cueto’s last night and you have team primed for a late season run.

The Mets will now turn to young guns Noah Syndergaard and Steven Matz who are a combined 1-2 with a 3.25 ERA after four starts to try and even the series. With the series shifting to New York, the Mets have the edge where NL rules will be used.

As I stated earlier, the Mets went 49-32 at Citi Field during the regular season tied for the 4th best home record in the National League. Game 3 starter Syndergaard was 7-2 with a 2.46 ERA in front of the Mets faithful. His last start was Game 2 of the NLCS when he dominated the Chicago Cubs going 5 2/3, striking out 9, giving up one run on 3 hits.

The Mets will not go down without a fight, and for those who don’t know who Noah Syndergaard is, they will after tonight. Take the Mets Run Line (-1½) at +165 for Game 3 of the World Series.