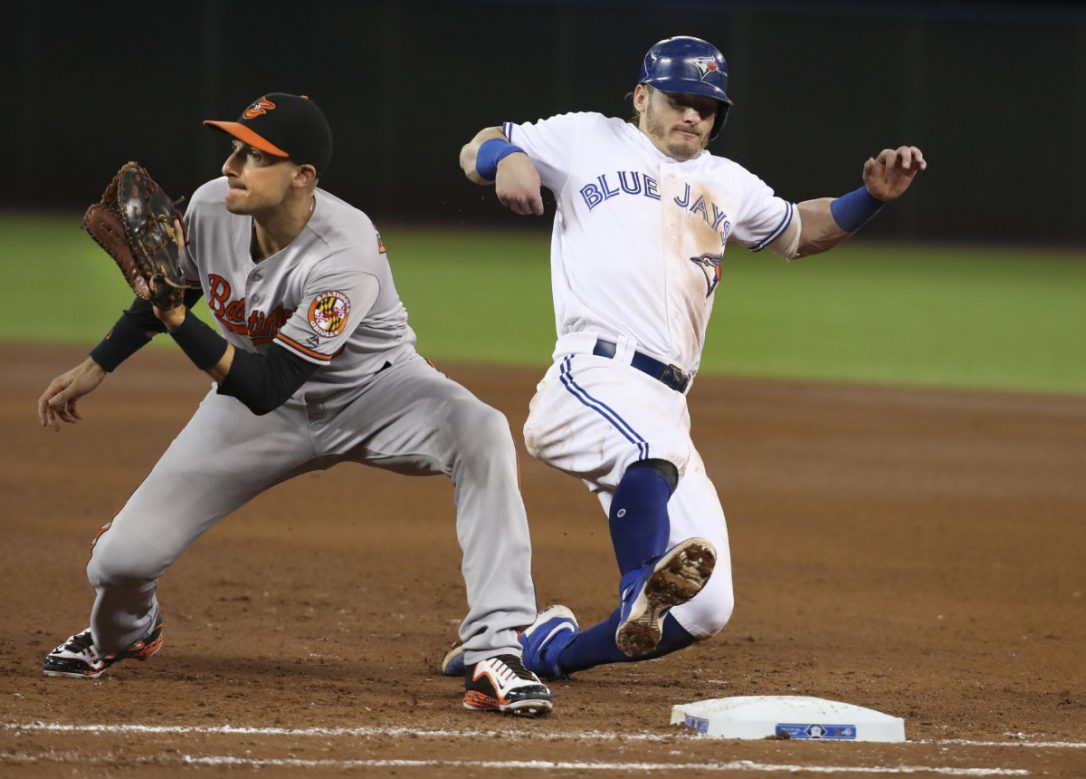 MLB “Series of the Week” Betting Report: Baltimore at Toronto

The AL East is easily the most competitive division race in the Majors with the halfway point of the regular season right around the corner given that there are just five games separating first from last place heading into this week’s action. Two teams in this race looking to improve upon their current performance will square off against one another in a three-game series starting this Tuesday when the Baltimore Orioles go on the road to face the Toronto Blue Jays at the Rogers Centre.

The Orioles took two of three from Tampa Bay on the road this past weekend, but they are 5-6 over their last 11 games. At 37-38 overall, they are four games in back of the New York Yankees in the division title race. Toronto snapped a three-game losing streak with Sunday’s 8-2 victory against Kansas City as a -128 favorite on the road. It is a full five games off the pace in the AL East at 36-39 overall.

Look for Baltimore to go with Kevin Gausman as its starter for Tuesday night’s series opener. The right-hander is 3-7 this season with a 6.47 ERA and a 1.88 WHIP. He has allowed a total of 19 earned runs over his last four starts while losing his last three. He faced Toronto at home back on May 20 and allowed two earned runs on 10 hits in six full innings of work.

The Blue Jays have Joe Biagini penciled in as their starter for Tuesday. He gave up four earned runs on seven hits in his last start against Texas, but still picked up the win behind some solid run support. This right-hander’s current ERA stands at 4.45 with a 1.18 WHIP.

Wednesday’s starter for the Orioles should be Wade Miley. The left-hander will be making his 16th start of the season and he comes in at 3-5 with an ERA of 4.48 and a 1.64 WHIP. Miley lost an earlier start against Toronto despite the fact he did not issue an earned run in seven full innings pitched.

It should Marcus Stroman’s turn in Toronto’s starting rotation for Game 2. He is 7-4 this season through 15 previous starts, but he did get tagged with the loss his last time out after getting tagged for seven earned runs on seven hits including three home runs last Thursday against Texas. His ERA on the year is now 3.69 with a 1.29 WHIP.

Right now, Ubaldo Jimenez is slated to be on the mound for Baltimore in Thursday’s series finale. The right-hander gave up nine earned runs to Tampa Bay last Friday in just 2 1/3 innings of work. This followed a gem against St. Louis on June 18 went he went seven full innings and only allowed two earned runs on four hits to pick up the win.

Toronto has JA Happ listed as its starter for Game 3. He went 6 2/3 innings against Kansas City in his last start, but failed to secure the win while allowing one earned run on four hits. Overall, the lefty is 2-4 with a 3.83 ERA and a 1.12 WHIP.

–The Orioles are 2-6 in their last eight AL East Division games and the total has gone OVER in eight of their last 10 games on the road.

–The Blue Jays have lost eight of their last 10 games following a win and the total has gone OVER in four of their last five home games.

–Head-to-head in this AL East showdown, Baltimore has a 7-2 edge in the nine games played this season and the total has stayed UNDER in six of those nine meetings.

Baltimore appears to have Toronto’s number this season and it should offer some good value on the road when the series price for this matchup is released. I also like the Orioles’ matchups on the mound when it comes to their chances of winning at least two of the three games this week.