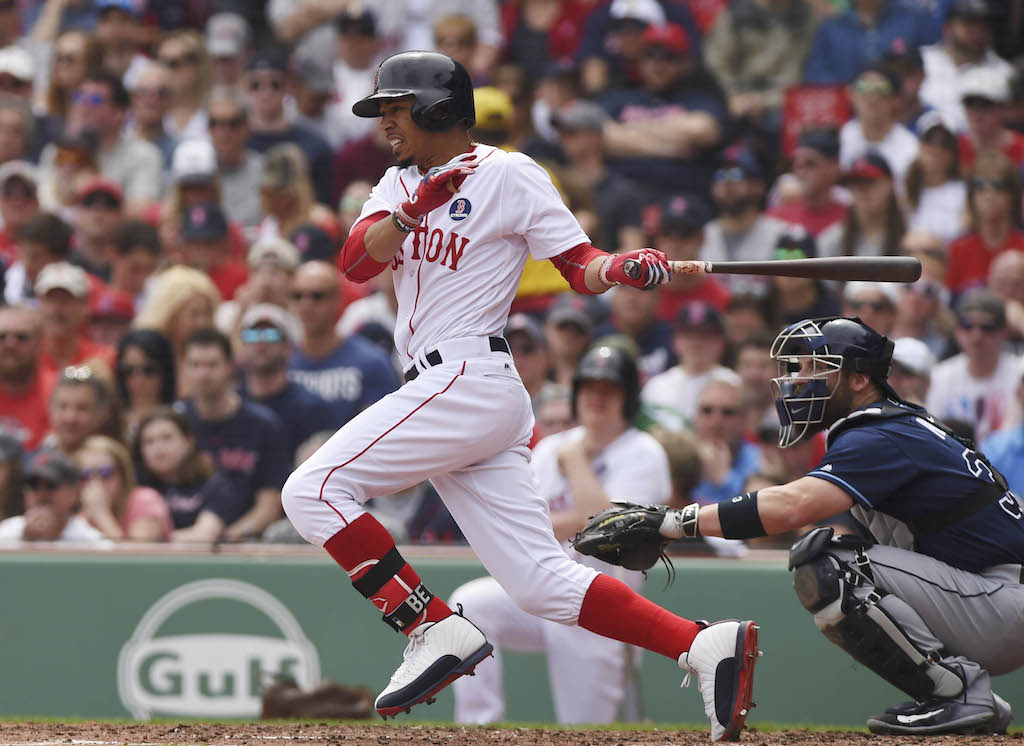 One of the best division races in baseball this season would be in the American League East where the top three teams are within 5.5 games of one another heading into the first full week of August.

The Boston Red Sox have won their last six games to open up a three-game lead on New York and a 5.5-game lead on Tampa Bay in the AL East heading into this week’s quick two-game set against the Rays. Boston is 63-49 overall with a 27-29 record this year on the road. It beat the Chicago White Sox four-straight times this weekend at home by a combined score of 22-11 after hammering in 18 runs in two earlier victories against Cleveland.

Tampa Bay lost some ground in the division race by dropping two of three games against Milwaukee at home this past weekend. The Rays are 58-55 overall after posting an even 5-5 record over their last 10 outings. They have gone 30-25 at Tropicana Field this season, but they are just 3-6 in their last nine home games. The total has stayed UNDER the closing betting line in seven of those nine games.

Take a look at all the MLB betting odds and live scores.

Boston will have its ace on the mound for the series opener with Chris Sale up next in the starting rotation. The left-hander did not get the decision is last time out against Cleveland after allowing seven earned runs on eight hits including two home runs. Overall, he is 13-4 through 22 previous starts with a 2.70 ERA and a 0.91 WHIP.

Look for Tampa Bay to counter with Austin Pruitt as its starter for Tuesday night. Pressed into service as a starter after pitching out of the bullpen for most of the season, the right-hander picked up the win his last time out after holding Houston scoreless on five hits through 6 1/3 innings.

Right now it looks like Rick Porcello will get the start for Boston on Wednesday night. He is just 5-14 through 23 starts this season and his current ERA stands at 4.70 with a 1.39 WHIP. The right-hander got the win in his last start behind some solid run support despite giving up five earned runs on seven hits in 5 1/3 innings against the White Sox last Thursday.

The Rays’ starter in this game should be Jake Odorizzi in a scheduled 7 p.m. (ET) start on ESPN. The right-hander made a rehab start last Friday with High-A Charlotte and he should be good to go this Wednesday night. He has an ERA of 4.47 and a 1.27 WHIP through 18 starts this season.

— The Red Sox have won the first game in 11 of their last 16 series and the total has stayed UNDER in six of their last eight games against a team with a winning record.

— Head-to-head in this AL East matchup, Tampa Bay has a slight 6-5 edge in the season series after winning three of four games in its last home series against the Red Sox in early July. The total has gone OVER in five of the last seven games between these two division rivals.

Although this is only a two-game series, it still presents a good opportunity to stick with Boston on the road as one of the hottest teams in baseball. The Red Sox should have the advantage on the mound in both games against Tampa Bay and their bats have been knocking in an average of 6.5 runs in the last eight contests.