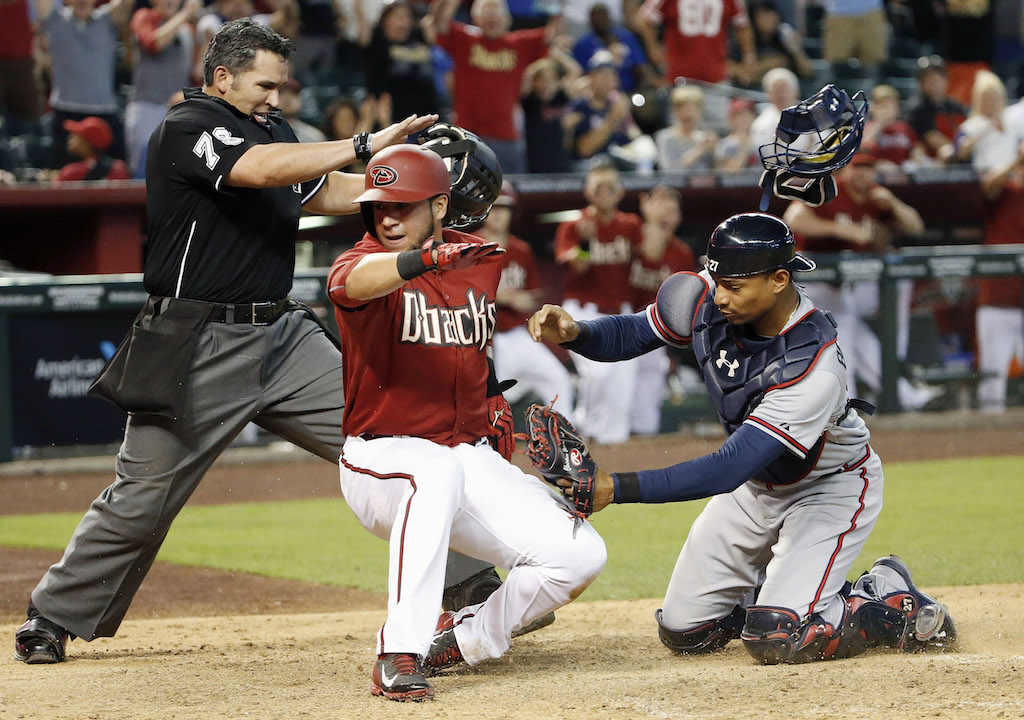 The second half of the 2017 MLB regular season gets underway this Friday following the annual All Star break and one of the most intriguing three-game series on the board is a National League matchup between the NL West’s second-place Arizona Diamondbacks and the NL East’s second-place Atlanta Braves. Both teams have some serious ground to make up in its respective division title race so it becomes imperative that each team gets a fast start out of the gate over the next few days.

Arizona held the top spot in the NL West for most of the first half of the season until the Los Angeles Dodgers got things in gear over the past month with a 26-4 run. The Diamondbacks did not help their cause with a 3-7 record over their last 10 games including three-straight losses to Los Angeles earlier this month. They are now 7.5 games off the pace at 53-36 overall with a 20-21 record on the road. The main thing Arizona does have in its favor is the second-best pitching staff in the NL with a 3.41 team ERA. Unfortunately, the team at the top of the list just so happens to be the Dodgers with a 3.15 staff ERA.

The Braves were not expected to be a factor in this year’s NL East Division race, but they have played well enough to remain in the hunt at 42-45 overall. Atlanta is still 9.5 games in back of Washington (52-36) heading into the second half of the season; however given the Nationals’ inconsistent play at times it is way too early to hand them the division crown. These two rivals faced one another in a four-game set last weekend in Washington and while Braves failed to make up any ground in this race, they still battled the Nationals to a 2-2 series tie. They come into this weekend’s series at home with a 20-22 record at Sun Trust Park.

Arizona will go with Taijuan Walker as its starter for Friday night’s opener. The right-hander has a solid 3.65 ERA through 14 previous starts with a 1.35 WHIP, but he had a rough outing his last time out against Cincinnati after getting shelled for five earned runs on five hits including two home runs in five innings pitched.

Look for RA Dickey to take the mound in Game 1 as Atlanta’s starter. He comes into the second half of the season in excellent form after allowing a total of three earned runs over his last 27 innings of work. Overall, the right-hander is 6-5 in 17 starts with a 4.23 ERA and a 1.34 WHIP. The Braves are 5-0 in Dickey’s last five starts at home.

Saturday night’s contest should feature Patrick Corbin on the mound for the Diamondbacks. The left-hander is coming off a quality start against Cincinnati on July 9 after holding the Reds to two earned runs on seven hits in six innings, but a lack of run support tagged him with the loss. Through 18 first-half starts, he is 6-9 with an ERA of 4.71 and a 1.53 WHIP.

Atlanta is expected to go with Mike Foltynewicz as its starter for Game 2. He comes in hot with victories in his last three starts after giving up a combined four earned runs on 13 hits over 19 innings pitched. With the right-hander on the mound, the Braves have won six-straight games. His current ERA stands at 3.77 with a 1.35 WHIP.

Zach Godley has been penciled in as Arizona’s starter for an early 1:35 p.m. game on Sunday. He will be making his 12th start of the season and he comes in at 3-3 with a healthy 2.58 ERA and an impressive 0.95 WHIP. The righty has lost his last two starts mainly due to run support after allowing a combined four earned runs on just five hits in 12 2/3 innings pitched.

The Braves have Jaime Garcia listed as their starter for the series finale. He has lost four of his last six starts to fall to 2-7 on the year. After allowing a total of 23 earned runs over his last four outings, the left-hander’s ERA has ballooned up to 4.55 with a 1.35 WHIP. This has been a far cry from the form that led to a number of quality starts in May and early June.

— The Diamondbacks have gone 6-1 in their last seven games against the NL East and the total has stayed UNDER or ended as a PUSH in eight of their last nine games.

— The Braves have a 12-5 record in their last 17 games against a team from the NL West and the total has stayed UNDER or ended as a PUSH in 13 of their last 17 home games.

— Head-to-head in this NL tilt, Arizona has a 4-1 edge in its last five road games against Atlanta and the total has gone OVER or ended as a PUSH in four of the last five meetings overall. This will be the first meeting between the two this season.

The Diamondbacks have clearly been the better overall team all season long in this matchup, but I give the slight edge to Atlanta on the mound in the first two games of this weekend’s series. The series price betting odds could possibly even favor Arizona on the road, but I am sticking with the Braves at home to win at least two of the three games.