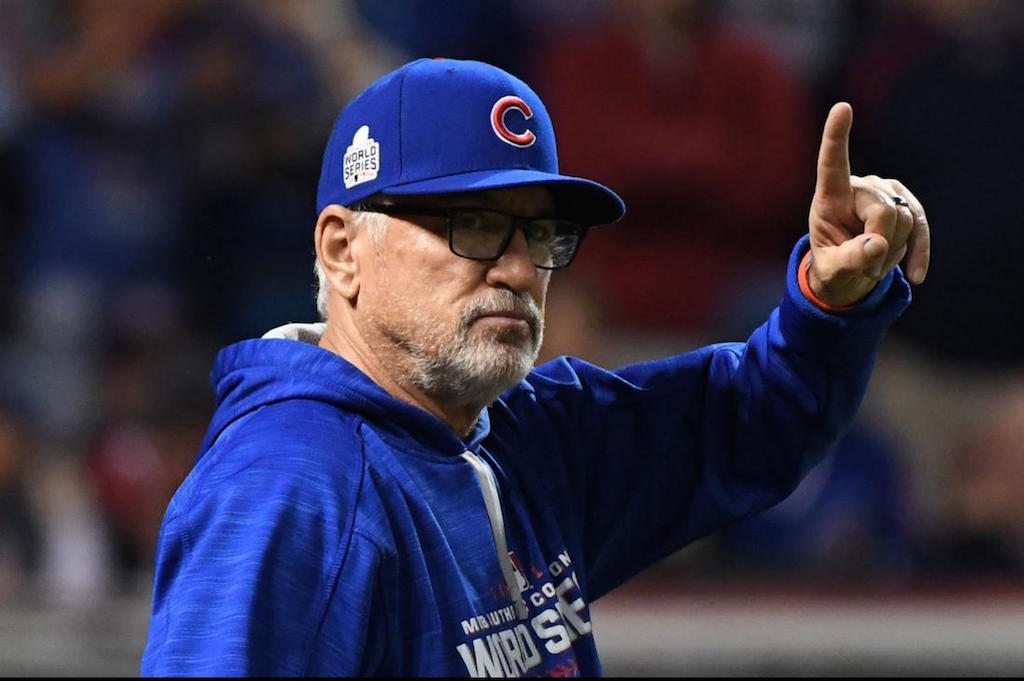 A pair of playoff contenders in the National League square off against one another this weekend for three games with the Chicago Cubs going on the road to face the Arizona Diamondbacks. All the betting action gets underway on Friday night in a 9:40 p.m. (ET) start at Chase Field.

The Cubs continue to hold a slim 1.5 game lead over St. Louis and Milwaukee in the NL Central Division race heading into Thursday’s action. They are 59-54 on the year after dropping the last two games of this week’s three-game series against San Francisco on the road. Chicago has gone 3-6 over its last nine games after starting this slide with a 2-1 series loss to Arizona at home to open the month of August. Top online sportsbooks saw the total has gone OVER or ended as a PUSH in six of the nine games.

The Diamondbacks are distant third in the NL West Division race; however at 64-49 they are right in the thick of the wild card race in the National League. They have split the first two games of this week’s series at home against the Los Angeles Dodgers as part of an even 4-4 record in the month of August. Arizona has been opened as a +150 underdog for Thursday’s Game 3 and its overall record at home this season currently stands at 37-19. The total stayed UNDER in the first two games against the Dodgers and it has stayed UNDER in three of its last five games.

Chicago will start this series with John Lackey on the mound. This will be his 22nd start of the season and he comes in at 9-9 with a 4.81 ERA and a 1.33 WHIP. The right-hander has won his last four starts while allowing a total of seven earned runs on 21 hits in 21 innings pitched. The Cubs have won their last five games with Lackey getting the start.

Taijuan Walker is expected to get the start for Arizona on Friday night. The right-hander allowed three earned runs on six hits in six innings pitched against San Francisco last Saturday in his team’s 5-4 loss. Despite a respectable 3.60 ERA with a 1.26 WHIP, the Diamondbacks have now lost their last five games with Walker on the mound.

Saturday’s 8:10 p.m. start at Chase should feature Jon Lester as the Cubs’ starter. The lefty failed to get the decision in his last two outings after allowing a combined six earned runs on 11 hits over 10 2/3 innings pitched. This will be his 25th start of the season and his current ERA stands at 3.97 with a 1.22 ERA.

Arizona should turn to Patrick Corbin for Game 2. This left-hander is 8-11 on the year with a 4.76 ERA and a 1.56 WHIP. He has lost his last two starts after getting shelled for a combined 10 earned runs on 17 hits that included four home runs. One of those losses came against the Cubs on Aug. 1 in Chicago’s 16-4 romp.

Jake Arrieta is scheduled to get the start for Chicago in Sunday’s series finale at 4:10 p.m. The staff ace is 11-8 with a 3.83 ERA and a 1.21 WHIP following Monday’s quality start against San Francisco. In 6 1/3 innings pitched, the right-hander gave up two earned runs on nine hits. This followed an Aug. 3 start against the Cubs in which he allowed just one earned run on three hits.

The Diamondbacks have Zack Godley penciled in as their starter for Sunday afternoon. The right-hander will be making his 17th start of the season and he comes in at 5-4 with a solid 2.94 ERA and a 1.02 WHIP. He held the Dodgers to three earned runs on eight hits in 6 2/3 innings this past Tuesday in Arizona’s 6-3 win.

— The Cubs have won 12 of their last 15 games on the road and the total has stayed UNDER or ended as a PUSH in 20 of their last 27 road games.

— Head-to-head in this matchup, Chicago has a 9-4 edge in the last 13 meetings despite losing two of three to Arizona at home earlier this month. The total went OVER in two of the three games.

The Cubs have been slumping a bit since that fast start after the All Star break, but looking at the matchups on the mound along with their proven ability to win on the road, I would go with Chicago to win at least two of three this weekend to successfully avenge that earlier series loss at home.