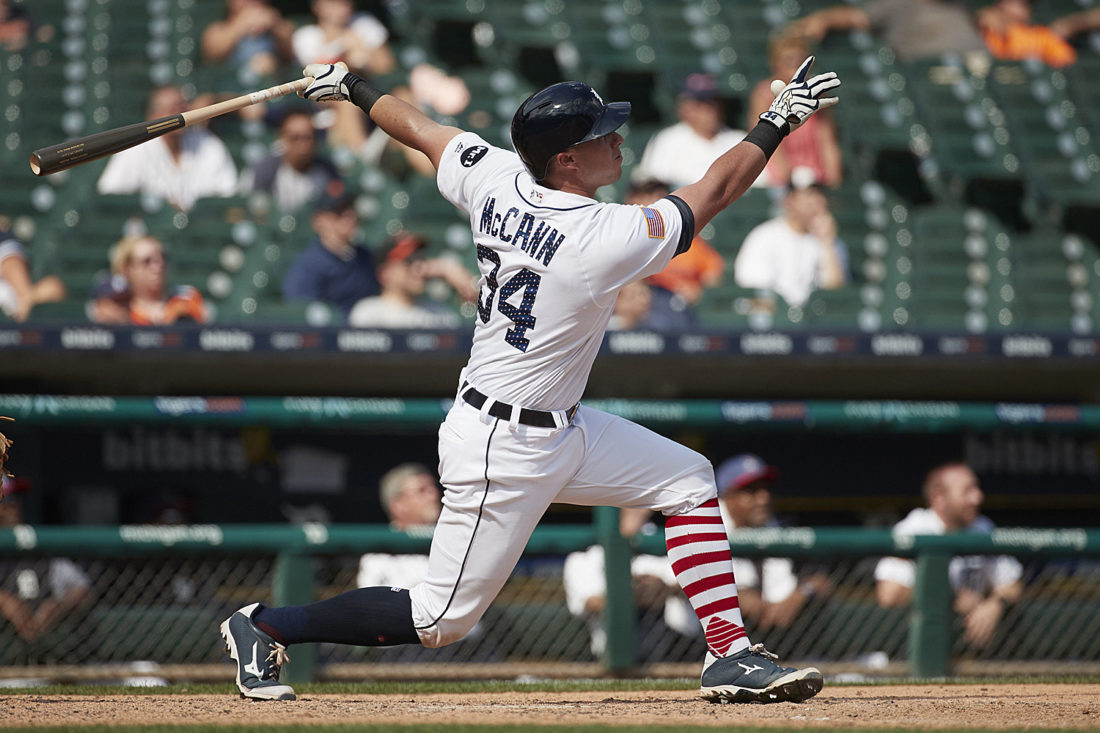 The first half of this year’s MLB regular season officially comes to a close this weekend in advance of next week’s All Star break and one of the top series on the betting board is an AL Central tilt between the Detroit Tigers and the Cleveland Indians. Game 1 of this three-game weekend series is set for Friday night in a 7:10 p.m. start at Progressive Field and Game 3 is the featured matchup on ESPN’s Sunday Night Baseball at 8 p.m.

The Tigers (37-45) will wrap up this week’s three-game interleague series against San Francisco on Thursday before moving on to Cleveland for Friday’s opener. Last weekend they played host to the Indians and lost the last two games of that series after winning the series opener 7-4 as slight +107 underdogs. They were outscored 15-9 in the next two games. After splitting the first two games this week against the Giants, the total has stayed UNDER or ended as a PUSH in four of their last five games.

Cleveland (44-38) is clinging to a 1.5-game lead over both Kansas City and Minnesota in the AL Central with one game left in this week’s interleague series against San Diego. The Indians have already lost the first two games as heavy home favorites by a combined score of 7-2 and they have been opened as -175 favorites for Thursday’s Game 3. The two losses dropped Cleveland to 18-22 at Progressive Field this season and the total has stayed UNDER in eight of its last nine home games.

Detroit will get things going with Jordan Zimmermann as its starter for Friday night. The right-hander is 5-6 through 16 previous starts and his ERA stands at 5.58 with a 1.47 WHIP. He lost last Saturday’s start against Cleveland after giving up four earned runs on five hits in 5 2/3 innings pitched. He has now allowed a total of 12 earned runs over his last three outings.

The Indians are looking for a fast start out of the gate behind right-hander Carlos Carrasco. He got the win in last Saturday’s contest by holding the Tigers to one earned run on four hits over seven innings pitched. This moved his record on the year to 9-3 with a 3.50 ERA and a 1.05 WHIP. Carrasco has now won four of his last five starts.

It will be Justin Verlander’s turn in the Tigers’ starting rotation this Saturday and he comes into this game with a 4.96 ERA and a 1.52 WHIP after getting shelled by the Indians last Saturday. The right-hander only lasted 3 1/3 innings after allowing seven earned runs on nine hits including two home runs. Rumors are flying that Detroit’s ace could be on the trading block with heavy interest from the Chicago Cubs.

Mike Clevinger is slated to get the start for Cleveland in Game 2 and he was on the winning end of last Saturday’s 11-8 victory. The right-hander went six full innings and held the Tigers to one earned run on two hits. This quality start moved his ERA on the year to 3.33 and his WHIP now stands at 1.19. Clevinger is 4-3 overall after winning two of his last three starts.

As the featured matchup on ESPN’s Sunday Night Baseball, the Tigers will turn to right-hander Michael Fulmer as their starter for this series finale. He is coming off a pair of quality starts that resulted in wins after allowing five earned runs on 12 hits over 16 2/3 innings pitched. His ERA sits at 3.20 through 16 starts this season with a 1.10 WHIP.

Cleveland will look to end the first half of its season on a winning note with Corey Kluber on the mound. Despite holding San Diego to one run on five hits through eight innings pitched, he picked up the loss this past Tuesday with zero run support. The right-hander is 7-3 overall with a 2.85 ERA and a 0.97 WHIP.

— The Tigers have lost 11 of their last 16 games against a team with a winning record and the total has gone OVER or ended as a PUSH in eight of their last 10 division games.

— Head-to-head in this division clash, Detroit has lost 11 of its last 16 road games against Cleveland and the total has gone OVER in 27 of the last 33 meetings at Progressive Field. The Tigers have a slight 5-4 edge in this season’s series.

The series price on Cleveland is going to be high for this AL Central tilt, but it would be hard to go against the Indians at home given the matchups on the mound over the next three days. There is some concern with the Indians’ bats this week, but they did manage to score a combined 19 runs in three road games against Detroit last weekend.