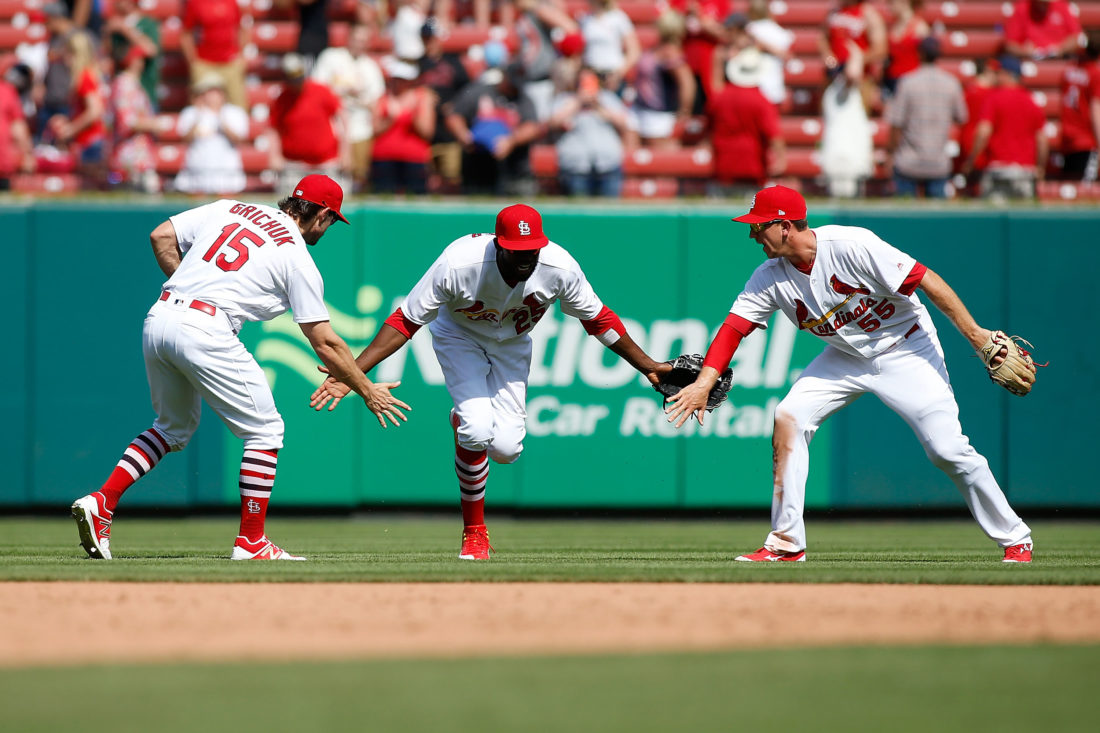 Despite the fact that the Pittsburgh Pirates and the St. Louis Cardinals are a combined 10 games below .500 heading into Thursday’s action, they are both in the thick of the race for the NL Central Division title. The surprising Milwaukee Brewers are clinging to a game and half lead over the disappointing Chicago Cubs with Pittsburgh five games back and St. Louis four games off the pace.

The Pirates have already made up some ground on the Brewers this week with a 2-1 series lead heading into Thursday’s series finale in Milwaukee. They have been opened as +103 road underdogs for that game with the Brewers listed as -113 home favorites. St. Louis will play one more game against Philadelphia on Thursday as a -145 road favorite after beating the Phillies by a combined score of 15-7 in the first two games of that three-game set.

Starting this Friday night at Busch Stadium, the Pirates will be in town for three games with both teams trying to make the most of the opportunity to continue to close the gap in the NL Central race. Pittsburgh is 33-39 overall with a 14-21 record on the road this season, but it has won seven of its last 11 road games. The Cardinals’ record stands at 33-37 with an even 18-18 mark at home. They dropped three of four games to the Brewers in their last home series.

The Pirates will go with Jameson Taillon as their starter for Friday’s series opener. The right-hander is 3-2 on the year through eight previous starts. His current ERA stands at 3.38 with a 1.39 WHIP after getting tagged for four earned runs on eight hits in his last start against the Cubs on June 18. This was just his second start after missing over a month of action due to injury.

St. Louis has Adam Wainwright listed as its starter for Game 1. The veteran right-hander lasted just 1 2/3 innings his last time out after getting shelled by Baltimore with nine earned runs on seven hits including three home runs. Overall, he is 7-5 through 14 starts with a 5.75 ERA and a 1.64 WHIP.

The pitching lineup for Saturday’s game has Gerrit Cole on the mound for Pittsburgh. He will try and extend his current winning streak to three games after giving up just two earned runs on six hits in his last two starts while going a full seven innings in each outing. The righty is now 5-6 on the year with a 4.28 ERA and a 1.25 WHIP.

Look for Lance Lynn to get the start for St. Louis in Game 2. He is another Cardinals’ starter coming off a rough outing after allowing seven earned runs on nine hits in 4 2/3 innings pitched against Baltimore during last Sunday’s MLB action. This will be his 15th start of the season and the right-hander has an ERA of 3.33 and a 1.16 WHIP as part of an overall record of 5-4.

Sunday’s series finale is the featured game on ESPN in a scheduled 8 p.m. start and the Pirates should turn to Chad Kuhl as their starter. The right-hander is coming off a quality start against Milwaukee to pick up the win in five innings pitched by holding the Brewers to two earned runs on seven hits. Overall, he is just 2-6 on the year with a 5.46 ERA and a 1.55 WHIP.

The Cardinals are expected to give the start to right-hander Mike Leake on Sunday night. He went six innings his last time out against Philadelphia; allowing one earned run on three hits. This was one of his best efforts since late May after getting tagged with a loss in each of his previous four starts. Leake is 5-6 overall with an ERA of 3.03 and a 1.08 WHIP.

–The Cardinals have lost nine out of their last 10 NL Central games and the total has gone OVER in four of their last five games at home.

–St. Louis brings a six-game winning streak against its bitter rivals into this weekend’s showdown including a 3-0 series sweep at home back in April. Pittsburgh is just 11-28 in its last 39 road games against the Cardinals and the total has stayed UNDER in six of the last seven meetings at Busch Stadium.

Neither team has been able to play with any kind of consistency this season behind a starting rotation that has been rather shaky at times. I would give the Cardinals the slight edge both on the mound and at the plate and when you factor in their domination over Pittsburgh at their home park in recent years I like their chances to win at least two three this weekend.