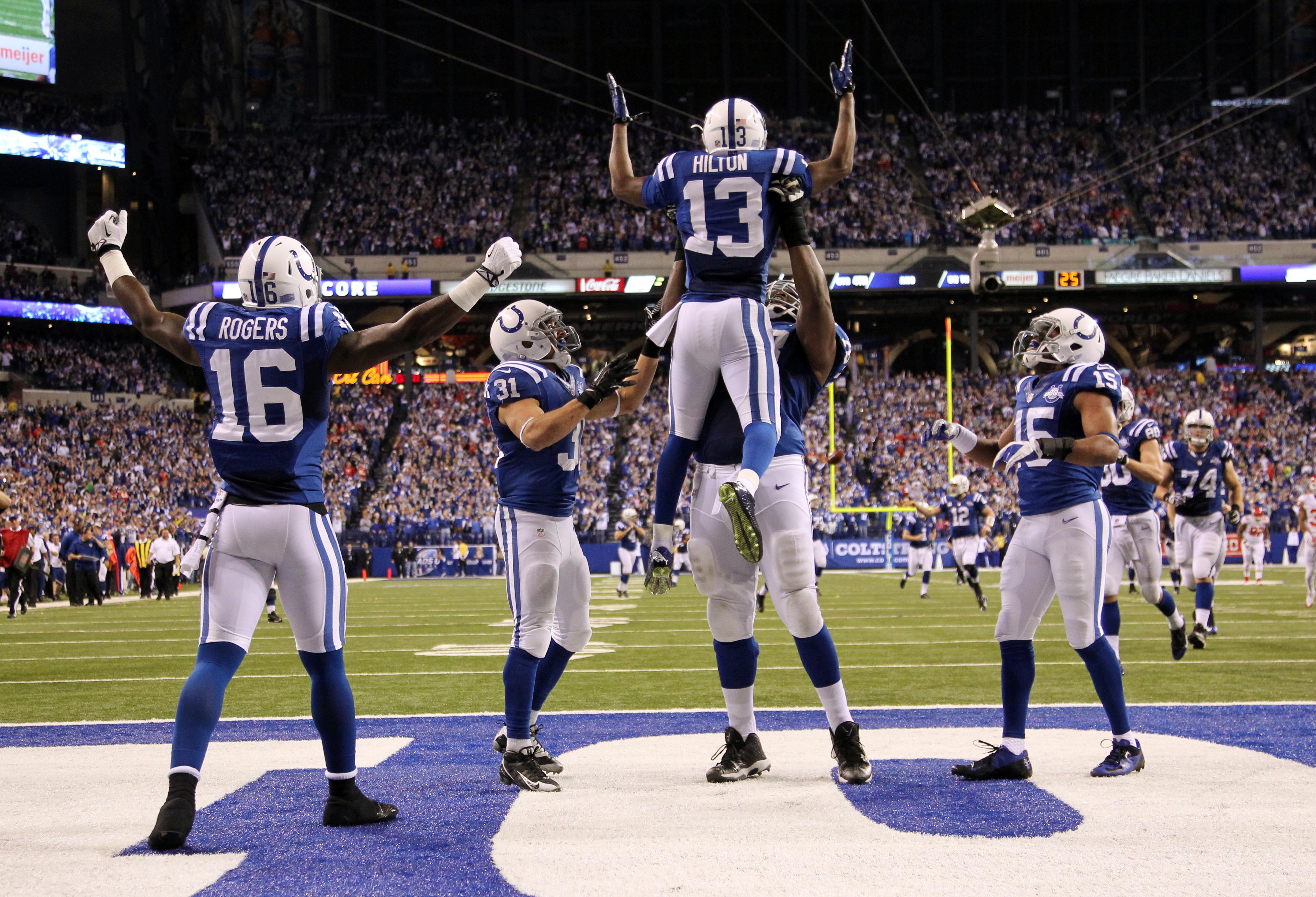 The thing that Indianapolis Colts fans most feared was that their team was going to have to go up against the aggressive New York Jets’ defense this week without their best receiver available.

But apparently they can breathe a sigh of relief. And so can Americas Bookie patrons who are leaning toward the Indianapolis side.
Ty Hilton suffered a bruised knee in last week’s hugely disappointing 27-14 defeat to the Buffalo Bills, and everyone thought that he might be shelved for at least a week or two. But he received consistent treatment, and set a goal of getting on the field for a practice session on Saturday.
Well, head coach Chuck Pagano said that he looked “good” and in the NFL, you know what that means – he will be in the starting lineup when this Monday night matchup kicks off at 8:30 PM ET at Lucas Oil Stadium.
Hilton, with 1345 yards last season, is the guy who stretches defenses for quarterback Andrew Luck. Phillip Dorsett may become another of those guys, but he is a rookie and may not be ready to make an impact yet. Dante Moncrief would have started in place of Hilton, who is officially listed as “questionable.” And then there is Andre Johnson, the accomplished veteran who asked for and got his release from Houston in the off-season. Reggie Wayne’s number was no doubt on Pagano’s speed dial too.
In the reduced juice Monday night football lines, as posted by the folks at Americas Bookie, the Colts are favored by almost a touchdown:
Indianapolis Colts  -6.5 (-105)
New York Jets  +6.5 (-105)
Over 45.5 points  -105
Under 45.5 points  -105
Generally speaking, to make those plays down the field to Hilton, the Colts are going to have to give Luck some time, and they saw their quarterback hurried a great deal last week, as he completed just 40% of his passes when facing a blitz. Todd Bowles, the first-year Jets coach who was the defensive coordinator with the Arizona Cardinals last season, is notorious for dialing up a lot of pressure, just like predecessor Rex Ryan, who ironically kept the heat on Luck last Sunday with the Bills. But while Buffalo was missing Leodis McKelvin out of the secondary, Darrelle Revis is present and accounted for at one corner for the Jets, so if they elect to take Hilton out of the game, they might be able to. Also, Antonio Cromartie, who was hurting with his own knee injury, has been upgraded to questionable, which at the same time has the potential to upgrade the New York back line.
Americas Bookie patrons may also get their first chance to see what Frank Gore can really do this Indianapolis offense. We say that because before they could blink last week, the Colts were down 14-0 in Buffalo, and when Luck decides it is time to play catch-up, the running game often gets neglected. There was one stretch, for instance, when Luck threw the ball on eighteen consecutive downs. Pagano absolutely does not want that to happen again. Sure, it’s not likely with Ryan Fitzpatrick, a journeyman, at quarterback for the Jets, but last week’s opposing QB, Tyrod Taylor, was making his first NFL start.
Gore, who may have a season or two of high-quality football left in him, has eight years of 1000-yard rushing under his belt, so there is the potential for Luck to get a lot of help from him, whether Hilton is at 100% or not.
But that’s only if Luck, who comes to the line of scrimmage with the option of calling a run or a pass, takjes advantage of it.
Americas Bookie welcomes you with a great bonus package, then keeps you occupied with the thrills of Live Betting Extra…..
Previous News Next News