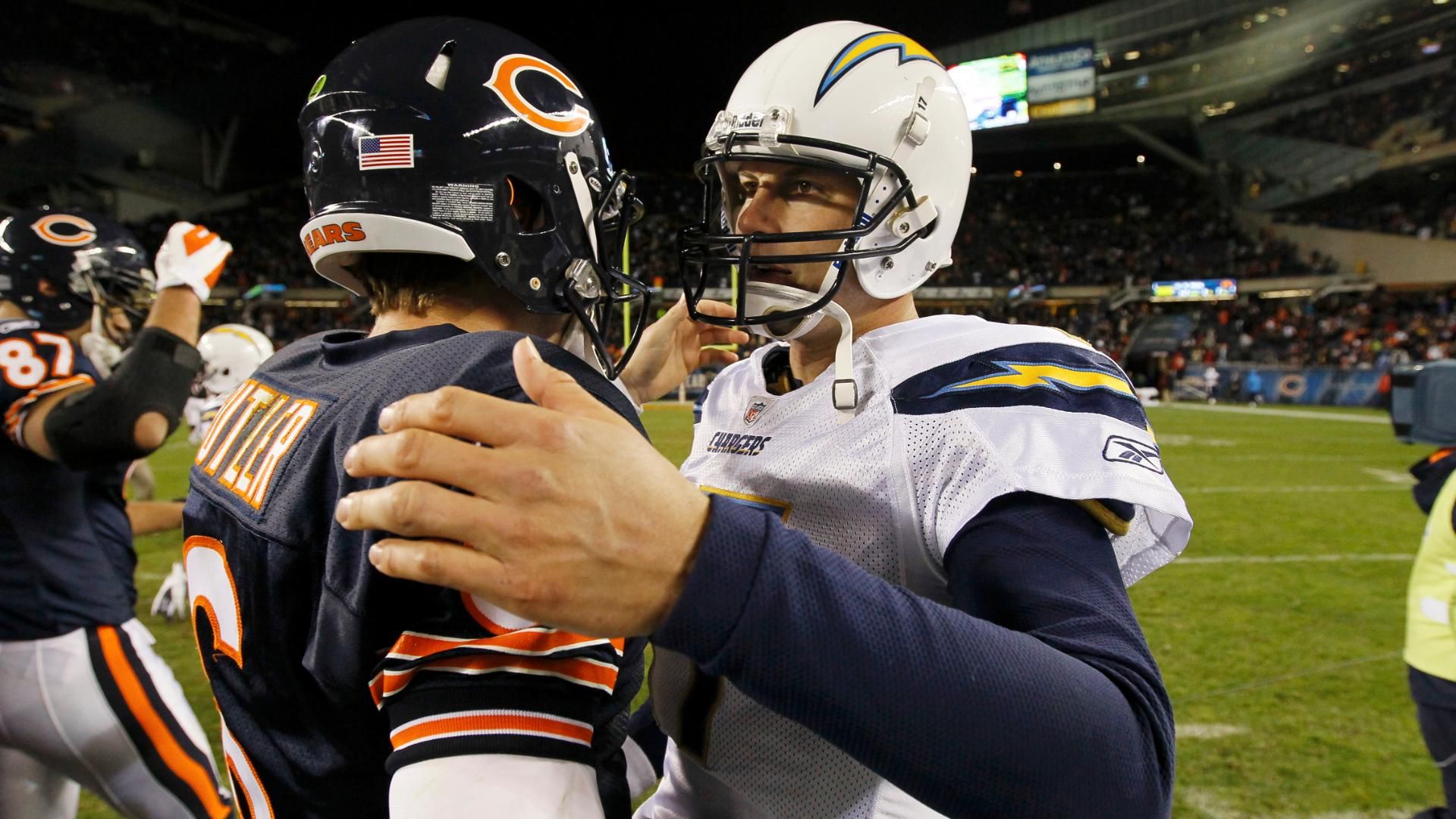 The Chicago Bears are missing perhaps their most of important offensive piece as they prepare for Monday night football action against the San Diego Chargers, and how they manage to improvise and adapt to that loss is going to determine whether they stand a chance to win this game as an underdog against the NFL betting odds. This game matches two teams that really can’t afford to lose again, and it gets underway at 8:30 PM ET at Qualcomm Stadium in San Diego, with live television courtesy of ESPN. BetAnySports customers have an opportunity to get reduced juice before the game starts, and then after the opening kickoff, they can continue to wager, against odds in real time, through the magic of Live Betting Extra.

Matt Forte has had a fantastic NFL career, and he actually caught over 100 passes last season, setting a record for running backs. But he will miss this game with a knee injury, which leaves backfield responsibilities largely in the hands of a rookie. Jeremy Langford came to the Bears as a fourth-round draft pick out of Michigan State, and considering the fact that he had over 1500 yards rushing last season for a nationally-ranked Big Ten powerhouse, he must not have been considered a sterling NFL prospect. He is certainly not going to be the receiver Forte was, as in his last two years of college he caught only 39 passes. So as you can imagine, offensive coordinator Adam Gase is going to have to make some considerable adjustments here.

In the NFL betting odds posted on this Monday night game, with reduced juice from BetAnySports, San Diego is favored on its own field:

Gase, who followed John Fox to Chicago after Fox was fired by John Elway in Denver, has designed an offense that isn’t so bad, when all the parts are in working order. Jay Cutler has been protected in this scheme, suffering only nine sacks in the six games. Martellus Bennett is going to be called upon, without question, as a primary target in the short routes, and the tight end has 37 receptions on the season.

Eddie Royal, the former Charger, has been ruled out of this game with a knee injury, and that will just transfer more of the burden to the #1 wideout, Alshon Jeffery, who had sat out four games with a hamstring injury but has come back strong with 263 yards in his last two games.

So BetAnySports patrons know that moving the football may not be Chicago’s primary challenge here, especially as San Diego’s defense has averaged 6.6 yards allowed per play. It is the Bears’ own stop unit that will be their problem here, in all likelihood. They simply do not force turnovers; while Chicago has allowed 16 touchdown passes, they have registered only four interceptions in their first seven games, and the defensive front has allowed 4.7 yards per carry. When a team permits 45% third-down conversions, they are in a bit of trouble. Vic Fangio came aboard as the defensive coordinator this season, and switched to a 3-4 alignment. And obviously this is a work in progress. Beyond Pernell McPhee, who has five sacks, Chicago has no pass rush whatsoever. And Philip Rivers is on a pace to break Peyton Manning one-season record for passing yardage. So just put all that together.

BetAnySports gives you what you want, including reduced juice wagering so that you can get more value fine against the NFL betting odds…… And now, with Bitcoin added to the list of creative deposit options, it is easier than ever to get an account opened and replenished!