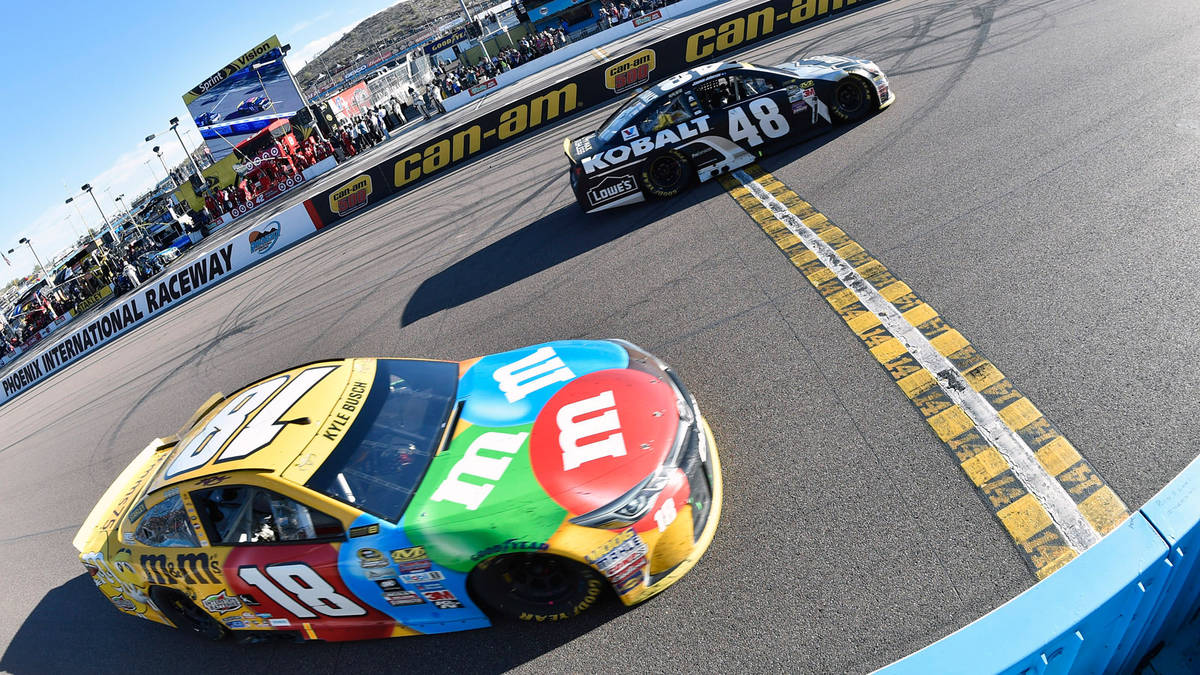 NASCAR’s Sprint Cup series starts its season off with a bang with the running of the Daytona 500 as its top event of the year. This Sunday the series will return to Florida at Homestead-Miami Speedway to crown a new champion in the Ford EcoBoost 400 in its second-biggest race on the slate.

Under the rules of the 10-race Chase to a Sprint Cup title, the top four drivers in the current point standings get a chance to put it all on the line in one final point-race event to take home the series championship. The Chase starts with 16 drivers and it whittles its way down to four over the course three elimination rounds.

This year’s field is a good one with six-time Sprint Cup Champ Jimmie Johnson leading the way as both a +400 favorite to win Sunday’s race and a +200 favorite to add another title to his impressive total. Next on the list is last year’s Sprint Cup winner Kyle Busch with +500 betting odds to win this one last race to go along with his +260 odds to repeat as champ. Rounding out NASCAR’s version of a Final Four is Joey Logano and Carl Edwards, who both have +700 odds to win on Sunday and +300 odds to win their first career Sprint Cup title.

You do not have to win Sunday’s race to win a title, you just have finish higher than the other three drivers. This creates a unique opportunity when it comes to betting on this one final Sprint Cup event. This will be the third season under the new elimination round format for the Chase. Going back to 2014 when Kevin Harvick won the title, he won the final two races of the season to seal the deal over Ryan Newman, Denny Hamlin and Logano. Last season, Busch won the title by winning this race over Harvick, Jeff Gordon and Martin Truex Jr.

If you believe that good things come in threes, then you will probably want to parlay a bet on one of this year’s four drivers to win both Sunday’s race and the title given the results over the past two years. Harvick is actually listed as a +600 third-favorite to win at Homestead-Miami and Truex Jr.’s odds to make a trip to the Winner’s Circle this Sunday are set at +800, but you cannot help but get the feeling that one of the four drivers in the title race will find a way to also take the checkered flag one last time this season.

Not to discount both Logano’s and Edward’s chances to upset the field this Sunday; things should boil down to a two-driver duel between Johnson and Busch. These two have already combined to win eight of the first 35 point races on this year’s schedule. Johnson may have the slight edge behind the wheel of the No. 48 Chevrolet given his recent Chase victories at Charlotte and Martinsville, but Busch has been able to guide his No. 18 Toyota to six Top 5 finishes in the first nine races of this year’s Chase including a second-place run at Dover and last Sunday at Phoenix.

The deciding factor in my book is Johnson’s six previous titles. Granted the previous rules to win a title for each of those championship runs did not involve a single elimination race, but it would be hard to argue against the fact that Jimmie Johnson is the best active NASCAR driver in Sunday’s field. Busch was able to get it done last year against a great driver in Kevin Harvick, but this Sunday he will be up against a racing legend hell-bent on adding to this legacy.