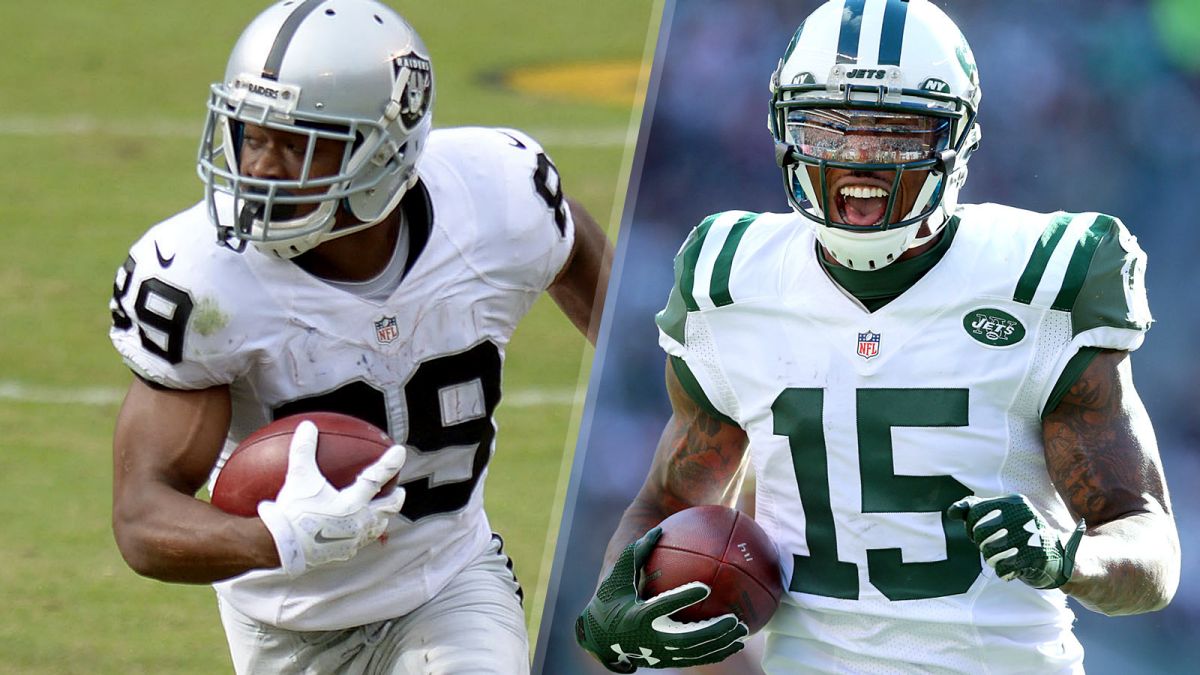 Slim pickin’s for bettors looking to wager on the late afternoon games in Week 8. With four teams on a bye, and nine 1:00 PM ET starts, including the Detroit Lions and Kansas City Chiefs matchup in Britain, we have to choose wisely if we are going to be successful. I have all the information you’ll need to make an informed wager…I’ll even give you my picks, just because I’m a hell of a guy!

The New York Jets (4-2, 2-1 Away) head across the country to the Bay Area to tangle with the Oakland Raiders (3-3, 1-2 Home) at O.co Coliseum. Experts like those at America’s Bookie currently have the Jets a road favorite at -3 with the total set at 44. If moneyline wagers are your preference, you’ll find the Raiders paying +130 and the Jets at -150.

The Jets are coming off a tough fought 30-23 loss at Gillett Stadium in Foxborough last Sunday, a game in which they had a 20-16 fourth quarter lead. They could not hold on, as Tom Brady led his Patriots down the field for two touchdowns, as New England held on for the win.

The 30 points were the most the stingy Jets defense had given up all season. Their previous high was in a 24-17 loss to the Philadelphia Eagles in Week 3, and have allowed 20 or less points in their other four games this year. They come into Sunday’s game ranked second behind only Denver with 17 points/game (Denver – 16.8 PPG) and first in rushing yards allowed at 429.

Oakland is also very tough against the run, allowing only 506 rush yards this season, good for second in the league. They do however need to tighten up on the back end, giving up the most pass yards per game at 304.

The second of two late afternoon games has two preseason favorites to represent the NFC in the SuperBowl, and both have been disappointing. The Cowboys (2-4, 1-2 Home) host the Seattle Seahawks (3-4, 1-3 Away) at AT&T Stadium. The Cowboys come into this one a 5-point home dog with the U/O at 41½.
The Cowboys are 0-4 since losing QB Tony Romo in their last win, a Week 2 20-10 defeat of the Philadelphia Eagles. Dallas has struggled on both sides of the ball, who are 27th in the league in point per game at 20.2. A Cowboy defense that was supposed to be one of the best in the league has disappointed, giving up 26.3 points/game, 24th in the league. The offense hopes to receive a boost on Sunday with the return of number one wide receiver Dez Bryant, who has not played since Week 1 after breaking his foot.

The 3-4 Seahawks lost three of 4 games this year to the currently undefeated Packers, Bengals and Panthers, however most were expecting more out of them. Seattle QB Russell Wilson had one of his worst starts of his career in a 30-23 home loss to the Cowboys last year, completing only 50% of his passes (14-28) for 126 yards. Look for Seattle to ride RB Marshawn Lynch in this one.

Expect a low scoring affair at Jerry’s World, and take the UNDER (41½) as part of our two team parlay. The Jets/Raiders matchup is an intriguing one, as the upstart Raiders could surprise in this one. Take the UNDER is this one too, as it’ll be a defensive battle.