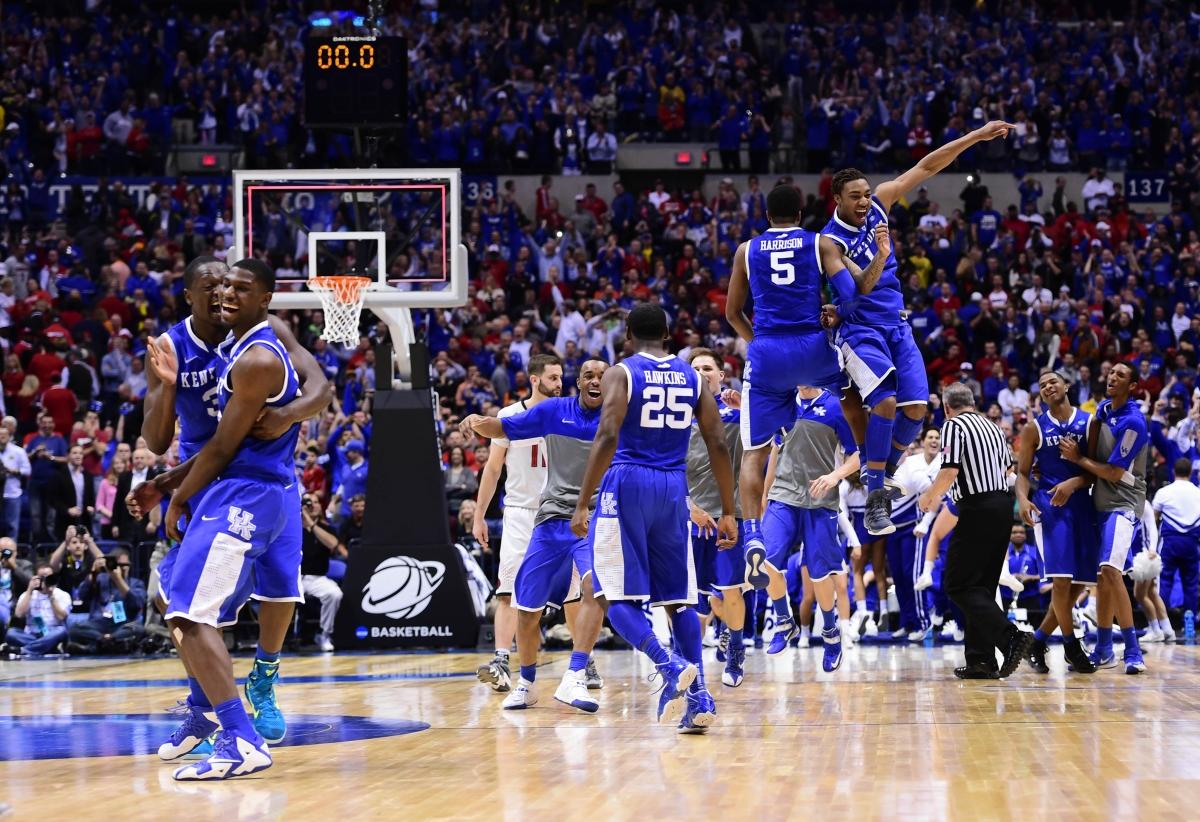 Kentucky has scored a whopping 45.1 percent of its points on either layups or dunks, including 48 of the Wildcats’ 74 points vs. No. 5/4 Duke. Why such high-percentage baskets? It starts on the defensive end where UK is forcing 14.8 turnovers per game. That’s led to an average of 16.8 points off turnovers per game, many of the fast break variety.

Despite losing seven players to the NBA Draft, Kentucky will return an explosive and talented nucleus in 2015-16. Scholarship players EJ Floreal, Dominique Hawkins, Marcus Lee, Alex Poythress, Derek Willis and Tyler Ulis will return and join a talented recruiting class that’s ranked No. 2 in the country. Ulis ranked third in the country and first among league competition last season with a 3.6 assist-to-turnover ratio. Poythress entered the season just 90 rebounds shy of becoming the 52nd players in program history to snatch 500 or more career boards. Lee entered the year with 41 career blocks.

To help offset for losing 85.9 percent of its scoring and 77.3 percent of its rebounding from the historic 38-1 Final Four team of a season ago, Kentucky will welcome eight newcomers to the 2015-16 roster. The spring and summer scholarship editions included Canadians Mychal Mulder and Jamal Murray, and Austrailian Isaac Humphries, who join fall signees Isaiah Briscoe, Skal Labissiere and Charles Matthews. UK also added walk-ons Jonny David and Dillon Pulliam. Mulder was a junior college All-America selection as a sophomore at Vincennes University. Murray and Humphries reclassified to the 2015 class. Murray is rated a top-15 prospect by nearly every recruiting service, while Humphries is a top-50 prospect. Briscoe adds to Calipari’s growing list of McDonald’s All-Americans, while Labissiere is rated as the No. 1 overall player in the 2015 class by both Rivals and Scout. Matthews, who played in the Jordan Brand Classic, was the first committed to the class and joins former AAU teammate Tyler Ulis on the roster.

Though Kentucky isn’t quite as big and as long as it was last season, the Wildcats are still one of the tallest teams in the country and still appear to be one of the best on the boards. Against NJIT, Kentucky grabbed 31 more rebounds than the Highlanders, the best mark of the John Calipari era. The 54 total rebounds ranked as the fourth most of the Coach Cal era, and the 22 offensive rebounds tied for the fourth most in Calipari’s seven seasons.

The Wildcats rank first in the Southeastern Conference in offensive rebounding percentage (.450), first in rebounds allowed per game (28.8) and second in rebound margin (plus-13.0). Through six games, SIU has had a player foul-out five times. Last season, SIU had a player foul out just seven times.