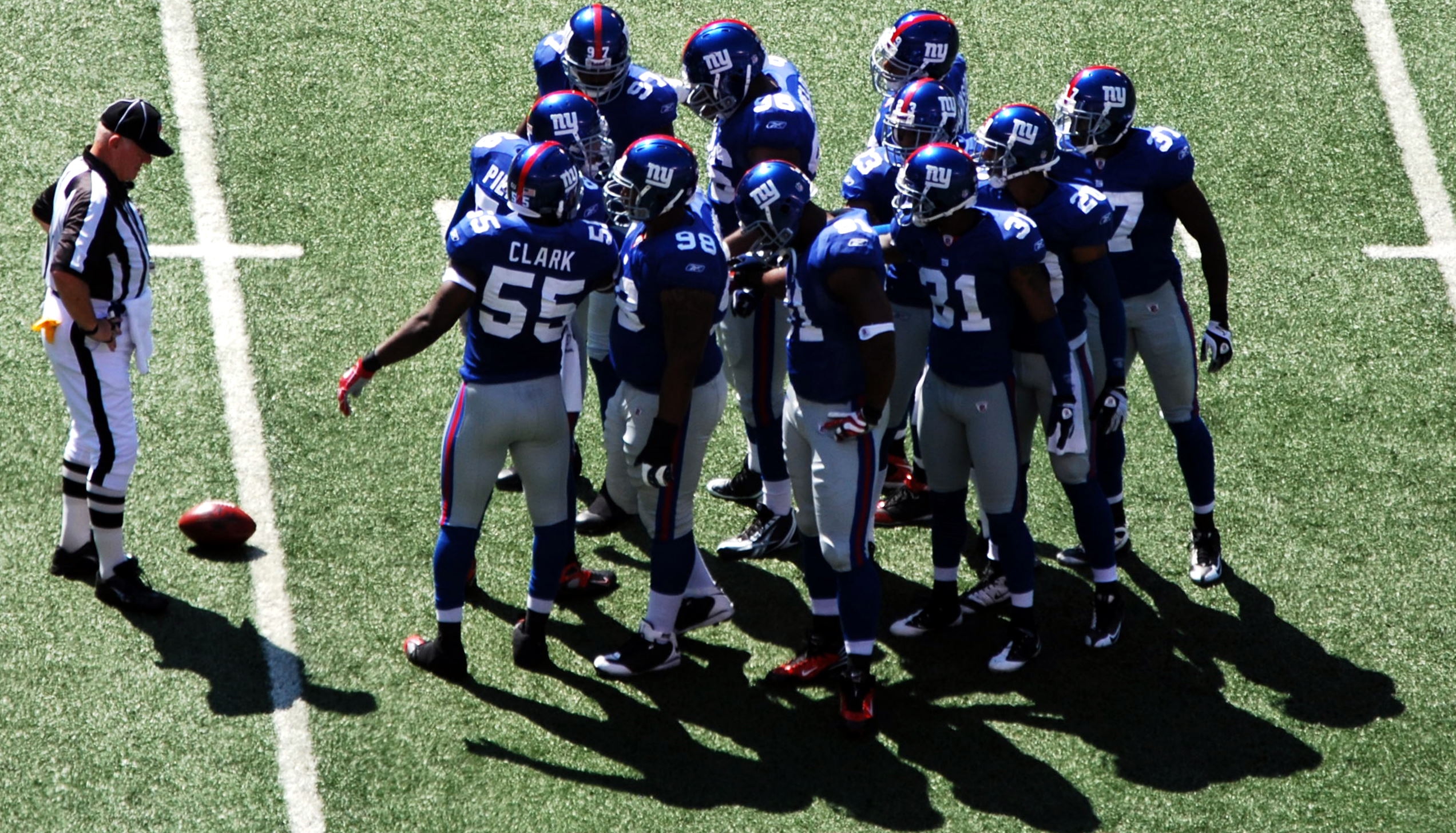 By Charles Jay
After a couple of fourth-quarter disasters, the New York Giants have gained some momentum and confidence with a pair of victories. They now see themselves in pretty good position in the NFC East, and frankly, so do a lot of other people. On Sunday night they will play host to the San Francisco 49ers, who will be out to prove that they are not a team in disarray. The action begins at 8:30 PM ET at MetLife Stadium in East Rutherford, NJ, and NFL betting continues for BetAnySports customers all night long when they place wagers on the contest while it is in progress through the magic of Live Betting Extra.
As most people who follow the league are well aware, the Giants became the first team since 1925 to lose its first two games as a result of blowing double-digit leads in the fourth period. That can have a debilitating effect on a club, and there was most certainly the danger of a downward spiral taking place. But an eleven-point win over the Washington Redskins, followed by a two-touchdown victory over the Buffalo Bills, have given Tom Coughlin’s crew a rebirth. Now they see themselves right in the thick of things in the division race, and as a team that played well enough to go 4-0.
The Niners had a real confidence builder in their opener as they beat Minnesota 20-3, but it has been all downhill from there. In the last three games they have been outscored 107-28 by their opponents, and first-year head coach Jim Tomsula is desperate for answers. Colin Kaepernick has faltered; the San Francisco quarterback has the third worst QB rating among starters, and he is operating without much confidence at all. Two of his five interceptions have been returned for touchdowns. And he has been sacked 14 times, which should never happen to someone with his ability to move.
In the NFL betting lines that have been posted on this game at BetAnySports, the Giants are the favorites:
New York Giants -6.5 (-115)
San Francisco 49ers  +6.5 (-105)
Over 43 points  -110
Under 43 points  -110
What makes things difficult for San Francisco here is that they aren’t likely to make much headway on offense if Kaepernick can’t get it down the field and keep the ball out of enemy hands. The Giants have been a pretty rough bunch against the run, holding opponents to only 3.1 yards a carry, and Carlos Hyde, who began the season like gangbusters with 168 yards against Minnesota, has cooled down considerably. Last week he had 20 of Frisco’s 77 yards on the ground in the 17-3 loss to Green Bay, and that is not the way Tomsula wants to do business.
On a per-play basis, the 49ers are being outgained by a yard and a half by the opposition, and that is a tough thing to overcome. The drive charts also reveal that only Minnesota and New Orleans have surrendered more yards per possession. BetAnySports patrons know that Tomsula and his staff started out behind the eight-ball as they had to replace a number of defensive starters, and ultimately it is going to catch up to a team.
And so here comes Eli Manning, who has been sacked just four times and is enjoying a strong connection once again with Odell Beckham (307 receiving yards). It’s important that Reuben Randle has stepped up, because Victor Cruz has been held out of practice recently and may not yet be ready to come back from his calf injury. Rookie Erick Flowers is back at left tackle, though, and that is something that could give Manning even more security in the pocket.
If you are truly into NFL betting, you will appreciate what they have to offer at BetAnySports, the home of reduced juice wagering and deposits that can be made through Bitcoin……..And you’ll be pleased to know that their payouts are as fast as anyone in the business!
Previous News Next News