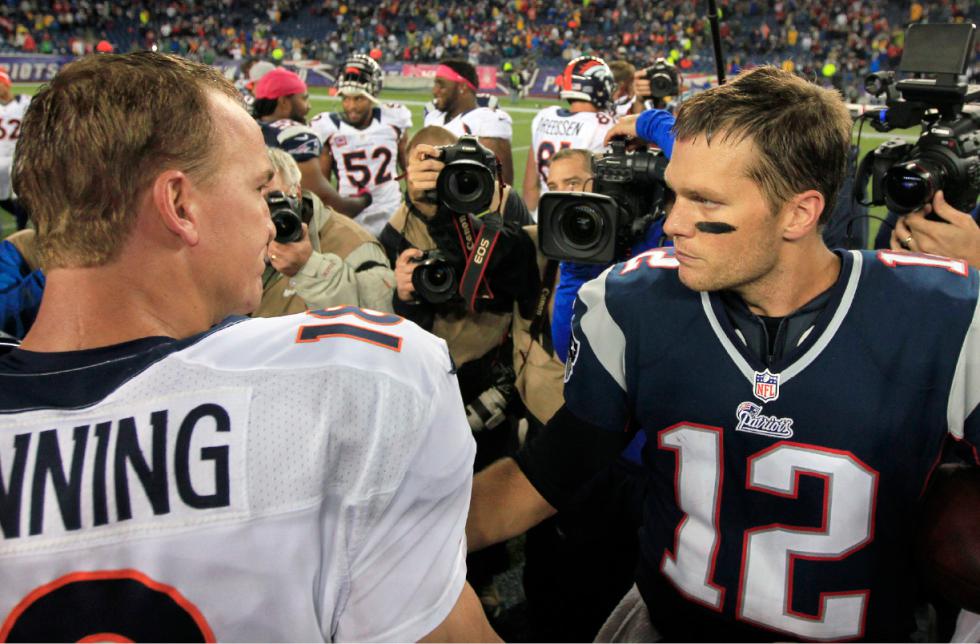 Peyton vs Brady….one last time. All eyes will be on the Mile High City on Sunday afternoon. This New England team has had its share of scary moments this year, one of them coming at Denver earlier when their undefeated season was ended at the hands of then Broncos QB Brock Osweiler. Now it seems like the Pats, playing in their fifth straight AFC title game, are ready to get back to the Super Bowl yet again and give Terrific Tom Brady a chance to win his record tying fifth Super Bowl for a QB.

Standing in his way is his nemesis Peyton Manning, even though Brady has dominated the rivalry with 11 wins to Manning’s 5, it still is Peyton Manning, one of the best ever to lace them up behind center. The Denver D has been super solid all season long and will keep them in this game, but it is going to come down to just how good Brady has been this year and having a healthy Rob Gronkowski back only makes him that much tougher.

Look for this game to go back and forth and to have moments that many fans of Brady and Manning will remember for a long time, but in the end the Pats just have too much on both sides of the ball and for Darth Hoodie to out coach Gary Kubiak in the game’s biggest moments. While this may be the last time we see these two all-time greats go head-to-head with this much on the line, they will definitely go out with a bang at Mile High!

TREND TO SINK YOUR TEETH INTO

Dan Leach was the world’s first human to live under the sea for more than 60 days, is the current U.S Ambassador to extra-terrestrial life, was the basis of Denzel Washington’s character Frank Lucas in “American Gangster”, was Santa’s #1 helper for most of his teenage years, and is a noted expert in the field of Time Travel.