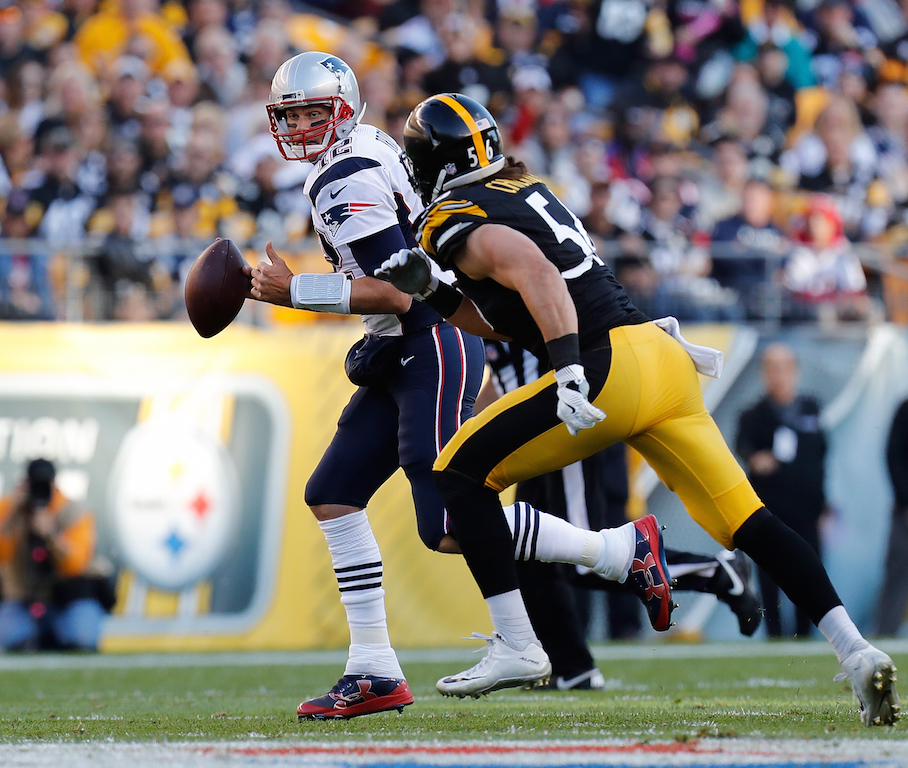 NFL Conference Championship Trends You Can Bet On

The first six NFL playoff games this season went chalk with the home favorites covering against the spread. That run came to a sudden and definitive end this past Sunday when both Green Bay and Pittsburgh advanced to the Conference Championship Round with victories as road underdogs in the final two Divisional Round matchups.

This Sunday’s showdowns for a spot in Super Bowl LI have been set and once again the Packers and the Steelers will look to shake up the NFL’s version of a Final Four as underdogs on the road. The following betting trends should serve as a good starting point when it comes to breaking down both of these highly anticipated conference title games.

Sound betting advice always tells you to ride the hot team and with Green Bay getting past Dallas 34-31 on Sunday as a five-point road underdog, it does not get much hotter than that with a straight-up eight-game winning streak while going 7-1 against the spread. The Packers have closed as underdogs in five games this season and they have covered ATS in four of those contests.

The top play in the NFC title game could be on the total line, which appears to be more suited towards a college football game at 60 points. The total went OVER 52.5 in Green Bay’s recent win at Dallas and it has now gone OVER in its last six games with a scoring average of 34.8 points during this same span.

The Falcons come into this game at 5-0 SU in their last five games and they have covered in four of those contests after hammering Seattle 36-20 as 6.5-point home favorites in that Divisional Round tilt. Atlanta still has a 4-5 losing record ATS at home this season and it is 6-5 this season ATS when closing as a favorite.

You could have made a small fortune this season simply betting the OVER in Atlanta games. With the total going OVER 51 points in Saturday’s victory against the Seahawks, the total has gone OVER in 15 of 17 games this year. The Falcons’ high-powered offense has averaged 38 points a game during their current five-game winning streak.

Head-to-head in this matchup, the road team is a perfect 5-0 ATS in the last five meetings. Green Bay came into the Georgia Dome on Oct. 30 and came up just short in a 33-32 loss as a three-point road underdog.

You could argue that the Steelers are even hotter than Green Bay at 9-0 SU in their last nine outings while going 7-1-1 ATS. The grinded their way past Kansas City 18-16 on Sunday night as 2.5-point road underdogs after sending Miami packing in the Wild Card Round in a 30-12 victory as 11.5-point favorites at home. The total stayed UNDER 45 against Kansas City and it has stayed UNDER in six of Pittsburgh’s last nine games.

Some of Pittsburgh’s recent postseason trends are not as favorable for bettors with a 1-3-2 mark ATS in its last six playoff games on the road. It is 2-0-2 ATS in its last four postseason games overall. The total has stayed UNDER or ended as a PUSH in the Steelers last five games in the playoffs.

New England has been hot since Day 1 with a 14-2 SU run through the regular season followed by Saturday night’s 34-16 victory against Houston as a heavy 16.5-point home favorite. The Patriots have now won their last eight games SU and their winning streak ATS stands at six games with Saturday night’s cover. The total went OVER the 44-point closing line against the Texans after staying UNDER in five of their previous seven games.

Head-to-head in this matchup, the underdog has gone 10-4 ATS in the last 14 meetings, but New England covered earlier this season as a 7.5-point home favorite in a 27-16 victory on Oct. 23.