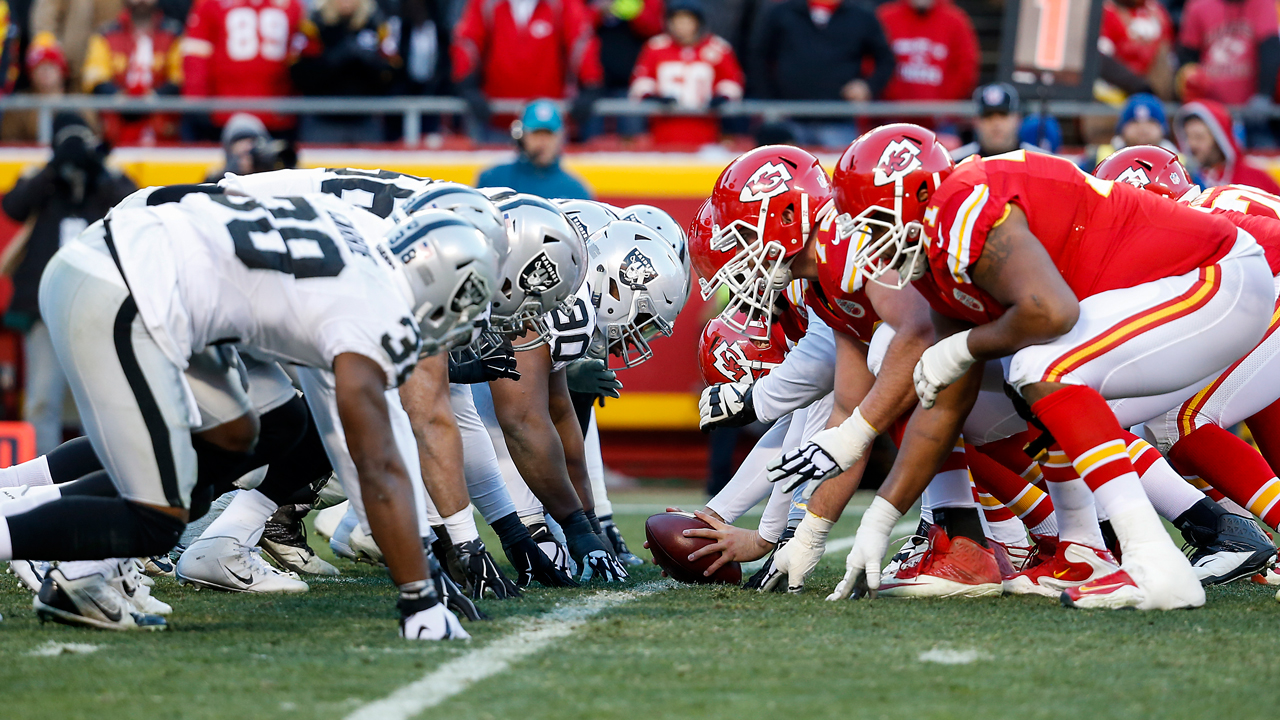 NFL Week 14 Trends You Can Bet On

For a good part of the 2016 NFL regular season the underdogs, both at home and on the road, were getting the best of things against the spread. That trend took a turn the other way last week with the favorites covering in nine of the 15 games on the Week 13 schedule. Through the first 13 weeks of the season according to the NFL league trends at Covers.com, underdogs still have a slight edge ATS with a 51.9 winning percentage on an overall record of 97-90-3. The betting results on the total line year-to-date favor a play on the OVER with a 52.1 winning percentage.

One of this week’s top matchups is Thursday night’s AFC West showdown between the 10-2 Oakland Raiders and the 9-3 Kansas City Chiefs. The Chiefs already have the early edge in the season series with their 26-10 victory on Oct. 16 as two-point road favorites and they have been listed as three-point favorites at home this time around to complete the sweep. The total line for this game has been set at 46.

Oakland comes into Arrowhead Stadium this Thursday night with a straight-up 6-3 record in its last nine road games against the Chiefs and it also has an 8-2 edge ATS in its last 10 trips to Kansas City. The total has stayed UNDER in six of the last eight meetings here. Recent trends also favor the Raiders with a perfect 5-0 record ATS this season on the road and they have gone 3-1 ATS when closing as an underdog. Kansas City is just 1-4 ATS in five previous home games this year and it is 3-4 ATS when closing as a favorite.

Moving to Sunday’s Week 14 schedule, another key divisional battle on tap sends 6-6 Houston on the road to face 6-6 Indianapolis as a six-point underdog. The total has been set at 47 for this AFC South tilt. The Texans have lost their last three games both SU and ATS and over their last eight games they are a costly 2-5-1 ATS. The Colts are coming off an impressive 41-10 romp against the New York Jets on Monday night as 1.5-point road underdogs with Andrew Luck back as their starting quarterback. They are now 3-1 both SU and ATS in their last four contests.

Houston drew first blood in this season series with a tight 26-23 victory on Oct. 16 that ended as a PUSH. The total went OVER the closing 48-point line. Indianapolis has owned this series on its home field with a SU 13-1 record at Lucas Oil Stadium in the last 14 meetings. It also has a 4-1-1 edge ATS in its last six home games against the Texans and the total has stayed UNDER in the last five meetings here.

Sunday Night Football features a NFC East showdown between the 11-1 Dallas Cowboys and the 8-4 New York Giants. Even with a 20-19 Week 1 loss to New York in a game that ended as a PUSH, the Cowboys are pretty much a lock to win the division title and they already have the inside track to earning the top seed in the NFC for the playoffs. New York is holding down the top wild card spot in the conference right now, but that could quickly change if it loses at home on Sunday night.

Dallas (9-2-1 ATS) comes into Round 2 favored by three points on the road and the total has been set at 47.5 points. New York (5-5-2 ATS) has dropped four of its last six home games against its bitter rival SU, but it still has an 8-4 record ATS in its last 12 games at home against the Cowboys. The total has gone OVER in seven of the last nine meetings in the Meadowlands of New Jersey.