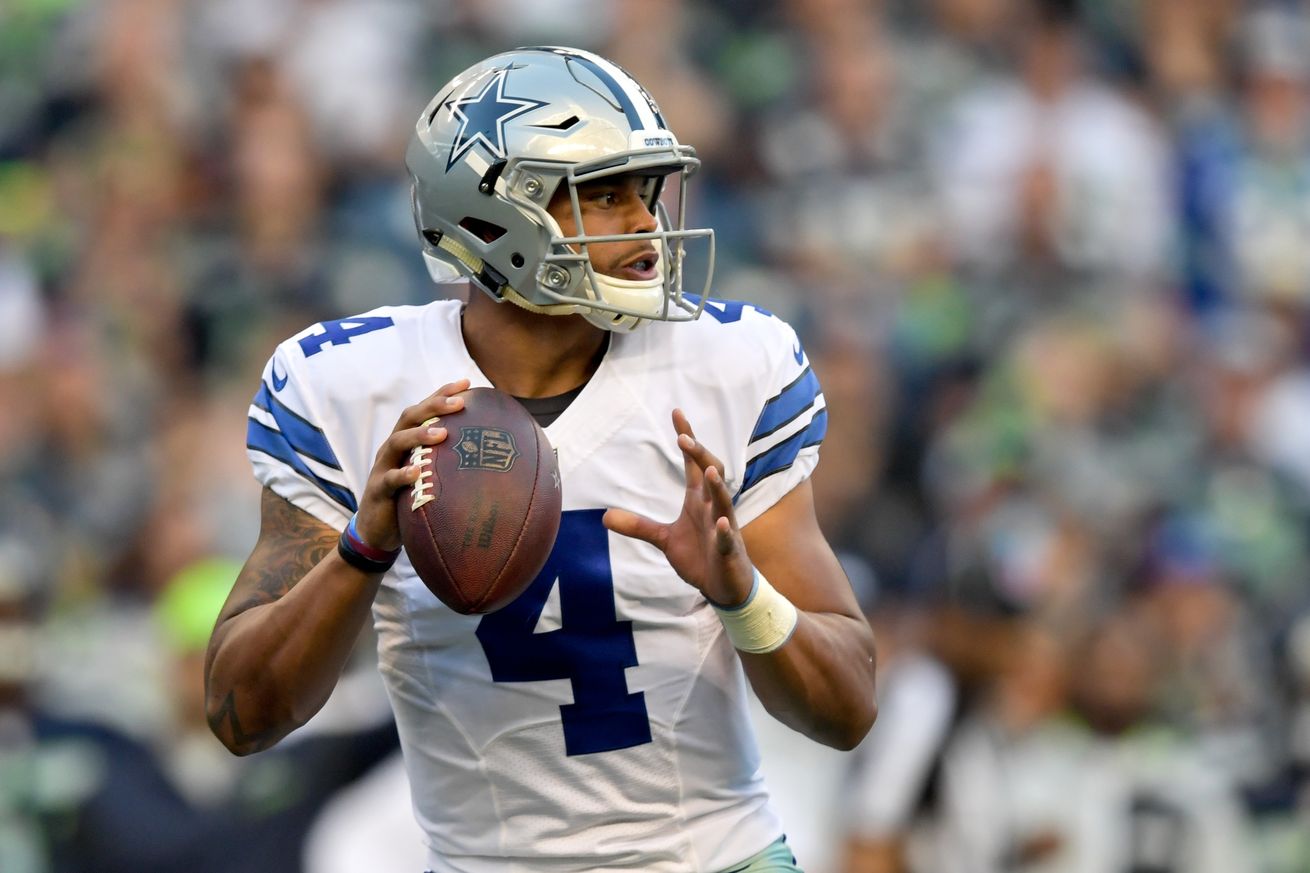 Every week during the NFL regular season you can usually find some very interesting special prop bet odds in conjunction with some of the hottest trending topics in the league. Last week they centered on Tom Brady’s return to New England’s starting lineup following a four-game league suspension and he blew the OVER away in two special props with 406 passing yards and three touchdown throws.

It is Week 6 in the NFL and two of the hottest trending topics are the surprising 4-1 Atlanta Falcons and rookie quarterback Dak Prescott’s fast start in Dallas, which is also 4-1 on the year. The first prop involving the Falcons is an “over/under” on their total points scored in this Sunday’s matchup against Seattle as 6.5-point road underdogs. The total for this game has been set at 45.5 points and the “over/under” on Atlanta’s total points has been set at 19.5 with a -120 money line for a bet either way.

The Falcons come into this matchup averaging 35 points a game, which is ranked first in the NFL. They hung 48 points on Carolina in a Week 4 win and last week against Denver that number dropped to 23 points in a big win on the road. These were easily the two toughest defenses that Atlanta has faced so far with vastly different results.

Seattle’s defense is ranked third in the league in points allowed (13.5) and in its 3-1 start it has held San Francisco to 18 points and the New York Jets to 17 points in its last two games. Neither of those teams would ever be classified as an offensive juggernaut and given the Seahawks’ early schedule it is valid to say that this vaunted defense has yet to be really tested. It is also valid to say that the Falcons’ offense is playing at a very high level right now so I see all the value in this prop on the OVER 19.5 points.

It was not that long ago when Dallas could not win a game without Tony Romo in the starting lineup and now that the veteran quarterback is still sidelined with a back injury, the Cowboys cannot seem to lose. One of the big reasons for this early success is the play of rookie quarterback Dak Prescott. In his first five NFL starts, he has completed 107-of-155 attempts for 1,239 yards and four touchdowns. The biggest stat on the board is zero, as in how many times he has been intercepted so far.

The prop bet odds that he does throw an interception this Sunday against Green Bay have been set at +100 for YES and at -140 for NO. The Cowboys head into Lambeau Field as 3.5-point road underdogs against a Packers’ team that is 3-1 on the year.

Everyone knows what Green Bay quarterback Aaron Rodgers means to this team, but the fast start can also be attributed to a defense that is ranked 12th in the NFL in points allowed (20.8) and ninth in yards allowed (317.8). The strength of this unit has been stopping the run and it is ranked first in the league in this category by holding its opponents to an average of just 42.8 rushing yards a game.

This should set up a very interesting matchup between Green Bay’s defense and the Cowboys’ other rookie phenom Ezekiel Elliott, who has rushed for 546 yards on 109 carries. If Elliott does get shutdown running the ball, then Prescott could be pressed into putting the ball up more than he has in his first five games. I actually like the Packers in this matchup and to me that also adds some more value to the YES play in this prop at even money.