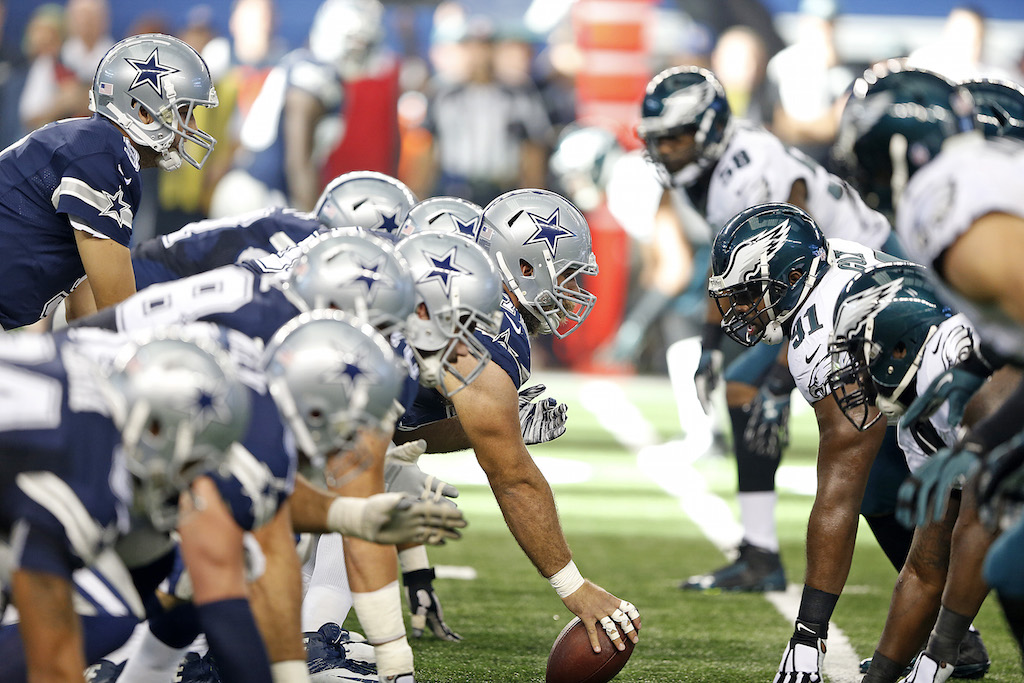 One of the top matchups on this Sunday’s NFL schedule is a prime time NFC East clash between the 4-2 Philadelphia Eagles and the 5-1 Dallas Cowboys. The Eagles opened the season with the longest odds to win their division, but they have gotten off to a fast start behind rookie quarterback Carson Wentz.

Most bettors thought the Cowboys’ season would go in the tank when veteran quarterback Tony Romo hurt his back in preseason, but the early play of rookie Dak Prescott is one of the big reasons why Dallas is off to such a hot start. Another reason is rookie running back Ezekiel Elliott, who currently leads the NFL in rushing yards.

Two special player props have been released in conjunction with Sunday night’s showdown starting with a head-to-head matchup between these two rookie quarterbacks. You can also bet on the “over/under” on Elliott’s total rushing yards in this game.

The betting odds for this prop favor Wentz to throw for more yards at -130 and the moneyline for Prescott throwing for more yards has been set at an even +100.

Wentz was elevated to starter in Philadelphia just before the season started when Sam Bradford got traded to Minnesota. He went on to lead his team to a 3-0 start while throwing for an average of 256 yards a game. After putting up 238 yards in a loss to Detroit, he has failed to throw for more than 200 yards in his last two starts. Overall, the Eagles’ passing game is ranked 29th in the NFL with an average of 210.7 yards a game

Based on these early results the value in this prop appears to lean towards Prescott, but I am still going with Wentz as my top pick. The Eagles are 4.5-point road underdogs in this matchup and I cannot help but feel that Wentz is going to have no choice but to move the ball downfield through the air to try and keep things close. The Cowboys should be able to rely heavily on a run game that is ranked first in the NFL in yards per game (161.2) to protect an early lead.

As mentioned, the former standout at Ohio State leads the league in rushing yards heading into Week 8 after gaining 703 yards on 137 attempts in his first six games. He started the season rather slow with just 51 yards in a loss to the New York Giants followed by 83 yards in Week 2 against Washington, but he has been picking up some major steam ever since. Before the Cowboys’ bye last week, he had rushed for 157 yards on 28 carries in a dominating 30-16 upset victory at Green Bay. Going back over his last four starts, Elliott has not rushed for less than 134 yards a game.

In conjunction with my pick in the first prop, I am going with the OVER as my top play in this one. As mentioned, I see the Cowboys’ going with a heavy dose of the run game against a Philadelphia defense that is giving up an average of 102.7 yards a game.