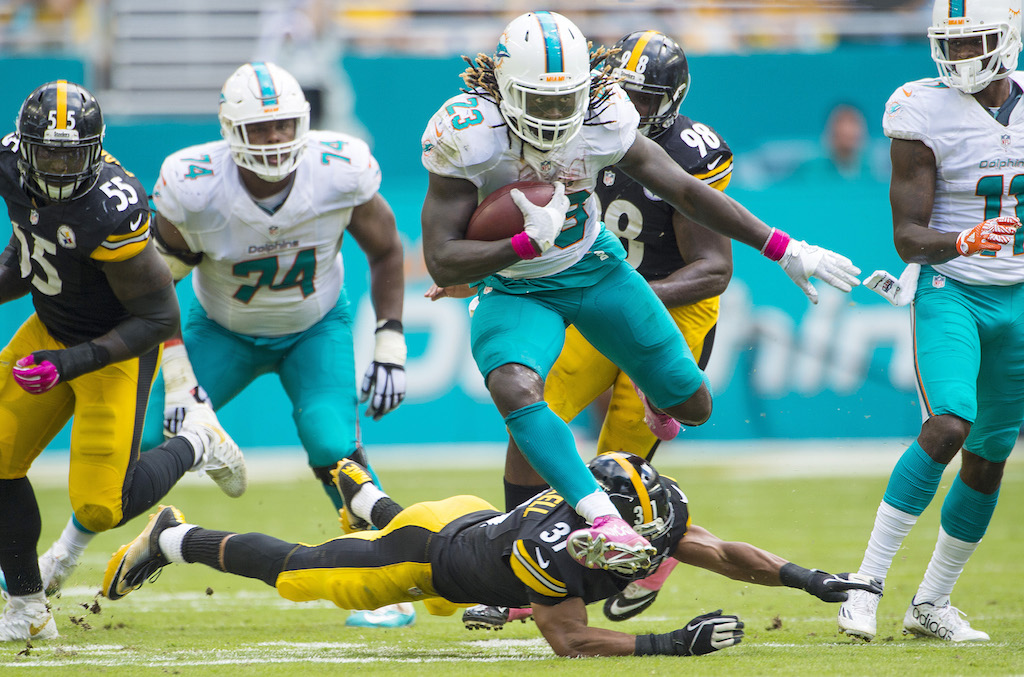 The weekend marks the start of the much anticipated NFL Playoffs with four games in the Wild Card Round. Along with a full set of betting odds for each matchup, most of the top online sportsbooks have also released a full set of player props to add even more betting action to the games. After carefully going through all the numbers, the following are my top two picks based on the value in the betting odds.

There are some high-profile quarterbacks in action this weekend and at the top of the list when it comes to throwing for the most yards is Pittsburgh’s Ben Roethlisberger at +200 betting odds. A close second is Green Bay’s Aaron Rodgers at +300 followed by Seattle’s Russell Wilson, Detroit’s Matthew Stafford and New York’s Eli Manning at +500. Rounding out the list for this player prop is Miami’s Matt Moore (+1000) and Houston’s Brock Osweiller (+1000). Oakland’s Connor Cook has been listed as a +2000 longshot.

While you probably cannot go wrong with a play on Roethlisberger or Rodgers given just how hot they have been playing lately, I am going to stretch the value in these odds with Manning as my top pick.

My main rational for this play is that he is probably New York’s only hope to win this game. Two weeks ago in a troubling 24-19 loss at Philadelphia, Manning was forced to put the ball up a ridiculous 63 times. He completed 38 passes for 356 yards in that loss. He ended the regular season well down the list in total passing yards with 4,027, but on a game-to-game basis he crossed the 300-yard mark four times including 350 yards passing in a loss to Washington and 403 yards in a victory at home against Baltimore.

Another plus for this play is that the Giants ended the regular season ranked 29th in the NFL in rushing with an average of just 88.2 yards a game.

There are only four running backs listed for this prop led by Pittsburgh’s Le’Veon Bell as a prohibitive -200 odds-on favorite to rush for the most yards in the Wild Card Round. Miami’s Jay Ajayi is next at +350 and the betting odds that Oakland’s Latavius Murray rushes for the most yards are set at +400. Green Bay’s Ty Montgomery rounds out this list at +750.

It would be hard to bet against Bell in this prop given that the Steelers are playing at home against the Dolphins as 10-point favorites. Riding an impressive seven-game winning streak, it is very conceivable that Pittsburgh could build an early lead and then turn to Bell to chew up the clock. He ended the regular season ranked fifth in the NFL in rushing with 1,268 yards despite the fact that he sat out his first three games due to a league suspension and the last game to rest for the playoffs. Adding even more fuel to this pick is a Miami defense that is ranked 30th in the league against the rush.

If you did want to take a flyer on one of the other players in this prop, I would probably go with Murray at +400 in the Raiders’ game against Houston on Saturday. Oakland (12-4) was one of the best teams in the NFL for most of the season, but the loss of quarterback Derek Carr has it poised for an early exit in its first playoff game since 2002 as a 3.5-point road underdog. Murray could be the Raiders only hope on offense given that backup quarterback Matt McGloin suffered a shoulder injury in last week’s loss to Denver. In his place, rookie Connor Cook is slated to get the start in this game.