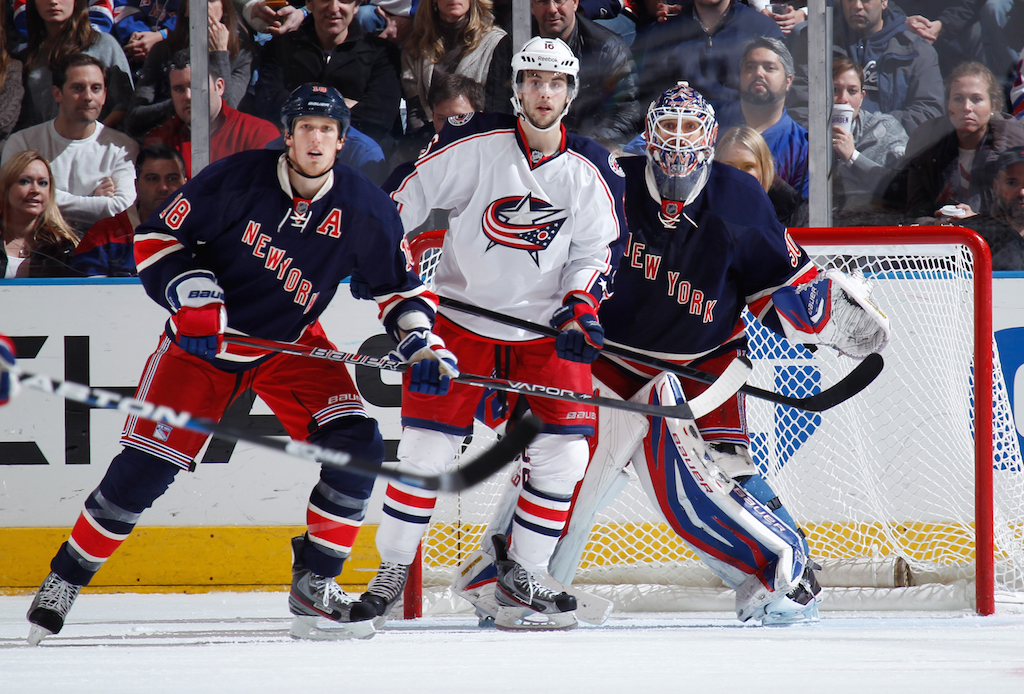 The final weekend in January marks the start of the annual NHL All-Star break and it also marks the start of the official push towards this season’s Stanley Cup Playoffs. The Washington Capitals in the East and the Minnesota Wild in the West have been able to post the most points in their respective conference over the course of the first half of the season, but sports bettors are more interested in which NHL teams have provided the best return on investment when it comes to the closing moneyline odds for the games.

The top betting team in the NHL at the mid-way point according to the current moneyline returns is the Columbus Blue Jackets. Heading into this Thursday’s road game against Nashville, their overall return has been plus $1476 with a return of $912 at home and $564 on the road. It has been a much less steady ride for Columbus since the beginning of the year with an even 6-6 record in its last 12 games. The Blue Jackets are sitting in second place in the Metro Division with an overall record of 32-11-4 and 68 points in the standings.

Another hot betting team all season long has been the Ottawa Senators in the Atlantic Division. They will close-out the first half of their season as -135 home favorites against Calgary on Thursday night in an effort to boost their current moneyline return of plus $1012. The Senators have been one of the better road teams this season at 12-8 and their moneyline return on the road stands at $898. What makes Ottawa so attractive right now is a 5-1 record in its last six games closing as an underdog.

The New York Rangers has also been a solid bet on the road this season at 17-7. This has boosted their overall moneyline return to plus $881. The Rangers are plus $1003 on the road as opposed to posting a $122 loss on the moneyline at home. They are 31-17-1 overall and holding down the fourth spot in the Metro Division with 63 points.

When it comes to betting the total line in the NHL, the top team for a play on the OVER has been the Pittsburgh Penguins with 30 of their first 47 games going OVER the closing betting line. They will be on the road this Thursday night against Boston before this weekend’s break and the total line for that game has been set at 5.5. The total has gone OVER in seven of Pittsburgh’s last 10 games and there was a stretch earlier this season when it went OVER in 12-straight games (mid-Nov. to mid-Dec.)

If you like to bet the NHL UNDER line, the Edmonton Oilers top this list with 28 of their first 50 games staying UNDER. The Oilers will be on the road against San Jose on Thursday night in a Pacific Division clash between two of the top teams in that division race. Going back over their last seven games, the total has stayed UNDER or ended as a PUSH in five of the Oilers’ last seven games.

A quick update of the NHL futures odds to win both a conference title as well as the 2017 Stanley Cup still lean slightly towards Washington. The Capitals are +375 co-favorites with Pittsburgh to win the East and +650 favorites to win the Stanley Cup. The Penguins’ futures odds to successfully defend last season’s NHL title are set at +700.

The top favorite to win the Western Conference title heading into the All-Star break is Minnesota at +300. The Chicago Blackhawks are next on the list at +350 and last year’s conference champs, San Jose are +700 third-favorites to return to the NHL Finals. Both the Wild and the Blackhawks’ odds to win the Stanley Cup are set +750 and the Sharks’ odds to win it all this time around have been set at +1200.