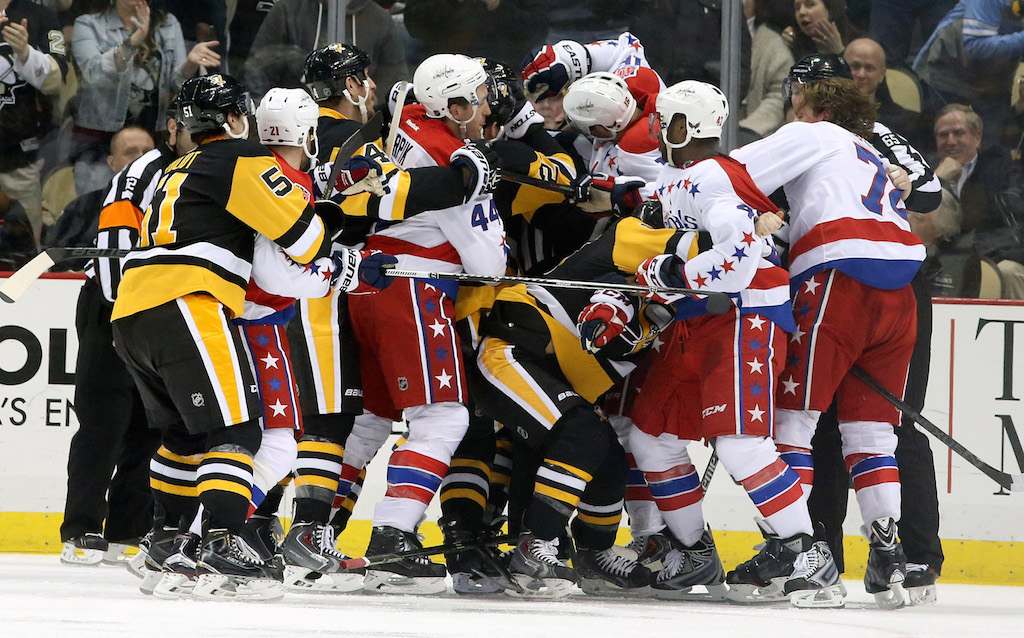 This season’s quest for the 2017 Stanley Cup moves to the second round of the playoffs with a pair of matchups in both the East and the West in the conference semifinals. These four best-of-seven showdowns featuring three head-to-head divisional matchups should feature playoff hockey at its best, but in the end only four teams will advance on in this postseason tournament.

My favorite way to bet on the futures odds for the NHL postseason is through the series prices that have been released for each matchup. After going a perfect two for two in my top opening round pick for each conference, I am going to try and get it right again based on the best value in the numbers.

The series price odds in the East paint a solid picture for Pittsburgh at +100 even money in its upcoming showdown against Metro Division rival Washington given each of these teams past success (and failures) in the postseason. However, I am sticking with the Ottawa Senators as +140 underdogs against the New York Rangers (-160) in the other semifinal series in this conference as my top play.

I liked the Senators’ chances to get past Boston as +150 underdogs in the opening round given their home ice advantage and I believe that edge carries over to this series as well with Ottawa once again in place as the higher seed. It needed six games to get past the Bruins (-170 series favorites) and while it will probably be a tougher task against the Rangers, I am going with the Senators in seven games this time around.

Ottawa defenseman Erik Karlsson has been playing with a foot injury since late March, but it has not slowed him down in the postseason. He ended the series against Boston with six assists and along with center Derick Brassard and right winger Bobby Ryan, this trio of players accounted for six goals and 15 assists in six games. Throw in the elevated play of goalie Craig Anderson with a goals-against average of 1.94 and you have the makings of a team that can advance to the next round.

I am not taking anything away from New York as a very good team, especially with Henrik Lundqvist between the pipes. I just so happen to believe that Ottawa is a more balanced team on both ends of the ice.

With both Chicago and Minnesota out of the picture as two of the top teams in the West in the regular season, the race to the Western Conference Finals should be a much more wide open affair. Starting in the Central Division, the series price odds for the Nashville vs. St. Louis series is a dead heat at -110 either way. I like the Predators in this one given their stunning 4-0 sweep against the Blackhawks, but I agree with the Oddsmakers that this one is too close to call.

I went with Edmonton over San Jose in the opening round as a -150 favorite as my top play and the Oilers payed off with a 4-2 series win. They now draw the top team in the Pacific Division in a best-of-seven clash against the Anaheim Ducks, who made short work of Calgary in a four game opening round sweep.

The series price odds favor the Ducks at -130 given their home ice edge, but I like the higher value in Edmonton’s +110 betting odds in another divisional showdown between two very closely matched teams. The Oilers carved out a slight 3-2 edge in the regular season series and I have them coming out of this series with a four games to three win.

The deciding factor for me is Edmonton center Connor McDavid, who posted 30 goals and 70 assists in the regular season before adding two more goals and two assists in six games against San Jose. I also give the slight edge in goal to the Oilers’ Cam Talbot with a 2.03 GAA in six playoff against stiffer competition.